Could fast food hurt your marriage? 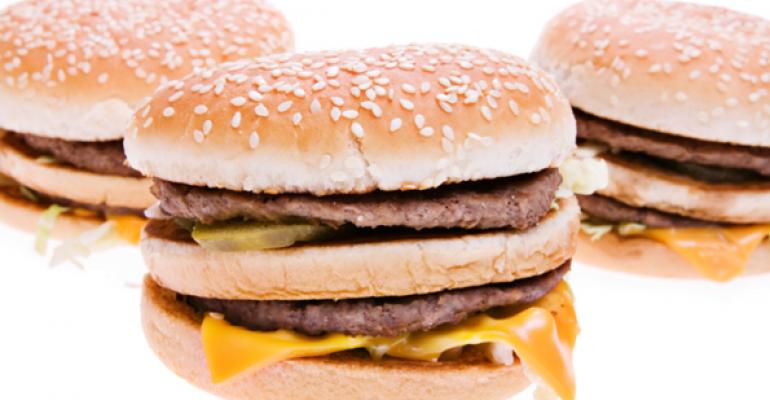 Ask any nutritionist, doctor or health professional whether regularly eating fast food is a good idea, and you will be answered with a resounding and unanimous “No.”

But apart from fast food’s tendency to pack on pounds and its dubious ingredient sourcing (although chains Burger King and McDonalds have commendably pledged more responsible business practices, such as using cage-free eggs and phasing out gestational crates), researchers from Ohio State University’s College of Medicine's Institute for Behavioral Medicine Research plan to examine the effects of fatty, salty food on marital relationships.

The newly launched study, conducted by husband-wife team Ron Glaser and Janice Kiecolt-Glaser, aims to understand how diet impacts the body’s response to stress, and also what the implications are, if any, in the health of relationships.

In the study, married couples will be invited for two daylong sessions. On each day they will eat identical-looking meals either high in saturated fat—in amounts similar to a typical fast food meal–or low in saturated fat. Afterward, study participants will be prompted to have a potentially stressful discussion with their spouse, such as finances or visits from in-laws. Blood samples will be taken before each meal and after each conversation.

While the study is expected to end in 2014, researchers hypothesize that after eating the high-saturated fat meal, pro-inflammatory proteins called cytokines will not only rise during arguments—an expected immune system response—but also stay elevated, putting married couples who eat fast food at a higher risk for diabetes, heart disease and cancer.

“What you’re eating may actually interact with your behavior, to make things worse in terms of your physiological response,” says Kiecolt-Glaser in a statement. “In previous studies, when discussions got a little more heated we saw bigger changes in stress hormones and larger changes in immune response. In this study, we theorize that after the high saturated fat meal, a negative discussion might increase physiological responses more steeply.”

Though the official verdict of the study is years away, err on the safe side and whip up one of the following healthful meals with your honey for lasting marital bliss.