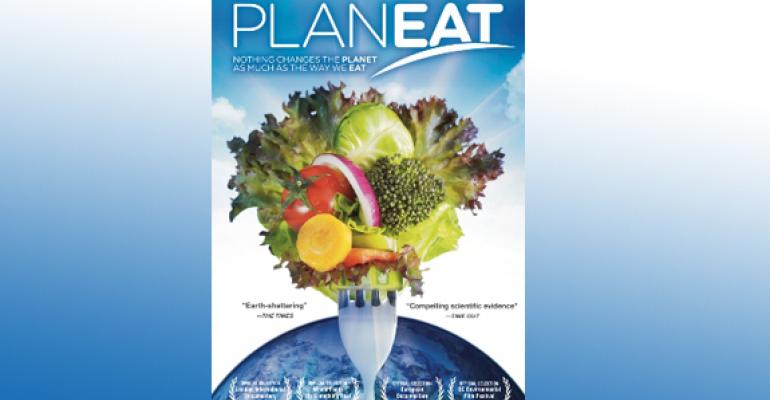 A new dense but delightful documentary weaves science and fabulous fare to tell the tale of plant-based eating for people and planet.

Planeat launched July 3 on DVD and streaming media after making its rounds at special screenings and movie festivals last year. Have a look:

The film features three passionate researchers who conclude—without preaching—that eating less meat or none at all leads to better health and makes environmental sense. Dr. T. Colin Campbell reviews his 20 years of research in China. Dr. Caldwell Esselstyn of the Cleveland Clinic, and now advisor to President Bill Clinton, shares results he’s experienced with his heart patients. And Professor Gidon Eshel measures the impacts of various food choices on the Earth.

The freshmen filmmakers Shelly Lee Davis and Or Shlomi add depth and interest by showing the men professionally and personally. Nothing’s more delightful than meeting Ann Esselstyn in her kitchen preparing wonderful-looking waffles. The recipe—typically grandmotherly with few measurements—is on Planeat’s website along with many others.

Beautiful images of delectable dishes and the chefs preparing them appear interspersed with the men’s analysis at all the right times, showing veggies have home in so much more than salad and relieving the viewer of ingesting too many stats at a time.

For businesses: Put whole, plant-based options on the menu.

The jumble of interesting vignettes, and sometimes odd graphics, may muffle those messages but at the same time allows the viewer to ponder the film and his or her relation to it, food and the planet.

For natural foods retailers, the documentary helps spread the message of healthy choices. And it’s one you can feature by offering a screening in your store or community. One yoga studio shared the film at an event that included vegan items and discount offers from other vegetarian and vegan purveyors.

Popeye had it right: Spinach really does build muscle
Jun 29, 2012