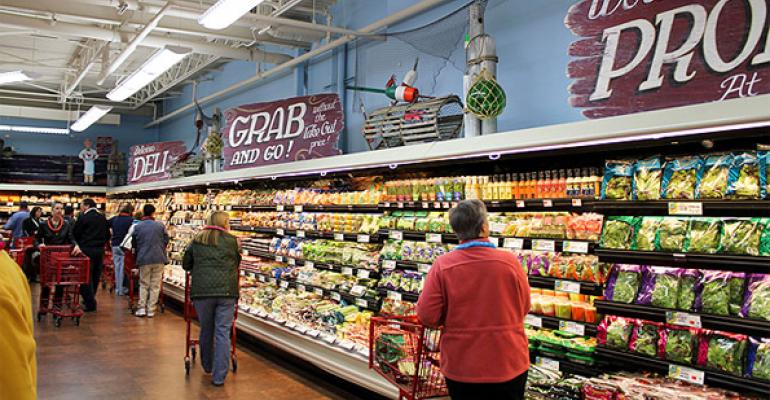 Food retailers come and go, and it’s usually not media worthy when a new grocer submits plans for opening in a new location—that is unless that grocer is Trader Joe’s.

Reports surfaced earlier this week that the popular natural and organic food retailer had filed paperwork with the State of Colorado to open three stores—with the first potentially located in Boulder. The news spread like wildfire over Facebook—with some Coloradoans using the platform to begin organizing carpooling groups for when Trader Joe’s actually opens. Local media outlets also jumped on the news, and one TV station interviewed me about what the opening of a Trader Joe’s might mean for Boulder.

As I told the Fox31/KWGN news reporter, it would be a bold move for any new food retailer to move into Boulder given our already crowded grocery market. We are home to Whole Foods Market’s flagship store, Sunflower Farmer’s Market, Sprouts Farmer’s Market, Natural Grocers by Vitamin Cottage, the newly reopened Alfalfa’s Market, and a cool independent grocer called Lucky’s, as well as conventional players Safeway and King Sooper’s—both of which have standout natural & organic sections in their Boulder stores.

But if any new retailer could make a successful go of it here in Colorado—it’s Trader Joe’s. I’ve never seen another national food retailer engender more shopper loyalty and enthusiasm than Trader Joe’s. To understand this, all one has to do is check out the Facebook posts from the thousands of people who have been lobbying for years for Trader Joe’s to move to Colorado. Nearly 5,000 folks signed a petition begging the retailer to come to Colorado.

If you’ve never shopped at a Trader Joe's, it’s probably difficult to understand why people are so doggedly loyal to and enthusiastic about the food retailer.

So why do people go ga-ga over Trader Joe's?

Let me count just some of the ways.

Trader Joe’s is known for being a yuppie magnet with its vast and nicely priced wine (that goes beyond the popular “Two Buck Chuck”) and cheese selections, but the retailer has really proven to appeal to a wide range of shoppers.

Foodies love the place for its unique product assortment that features flavors and foods from around the world. Busy parents with kids in tow are made welcome and at home within the store’s aisles. Organic and non-GMO advocates support the company’s broad selection of organic foods and its mission to never include genetically modified ingredients in any of its private-label products. Perhaps most enthusiastic, however, are the bargain hunters who can always find killer deals on everything from fair trade dark chocolate bars to dried banana chips at Trader Joe’s.

Trader Joe’s careful curation of products—most of which are part of their own private-label line—makes shopping there a cultural experience.  The retailer’s chipper sales clerks (who are always clad in Hawaiian shirts) and bell-ringing system for employee communication (so much better than an in-store PA) only add to its quirky and fun atmosphere.

Even though Trader Joe’s operates some 300-plus stores around United States, each location—with its relatively small footprint and carefully selected product offerings—feels more like a neighborhood grocery store than part of an $8 billion retail chain.

I personally like shopping at Trader Joe's because the retailer committed in 2008 to ensure that all of the ingredients used in its vast private-label suit of products are all GMO-free.

The presence of Trader Joe’s in any market certainly ups the ante for any natural and organic products retailer—and I imagine grocers in Colorado are feeling some pressure from just hearing the news that Trader Joe’s might be moving into the state.

That said, retailers can learn a lot from Trader Joe’s success—and many small, independent players are already implementing many of the things that fuel shopper passion for grocers like Trader Joe’s.

What are your thoughts? Do you like Trader Joe’s? If you’re a natural products retailer with a Trader Joe’s in your community, how do you compete? Post your comments below.