HomeNewsOrganic industry to Paris: Regenerative agriculture is solution to climate change
Recent
Latest
Sponsored Content
How brands can get their trade spend under control – article
Sponsored Content
Going organic lifts everyone up – video
6 natural brands partner with UNSTUCK on new product line to aid refugees
Jun 23, 2022
Sponsored Content
The power of organic messaging – download
Trending
Getting ready for 2023: Trends for brands to consider
May 17, 2022
Unboxed: 7 clean collagen powders with a twist
Jun 21, 2022
12 brands marketing positivity, kindness and joy
Jun 17, 2022
Coca-Cola axes Honest Tea, but its founders are just getting started
Jun 07, 2022
IdeaXchange
brought to you by 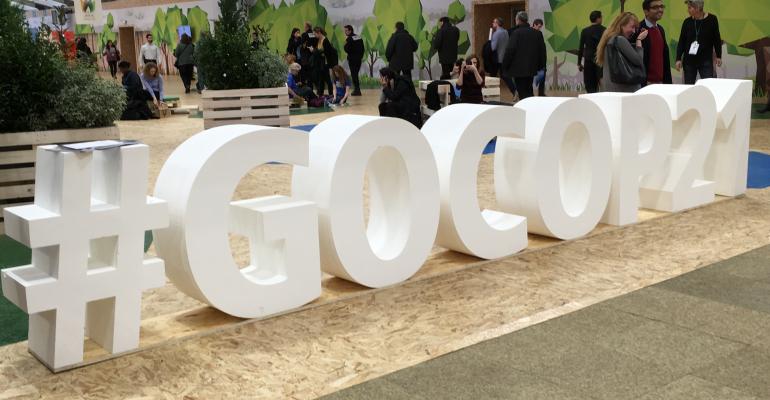 Live from the COP21 Global Climate Summit in Paris.

As delegations from throughout the world gather this week and next at the COP21 Global Climate Summit in Paris to discuss how to reduce our reliance on fossil fuels and increase availability of renewable energy, the role of food and agriculture is just beginning to become part of the global climate change conversation.

Led by the French government with its groundbreaking 4% Initiative, a number of organizations and nonprofits including Regeneration International, IFOAM Organics International, Kiss the Ground, Project Drawdown and others are at the COP21 summit to advance the concept of building healthy soils to sequester carbon and reverse climate change.

Why? Because reaching zero emissions is a fine, lofty goal, but it's already too late for that alone to cool our warming world. The only way to do that now, according to experts in regenerative agriculture and research from the Rodale Institute and others, is to draw carbon out of the atmosphere and put it back where it belongs: in healthy organic soils.

In fact, says the Rodale Institute (after conducting more than 30 years of ongoing field research), regenerative, organic farming practices and improved forestry, pasture and land management can move agriculture from one of today’s primary sources of global warming and carbon pollution to a potential carbon sink powerful enough to sequester 100 percent of the world’s current annual CO2 emissions.

"Simply put, recent data from farming systems and pasture trials around the globe show that we could sequester more than 100 percent of current annual CO2 emissions with a switch to widely available and inexpensive organic management practices, which we term 'regenerative organic agriculture,'" Rodale’s research team reported. These practices work to maximize carbon fixation while minimizing the loss of that carbon once returned to the soil, reversing the greenhouse effect."

Or, as the Wall Street Journal reported, Organic practices could counteract the world's yearly carbon dioxide output while producing the same amount of food as conventional farming.

Industrial agriculture responsible for nearly half of all GHG emissions

"When it comes to being responsible for human-caused greenhouse gas emissions, industrial food and agriculture—including production, processing, packaging and distribution—is second only to the energy sector," said Ronnie Cummins, director of Regeneration International. "Plus, with its reliance on fossil-fuel-based synthetic fertilizers and toxic pesticides, it is depleting our soils of essential organic matter and allowing carbon once stored for millennia in the soil to escape into the atmosphere. That is why we are here in Paris with an international delegation, to make sure our world leaders recognize the role of regenerative, organic farming, forestry, land management and soil conservation as a practical, low-cost solution to reversing climate change. The answer is, quite literally, right under our feet."

"Industrial farming is one of the major contributors to global warming, and to date, climate change negotiators and policy-makers have paid little attention to this fact," said Andre Leu, president of IFOAM Organics International and founding steering committee member of Regeneration International. "If we want to reverse climate change, business as usual is not an option. Only a transition to agro-ecology and organic farming can lead to deep cuts in emissions from food production," he said.

"Half of the smallholder farmers who grow the majority of global agricultural produce are amongst the world’s hungry, and they are also at the greatest risk of the impacts of global warming. Unless these farmers are given the agro-ecological technologies they need to meet the challenges posed by climate change, impacts on food production will be devastating, pushing millions into poverty," Leu added. "Agriculture and forest-related mitigation actions should thus contribute to food security and tackle activities with the highest emissions such as fertilizer use, particularly in 'high-emitting' countries."

4 percent sounds like a little but means a lot

With its recent launch of the 4% Initiative, the French government is taking the lead in calling attention to the role of food and agriculture in providing a solution to climate change.

"Building on solid, scientific documentation and concrete actions on the ground, the 4% Initiative: Soils for Food Security and Climate aims to show that food security and combating climate change are complementary," said Christophe Malvezin, agricultural attaché to the French Embassy in the U.S., at a recent press conference in Washington, DC, to announce the launch of Regeneration International.

According to the French Agriculture Ministry, a 4 percent annual growth rate in soil carbon content would make it possible to stop the present increase in atmospheric CO2. This growth rate is not a normative target for every country, said the ministry, but is intended to show that even a small increase in soil carbon stock (agricultural soils, notably grasslands, pastures and forest soils) is crucial to improve soil fertility and agricultural production—and to contribute to achieving the long-term objective of limiting the average global temperature increase to the 1.5°C to 2°C threshold beyond which the Intergovernmental Panel on Climate Change indicates that the 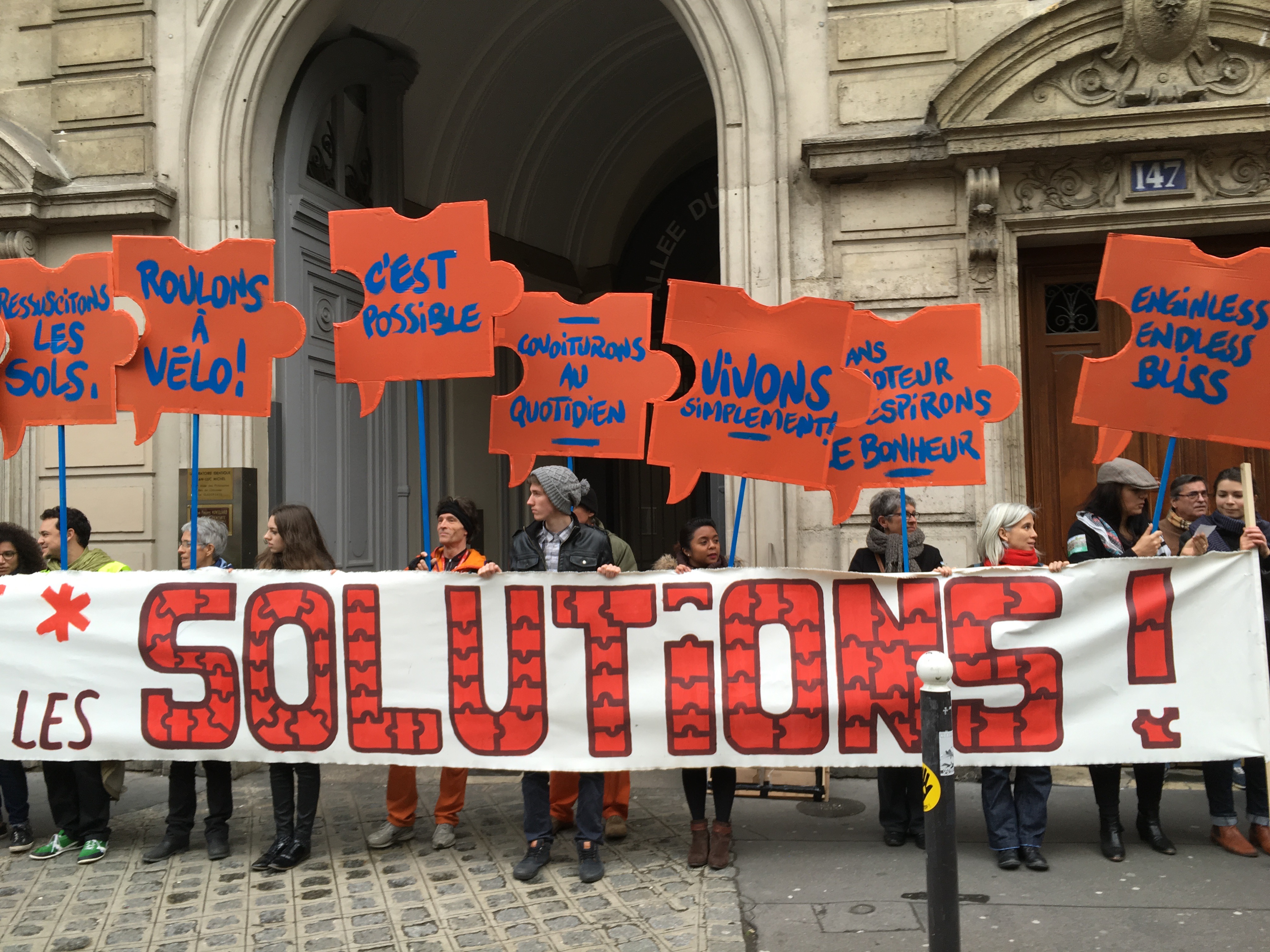 effects of climate change are significant. The initiative is intended to complement the necessary efforts to comprehensively reduce global greenhouse gas emissions, stated the French government.

In a special half-day session held on Dec. 2 at the COP21 Summit, David Nabarro, the United Nations Secretary General's special representative for food security and nutrition, outlined the "huge potential" for agriculture, based on the initiatives presented, to be a solution for climate change. "The time has come to reshape agriculture, but it must be of the right type: regenerative, smallholder centered, focused on food loss and waste, adaptation, soils management, oceans and livestock," Nabarro said.

"Approximately one-third of the carbon now in the atmosphere had formerly been sequestered in soils in the form of organic matter, but since we began plowing and deforesting, we've been releasing huge quantities of this carbon into the atmosphere. Moreover, these emissions are strongly associated with foods and diets that we now know are very unhealthy," Pollan wrote.

"Either we can continue to feed ourselves using millions of gallons of fossil fuels to make synthetic fertilizers and pesticides to support the unsustainable monocultures that undergird the present food system, or we can turn towards modern organic and regenerative agriculture. The good news is that, thanks to the innovations pioneered by our most creative farmers, we already know how to do the right thing. We can produce healthier food while at the same time storing carbon in soil--carbon taken from the atmosphere, thereby helping to reverse climate change."

Founded in June 2015, Regeneration International's mission is to "build a global network of farmers, scientists, businesses, activists, educators, journalists, policymakers and consumers who will promote and put into practice regenerative agriculture and land-use practices that: provide abundant, nutritious food; revitalize local economies; regenerate soil fertility and water-retention capacity; nurture biodiversity; and restore climate stability by reducing agricultural greenhouse gas emissions while at the same time drawing down excess atmospheric carbon and sequestering it in the soil."

In doing so, RI is mobilizing consumers, farmers, environmentalists and businesses; aggregating research and information; and providing tools and resources in multiple languages for producers, land managers, scientists, and governments worldwide.