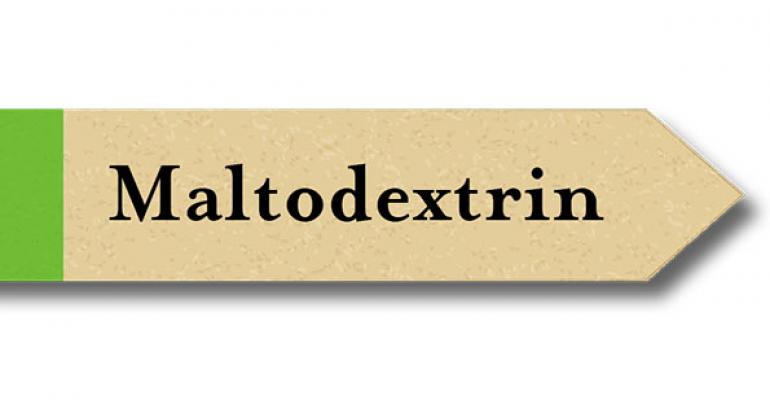 An inexpensive, non-sweet, low-calorie, fine white powder derived from starchy grains or vegetables like corn, potatoes, rice, cassava or (in Europe) wheat. Manufacturers use heat, acids and/or food-grade enzymes to reduce the starch to a short chain of small, swiftly absorbed glucose molecules. Some “resistant maltodextrin” is resistant to digestion.

It’s ever-present in workout gels, drinks and bars because of its ability to thicken products without adding a lot of sweetness, and its ease of digestibility. “It is one of the fastest-burning carbohydrates on the market making it an excellent option for sports nutrition products,” says sports nutritionist Marie Spano, RD, noting that athletes use it to get energy during a workout and replenish glycogen (sugar) stores in the muscles afterward. It’s also used to add texture in baked goods, moisture to low-fat products like salad dressings and bulk to artificial sweeteners. In recent years, companies have used resistant maltodextrin to bolster fiber content in processed foods.

In 2012, the Center for Science in the Public Interest filed a lawsuit against Nature Valley for marketing its granola bars as “natural” despite the presence of “highly processed” maltodextrin and high fructose corn syrup. “They do not exist in nature, and not even under the most elastic possible definition could they be considered natural,” said CSPI Director Michael Jacobson. CSPI also recently called out Cascadian Farms for using resistant maltodextrin as a “fake fiber” in its granola bars, noting that, “Unlike bran and other unprocessed, intact fibers, most isolated, processed fibers do a poor job of preventing constipation or lowering blood cholesterol.”

Others note that the primary source of maltodextrin is genetically modified corn, and that some products could be made with wheat—a common allergen. “Those with celiac disease or a wheat allergy should verify that the maltodextrin in their product is not made from wheat,” says Spano.

What science says about maltodextrin

GMOs and allergies aside, some researchers have raised a different concern about maltodextrin: that it may alter the bacteria in the gut exacerbating gastrointestinal problems like Crohn’s disease. Christine McDonald, PhD, an irritable bowel disorder researcher with t 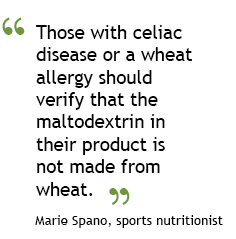 he Cleveland Clinic published a study in July 2014 showing that mice exposed to maltodextrin suffered a breakdown of anti-microbial defenses in their gut, enabling salmonella to proliferate. Lab studies have shown it can promote growth of E. coli.

Is it OK for maltodextrin-containing products to carry a natural label? Why? Or why not?