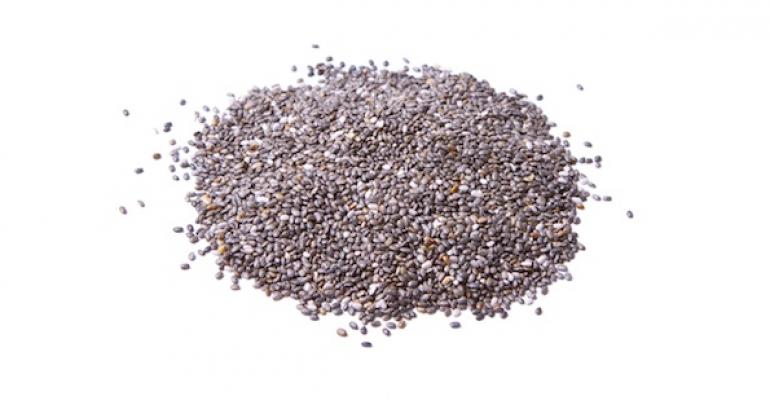 Just as chia seeds are peaking in popularity, the tiny superfoods have been implicated in dozens of Salmonella cases, forcing several brands to issue recalls for chia powder products. &nbsp;

Chia seeds, the superfood darling featured in everything from smoothies to snack bars to cereals, are now at the center of most brands’ worst nightmares. The Centers for Disease Control and Prevention has connected sprouted chia seeds to at least 65 Salmonella infections in the United States and Canada. So far, brands including Organic Traditions, GreenSmoothieGirl and Navitas Naturals have issued recalls on chia and chia-flaxseed blend powders.

“This is the first time that chia seeds have been identified as a food that transmits Salmonella,” Dr. Laura Gieraltowski, an epidemiologist with the U.S. Centers for Disease Control and Prevention told Food Safety News.

It’s an unfortunate step backward for the superfood that has experienced meteoric growth over the past several years. Chia seeds were among the top natural trends moving mainstream in 2014, according to a diet trend report from Today’s Dietitian, and the number of products containing chia swelled almost 50 percent in the 12-month period ending September 2013, according to Innova Market Insights.

Superfood company Navitas Naturals was the first brand to issue product recalls on May 28 and since then products sold under at least 14 brand names have been included in recalls as well. The outbreak has caused Navitas Naturals to reevaluate its supply chain, Zach Adelman, the company’s CEO said in a press release. “We take our responsibility to consumers very seriously and we are taking immediate actions within our supply chain and with our own quality assurance protocols to ensure this does not happen again,” Adelman wrote.

In an interview with Bloomberg news, the CDC's Gieraltowski guessed the chia products may have been contaminated during the seed sprouting process, because it takes place in a warm, moist setting where bacteria also thrive.