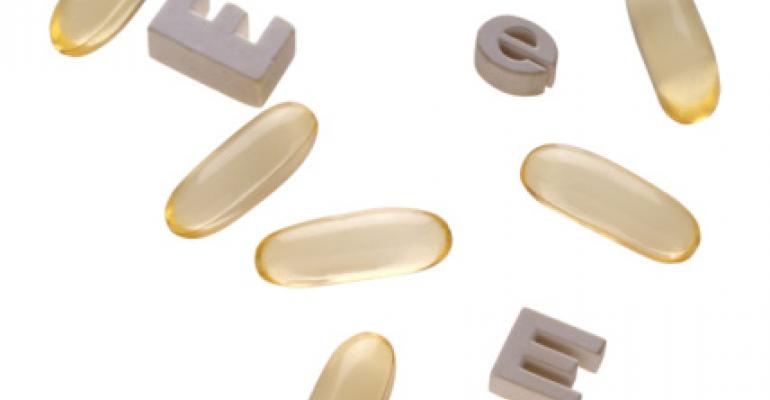 Vitamin E ingredient prices have tripled over the last year, while demand has stagnated. Sources point to a possible price fix.

Some companies quote natural E prices climbing to $250 per kilo on the open market—three times its price a year ago. Manufacturers and marketers downstream are feeling the pinch, leading some to raise prices on finished products and others to discontinue vitamin E products altogether. NOW Foods, for example, has run out of one of its popular vitamin E products and plans a 30 percent hike for its E line in January, according to general sales manager Dan Richard.

“Prices have doubled—or higher—over the past three months, and now we are having trouble getting any,” Richard told Nutrition Business Journal. “In some cases, if you want it, we don’t have it for four months.”

Curiously, though, the extreme shortage in supply corresponds to an especially low point in demand, a market dynamic that doesn’t add up. According to Nutrition Business Journal estimates, annual vitamin E supplement sales have been shrinking since 1999, having settled to a base of $340 million in 2009 and 2010. Subject of several disparaging meta-analyses published in the Journal of the American Medical Association and the British Medical Journal, vitamin E has been linked to increased risk of heart disease, prostate cancer and all-cause mortality—all contributing to a decade of freefall.

Supply costs have risen across the board in the last two years, mostly because of adverse weather events, along with impact from currency flux, the growing global middle class and increasing amounts of raw materials diverted to biofuels.

But none have climbed quite as high as natural vitamin E.

“The market for vitamin E is pretty dead. That’s the wrong time to play with prices,” said NOW’s Richard. “This seems to me to be an artificial situation.”

And a price fix wouldn’t be too far-fetched a conclusion—it’s happened before.

Throughout the '80s and '90s, a cartel of 21 chemical and ingredient manufacturers across the globe, led by BASF and Hoffman La-Roche, colluded to set prices and volume on supply of letter vitamins. In 1997, the U.S. Department of Justice and other global regulators quashed the cartel, fining the implicit companies billions.

More recently, four Chinese manufacturers have been knocked for colluding to fix the price of vitamin C in the early 2000s, and the case is set to be heard before a U.S. judge in 2012.

Just what’s happening in vitamin E is up for debate. NBJ took an investigative look into the possible conspiracy in our 2011 Global Nutrition Industry issue, and sources pointed to several potential culprits. The issue demands more scrutiny, and NBJ will stay abreast of the situation as it unfolds.