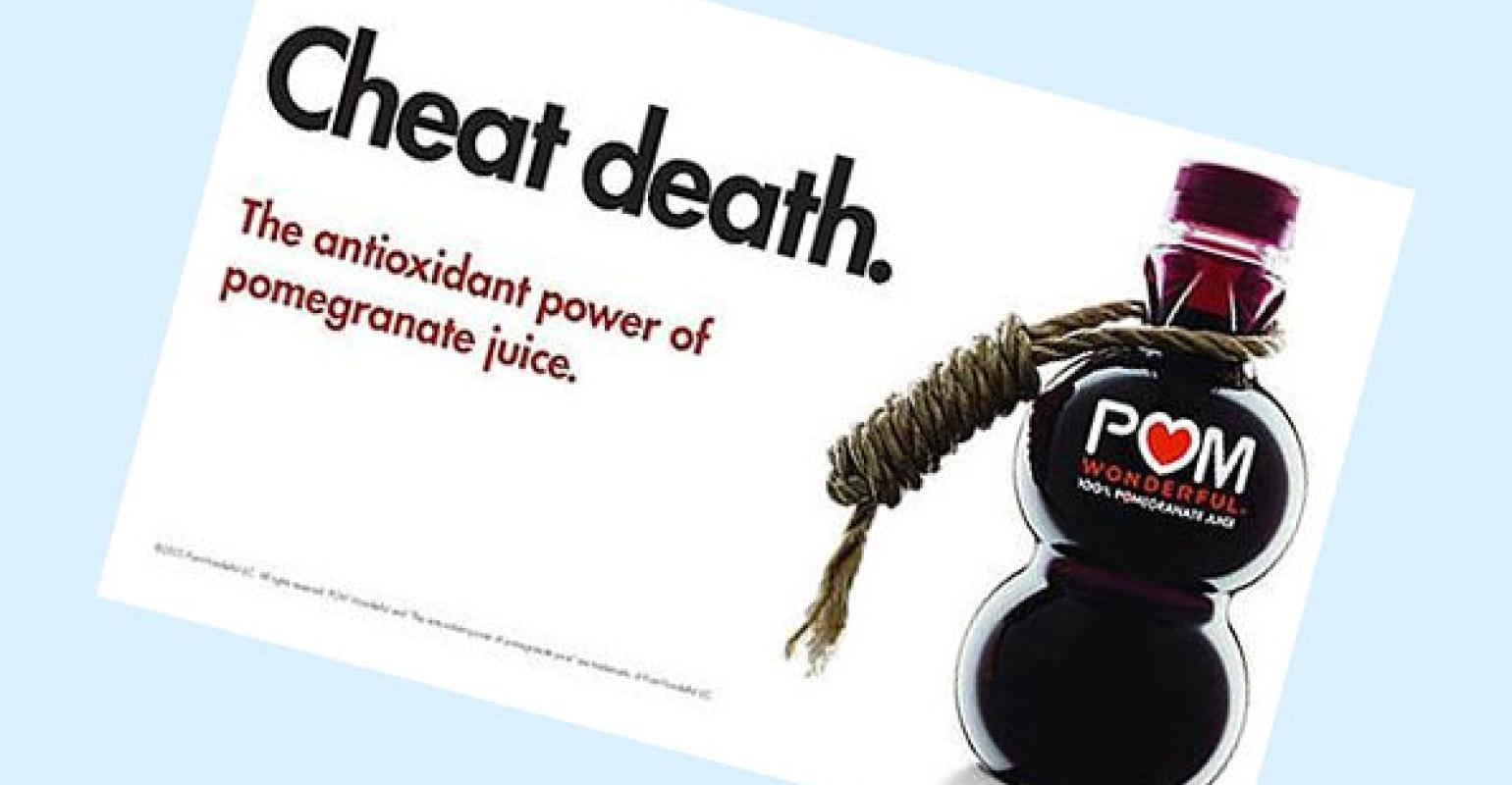 An FTC judge ruled that some health claims made on POM&#39;s products were adequately substantiated while others were not. Who is the victor of this two-year FTC vs. POM Wonderful lawsuit?

In a May 21 press release titled “Court Affirms POM's Right to Inform Their Consumers of Products' Health Benefits,” pomegranate product maker POM Wonderful announced it had won out over the Federal Trade Commission (FTC) in a major lawsuit brought on by the regulator regarding disease claims made on POM's products.

The agency initially sued POM in September 2010 for making disease claims regarding prostate health, erectile dysfunction and heart health on its juice and supplement products. Closing arguments were made on March 6, 2012.

The 335-page ruling from FTC’s Administrative Law Judge (ALJ) states: “The greater weight of the persuasive expert testimony in this case leads to the conclusion that where the product is absolutely safe, like POM Products, and where the claim or advertisement does not suggest that the product be used as a substitute for conventional medical care or treatment, then it is appropriate to favor disclosure." Only a “fraction” of the advertising literature challenged by FTC could be considered to make claims that POM’s products prevent or reduce the risk of disease, the company's press release says, implying that POM would address those claims in due course.

“At first glance, it looks like this could be a pretty big setback for FTC,” said Ivan Wasserman, attorney at Manatt, Phelps & Phillips. “FTC has invested a significant amount of resources in this case.”

The Commission set a standard for health claims of similar scope to POM’s in previous consent orders against Nestlé and Dannon, requiring two double-blind, randomized, placebo-controlled human clinical trials and U.S. Food & Drug Administration (FDA) preapproval to substantiate further use of those claims.

Though POM has invested over $35 million in scientific research regarding its products, FTC asserted in its lawsuit that the quality of the science failed to meet its standard for substantiation. The ALJ’s ruling seems to say that POM has significant enough science to meet the majority of its label claims and that the claims are germane to the nature of the science.

"Through its lawsuit against POM, the FTC tried to create a new, stricter industry standard, similar to that required for pharmaceuticals, for marketing the health benefits inherent in safe food and natural food-based products. They failed,” said Craig Cooper, POM’s chief legal officer, in the release.

"While we are still analyzing the ruling, it is clear that we will be able to continue to promote the health benefits of our safe, food products without having our advertisements, marketing or public relations efforts preapproved by the FDA and without having to rely on double-blind, randomized, placebo-controlled studies, the standard required for pharmaceuticals.”

"This is POM's spin," said Wasserman. Since the company conceded in its release that some of its advertising may require revision, it would appear that POM did not “win” across the board.

“Although we disagree with the finding that some of our ads were potentially misleading,” the statement said, “Roll Global [POM’s parent company] will make appropriate adjustments if necessary to prevent that impression in the future.” According to language in the decision, though randomized, double-blind, placebo-controlled clinical trials may not be necessary to prove all health claims, POM's substantiantion on certain implied disease claims was inadequate.

The decision here is also not set in stone.

“This case is just at the Administrative Law Judge level,” Wasserman said. “Now, either side can appeal all or parts of the decision to the Commission itself. The FTC Commissioners can overturn this decision in its entirety, without giving deference to the ALJ.” So POM’s victory lap may prove premature. However, should the Commission reverse any or all of the ALJ’s decision, POM could then appeal to the Federal Courts.

Both parties have invested a great deal of resources in this case, so an eventual trip to the Court of Appeals is not out of the cards.

What does it mean for the natural products industry?

Since this decision goes against the grain of the consent orders previously issued by FTC to various food and supplement manufacturers—where randomized, double-blind, placebo-controlled clinical trials were proffered as the gold standard for claims substantiation—it reopens the conversation about what constitutes reliable scientific evidence. “The ALJ must have determined that [POM’s] claims accurately reflected both the type and nature of the science,” said Wasserman.

Assuming the claim language can be directly correlated to the scientific results, perhaps there is room for substantiation less strict than the randomized, double-blind, placebo-controlled standard? According to the ruling, "for claims that a food or food-derived product treats, prevents or reduces the risk of a disease, experts in the relevant fields would agree that competent and reliable scientific evidence must include clinical studies, although not necessarily double-blind, randomized, placebo-controlled clinical trials." That last clause is damning to FTC, as it, to some extent, throws the agency's gold standard out the window.

newhope360 will report more on this story as it develops.

FTC attorneys unimpressed by POM's $35 million investment in science
May 25, 2011