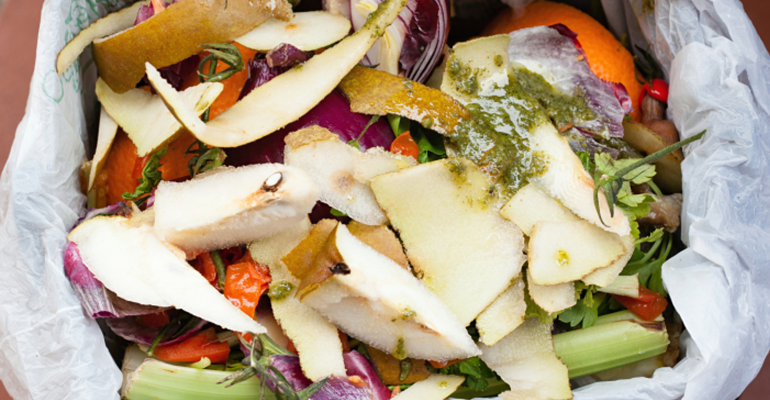 People are least likely to think about food waste while they are dining out, and they care about saving money more than the environment.

Although food waste is top-of-mind for many consumers, not everyone is aware of how and why as much as 1 billion tons of food each year ends up in landfills. the United Nations estimates that fully one-third of food produced never reaches a human mouth.

A recent survey by the International Food Information Council Foundation highlights situations and attitudes regarding food waste: Consumers think of food waste least often when eating out; most food waste results from home-cooked leftovers; and saving money is more important than saving the environment.

Related: Woman on a mission to fight hunger and food waste

“About 800 million people around the world still go hungry every night, with many more who are undernourished. The more we can understand about attitudes and behaviors around food waste, the more progress we can make toward solving this arduous problem,” Clayton said.

Related: To tackle climate change, we need to rethink our food system

Results of the survey, A Survey of Consumer Behaviors & Perceptions of Food Waste, were released during the Future of Food Summit hosted on Sept. 18 by Meredith Corp. The summit brings together thought leaders across academia, agriculture, manufacturing, retail and the media to discuss the future of food and how the food system needs to change for the better.

Food waste is less of a concern when eating out

In addition to consumers’ actions, the survey gauged how often people considered food waste while grocery shopping, eating at home and eating out.

Among all respondents, 78% said they “always or sometimes” thought about food waste while eating at home; 75% while grocery shopping; and 61% while eating out.

Conversely, 24% and 22% of consumers said food waste never crosses their mind while grocery shopping or while eating at home, respectively. And 39% said they never think about food waste while eating out.

The percentages of respondents who never thing about food waste when they eat at home didn’t vary much—20% to 25%—by gender or by ethnicity.

When asked to choose the top three types of food that most often end up in the garbage, 74% of consumers discarded leftovers of foods prepared at home, 67% threw out fresh produce and 50% tossed leftovers from restaurants.

No other foods—including meats, dairy products or shelf-stable items—were reported wasted by more than 27% of respondents.

So why does food get wasted? In a question that asked consumers to choose their top two reasons, 84% reported spoiled or stale food as the most common reason foods ended up in the trash, followed by cleaning out the pantry at 49%, and others in the household not wanting to eat the foods at 28%.

In terms of where we make food choices, food waste is always on the mind of 34% of consumers while grocery shopping, 28% while eating at home and 19% while eating out.

Those 44 years and younger are more likely than people of other age groups to think about food waste in all three situations, the survey found.

Of those youngest respondents, 45% said they always think about food waste while they are grocery shopping, compared with 27% between 45 and 64 years old, and 19% of those 65 and older.

While eating out, 27% of the youngest cohort always consider food waste, they said. Of those between 45 and 64, 15% said the same, as did only 8% of those 65 and older. However, 61% of those younger than 45 said restaurant leftovers end up in the trash, compared with 41% of the two older groups.

The youngest cohort also was less likely to say they discarded food because they were cleaning: 43%, compared with 54% ages 45-64 and 55% ages 65 and older.

Money is a primary motivator to reduce food waste

“Reducing the amount of money spent” was cited by 42% of all respondents regarding grocery shopping, 35% when eating out and 32% when eating at home.

Age correlates with these responses while grocery shopping, with 45% of those under 45 years old citing the money they spend as their top food-waste consideration, but only 32% of those 65 and older offered the same response. Similar splits exist for those eating at home or eating out.

For A Survey of Consumer Behaviors & Perceptions of Food Waste, researchers interviewed 1,000 adults 18 years and older on Aug. 13 and 14. Data were weighted to ensure proportional results. It had a margin of error of 3.1% at a 95% confidence level.