USDA to give speedy approval to new GE crops 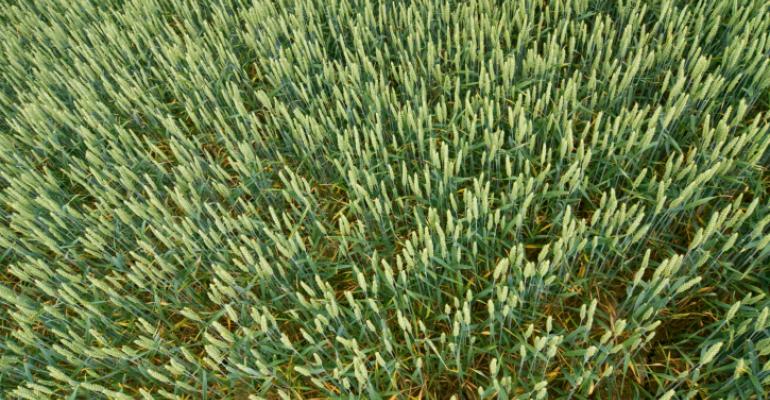 The USDA recently announced it will expedite genetically engineered (GE) seed deregulation petitions. Is this the kiss of death for organic? We dig into why science on GMOs remains murky and what this new process means for the non-GMO movement.

In the wake of an unsuccessful lawsuit between the Organic Seed Growers and Monsanto Co., and news that BASF—the largest chemical company in the world—will be relocating it’s biotech plant headquarters to the United States, the USDA has also granted speedy approval of new genetically engineered (GE) crops.

According to a recent press release titled “USDA Announces Improvements to Genetically Engineered Petition Process,” the duration from when a petition is submitted to the USDA’s Animal and Plant Health Inspection Service (APHIS) for deregulation, to when it’s approved—a process that normally takes roughly three years to complete—will be shaved in half.

In the press release, Ed Avalos, undersecretary for marketing and regulatory programs for the USDA stated, “With the improvements announced today, APHIS will significantly reduce the average length of the petition process while maintaining strong oversight. The new process will also provide the opportunity for earlier input from the public on petitions for deregulations, allowing USDA to better serve all its stakeholders.”

While the USDA touts the amended process will provide farmers with a wider range of beneficial choices, many believe the term "stakeholders" refers primarily to biotech supergiants, such as Monsanto.

What are the repercussions?

For non-GMO activists, consumers who spent $1 billion in Non-GMO Verified products in 2011, and the 600,000-plus citizens who have signed Just Label It’s petition to tell the FDA they want GE foods labeled, this is an egregious setback.

Bill Freese, science policy analyst for the Center for Food Safety—an organization which has filed numerous lawsuits against Monsanto—clarifies why the espousal of the new initiative will bastardize the already-muddled system of deregulation. “In the former regulatory process, the USDA conducted environmental assessments of new seeds intended for deregulated use. Only after these assessments were released could the public comment on the projected petition. With the new ‘streamlined’ system, public considerations are taken from the very beginning," Freese explained.

“This is not a good process because the public needs to have opportunity to comment on the adequacy of the environmental report.” The pledge to cut approval time is disturbing because the USDA is already doing a subpar job reviewing petitions and crops, said Freese. “They haven’t vetoed one GE crop to date.”

The speedy approval is a coup for companies such as Monsanto, Dow AgroSciences, and Syngenta Biotechnology, who in 2011 alone submitted deregulation petitions for drought-resistant corn [MON 87460], Roundup Ready sugar beets, cotton engineered for insect resistance [COT67B], Roundup Ready alfalfa, soybeans engineered for insect resistance [MON 87701], and most disturbingly, corn resistant to the herbicide 2, 4-D (one of the active ingredients in Agent Orange and a known immunosuppressor), among others. These companies consistently insist the transgenic products are tested and safe to eat.

Why the murky science?

The science over whether GMOs pose a health risk to humans is measly. But while inconclusive, animal studies show negative effects. For example, in one study rats fed GM tomatoes developed stomach ulcerations. In another, rats who ate GM potatoes grew excessive gut lining, similar to pre-cancerous conditions. And research published in Livestock Science found that sheep fed GM insecticide-producing corn over three generations showed disturbances in the liver and pancreas of their lambs, suggesting GMO harm accumulates over time.

It may be the repercussions of GMO foods manifest over decades rather than years; which would explain why “There has not been a single substantiated instance of illness or harm associated with GM crops,” as stated on Monsanto's website. Monsanto introduced their first biotech crops in 1996.

Marcia Ishii-Eiteman, senior scientist at the Pesticide Action Network explains the paltry science behind biotech plant consequences in her recent article, "Wanted: Scientific Integrity on GMOs." “The reason we cannot get a reality-based conversation started on GMOs is because we have precious little independent science on their effectiveness or safety… global ag biotech firms like Monsanto, Dow and DuPont actively suppress science under the heading of protecting ‘confidential business information.’”

Notwithstanding, apart from human health, the pure nature of genetically modified organisms dictates a massive increase in herbicide and pesticide use—which tangible and extensive science proves is detrimental to both the ecosystem and to humans.

While further details over the USDA’s accelerated deregulation process will be released later this month, the news trails the conclusion of a lawsuit between the Organic Seed Growers & Trade Association (OSGTA), et al. v. Monsanto. The court case, filed on behalf of 83 organic farmers, independent seed companies, and agricultural organizations, tackled Monsanto’s patent rights on their seeds.

GMO contamination is a salient issue with organic farmers, as pollen—especially from corn—can drift into neighboring crops, reducing both the value and integrity of their organic status. The fear, said OSGTA, is that Monsanto will sue organic farmers for infringing their patent rights if, and when, larger volumes of GE seeds sully their fields.

On Feb. 27, the U.S. District Court for the Southern District of New York dismissed the OSGTA’s claim, citing the allegations were “unsubstantiated… given that not one single plaintiff claims to have been so threatened.” Additionally, the ruling found the farmers were “creating controversy where none exists,” thus undermining the veracity and magnitude of both organic farming and the non-GMO movement.

But the USDA’s decision to speed biotech deregulation shouldn’t be the harbinger of doom to the non-GMO movement. Rather, it is even more reason to reenergize the campaign against GMOs.

With Natural Products Expo West 2012 just around the corner, industry leaders such as Megan Westgate of the Non-GMO Project, David Bronner of Dr. Bronner’s Magic Soaps, and Gary Hirshberg of Stonyfield Farm Inc., are scheduled to participate in education sessions. Without a doubt, attendees will be inspired with a lofty vision of organic values. With 60,000 industry professionals expected to attend Expo West this weekend, the non-GMO movement will infallibly be reenergized, despite the recent setbacks.