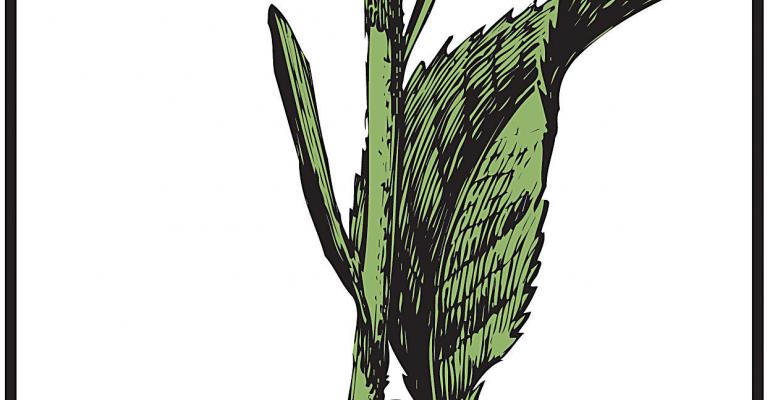 In August 2013, the American Botanical Council (ABC) is celebrating the 30th anniversary of its esteemed flagship publication HerbalGram. Over the course of its three-decade-long existence, HerbalGram has transformed from a simple, one-color newsletter to a full-color, 80-page magazine-journal hybrid full of beautiful botanical photography and heavily researched and peer-reviewed articles. The evolution that HerbalGram has undergone is significant, yet its editorial mission to educate the public on medicinal and beneficial plants has remained steady.

Three decades ago, in the summer of 1983, ABC Founder and Executive Director Mark Blumenthal produced the very first HerbalGram, which was then titled “Herb News” with “Herbalgram” as a subtitle. “Herb News” was the name of a previous publication that Blumenthal initiated as president of the now-defunct Herb Trade Association, an organization founded in the 1970s to focus on the emerging herb industry. Blumenthal, who also was running his former herb distribution business Sweethardt Herbs, spent his nights and weekends writing and editing articles for the HerbalGram newsletter, not yet realizing that one day it would birth an entire organization to help lead the botanical movement within the United States.

“One of the herb community’s biggest challenges, especially back in the early 1980s, was credibility,” said Blumenthal. “Herbs were like the Rodney Dangerfield of medicine; they got no respect. People considered herbs to be simply ‘folk medicines’ and they were unaware—and, unfortunately, many still are unaware—of the growing body of scientific and clinical research that supports many traditional uses, as well as modern applications. Throughout its history, starting with Rob McCaleb’s ‘Research Reviews,’ HerbalGram has been a leader in reporting the emerging science on herbs. Today, we see many publications, blogs, and websites reporting on the latest herbal research, and for this, we are grateful that what we helped start 30 years ago has gained so much interest and momentum.”

Originally published with the financial support of the newly formed American Herbal Products Association (AHPA), of which Blumenthal was a founding board member, the first HerbalGram was an eight-page, black-and-white, stapled-at-the-spine newsletter consisting of “herb blurbs” on herbal scientific happenings, media watch items on herbal-related news articles, a handful of paragraph-long “Rob’s Research Reviews” authored by then-Associate Editor Rob McCaleb (who, at the time, was also head of research at Celestial Seasonings), listings of herbal information resources and schools, and more. The editorial staff consisted of just Blumenthal, as editor, and McCaleb.

The second issue of the newsletter was published jointly by AHPA and the Herb Research Foundation (HRF), which was founded that year by McCaleb, as president, and Blumenthal, as vice-president. Barbara Johnston and Bobbi Close worked part-time as assistant editors. It now featured the title “Herbalgram” in larger, predominant font. This issue took on a more defined format, with organized sections on industry news, conferences/meetings, HRF news, and “potpourri" — a catch-all section featuring various news of possible interest to the growing herbal industry and surrounding community. In the years that followed, HerbalGram underwent many changes that transformed it into the publication it is today. In 1988, at five years old, HerbalGram (issue 18/19) welcomed color to its pages for the first time with a cover illustration of St. John’s wort (Hypericum perforatum) and doubled in size from 24 to 48 pages. That issue also was the first published by HRF as well as ABC, which Blumenthal founded that same year with ethnobotanist Jim Duke, PhD, and the late Professor Norman Farnsworth, PhD, in order to help transition the publication from newsletter to magazine. In 1992, issue 28 was the first full-glossy, four-color issue, and featured the first plant photograph to grace the magazine’s cover (Harvard’s glass flowers). In 1999 came the first perfect-bound issue and an increase to 82 pages, along with the 32-page ABC book catalog. One year later, in 2000, issue 50 was the first to be published under ABC’s name alone (although HRF members still receive HerbalGram as a benefit of membership).

Thirteen years and 50 issues later, HerbalGram has remained a leading publication for the botanical community. Its staff has grown to include an art director and four full-time editors, including Blumenthal as editor-in-chief. In addition to its in-house writers, its articles are authored and peer reviewed by numerous botanical experts from around the world. HerbalGram and its monthly electronic version (HerbalEGram) are read by thousands of readers in more than 81 countries, representing a range of diverse professions, from research scientists (e.g., pharmacognosists, ethnobotanists, etc.) and health practitioners (e.g., herbalists, naturopathic physicians, pharmacists, conventional physicians, etc.) to industry members and government regulators.

“HerbalGram is a unique hybrid periodical blending popular interpretation of scientific studies on medicinal plants with original peer-reviewed research,” said ABC Board of Trustees President Steven Foster. “Under Mark Blumenthal’s steady editorial guidance, the information has always been cutting-edge and, in a word—reliable. From history to new clinical studies, reporting on new regulatory and market developments to comprehensive reviews, and covering the world’s herbs and the world of herbs, no publication has provided more to all interested stakeholders in every aspect of herbal medicine. It’s been a remarkable journey.”

“As part of ABC’s public educational mission,” added Blumenthal, “we have always tried to ensure the accuracy, reliability, and authority of the information in HerbalGram. It is quite common for us to send a feature article out to four to five and, sometimes, up to eight or nine expert peer reviewers to check the facts.”

Starting early, HerbalGram was a leader in presenting extensive literature reviews on specific herbs, starting with sarsaparilla (Smilax spp.) in issue 17, then St. John’s wort in issue 18/19, followed by feverfew (Tanacetum parthenium) in issue 20, valerian (Valeriana officinalis) in issue 21, and hawthorn (Crataegus monogyna) in issue 22—all of which were written by herbalist and author Christopher Hobbs, RH (AHG). Some of these reviews helped establish a scientific basis for the specific health benefits of each herb and, in other cases, helped clear up some erroneous and inappropriate marketing claims being made at the time. Issue 39 contained a 24-page literature review of kava (Piper methysticum) by Yadhu N. Singh, PhD, and Blumenthal, and issue 40 introduced the American Herbal Pharmacopoeia’s first-ever monograph (on St. John’s wort). Other literature reviews included a cover story on the increasingly popular adaptogenic herb Rhodiola rosea (issue 56) and a cover story on the South African antioxidant tea rooibos (Aspalathus linearis) in issue 59.

Recent HerbalGram issues have featured significant articles, such as the 2009 and 2010 feature stories on climate change’s impact on medicinal plants, the rising sales of pet supplements, and the usage of endangered animal parts in traditional medicines—all authored by then-Managing Editor Courtney Cavaliere. Each year, HerbalGram publishes its annual Herb Market Report, which is widely used and cited by numerous medical and scientific journals and industry publications and companies. Additional key articles published in recent issues have included the myth of the unregulated industry; the history, ethnobotany, and modern uses of Turkish rose (Rosa spp.); FDA’s approval of the second botanical drug, crofelemer; and much more.

In 2012, meanwhile, ABC brought HerbalGram into the digital age by launching an online page-flip version of the journal that is available on smartphones, tablets, and computers. According to an ABC press release on the development, “The flip-formatted HerbalGram creates a stunning visual display on numerous digital devices. Each issue contains dozens of full-color, high-quality photographs of botanicals that can now be appreciated on an even greater scale.”

ABC Board of Trustees member Peggy Brevoort, president of Brevoort, LLC, congratulated the organization and the many others involved with the magazine “who have had the perseverance and vision to make it and the entire herbal industry grow into the respected entities they each are today.