How mission-driven TaDah Foods won over the sharks 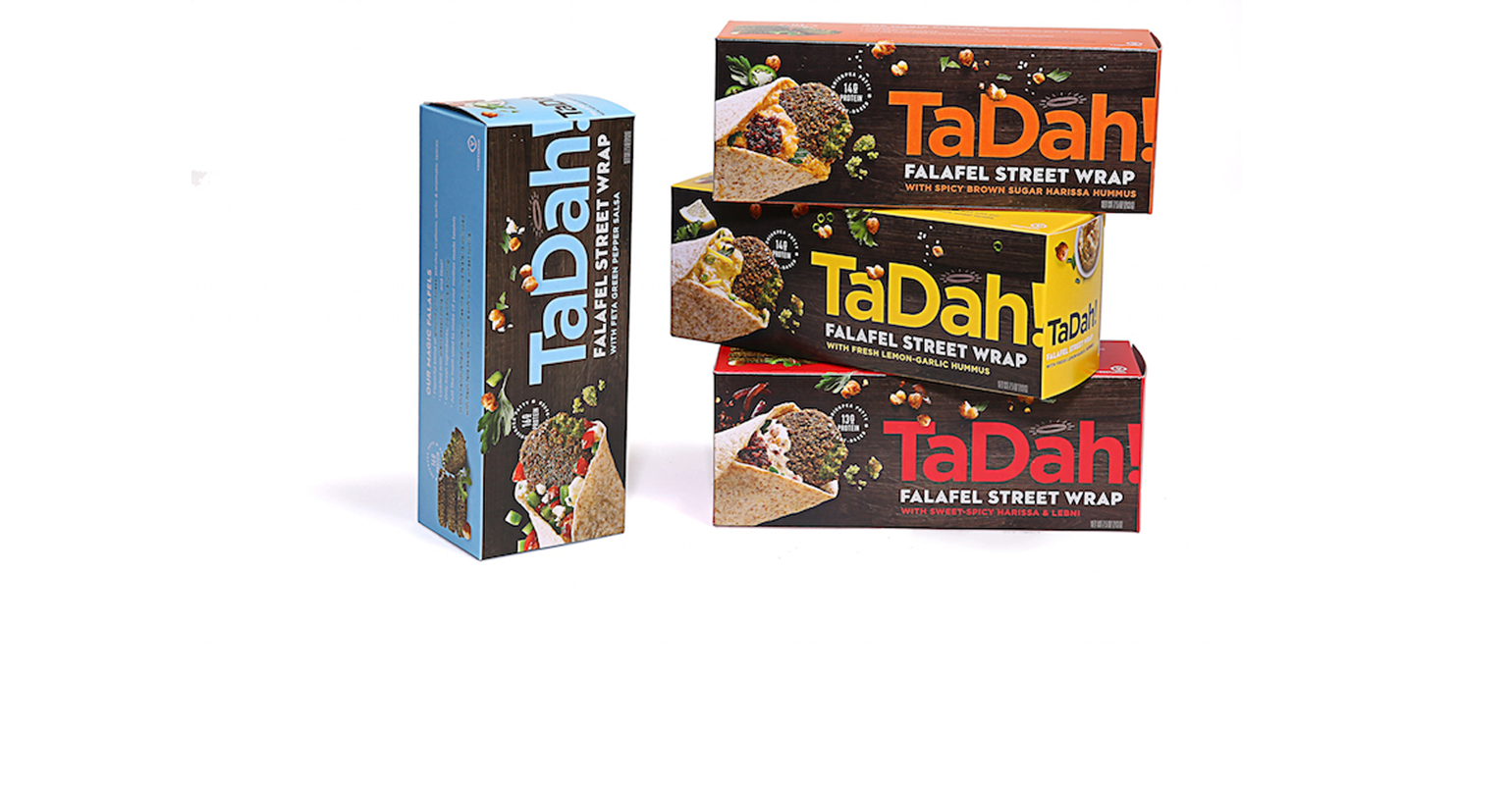 This Nutrition Capital Network alumnus landed a surprising $500K deal when he took his brand to Shark Tank, boosting sales when the company really needed it.

Sharks can be downright ruthless, especially if they’re nicknamed Mr. Wonderful. But on the season premiere of ABC’s Shark Tank in September, one mission-driven entrepreneur turned the entire panel to mush.

John Sorial, a former chemical engineer turned founder of TaDah Foods, a Nutrition Capital Network alumnus, first wowed the sharks with the freshness and flavor of his frozen Falafel Street Wraps and hummus-stuffed Falafel Poppers. Guest shark Daniel Lubetzky, founder of snack bar company Kind, even asked Sorial if he’d whipped up the food fresh in the back. He was shocked to learn that Sorial had purchased the items from a local grocer’s freezer case prior to the show.

Although their taste buds were delighted, the sharks’ enthusiasm waned once they began probing into TaDah’s business model and growth trajectory. After learning about the brand’s struggles with a co-packer that had resulted in big losses in 2018, as well as its pledge to donate 25% of its profits to nonprofits advocating for social change, the sharks questioned whether TaDah was worth an investment.

However, Lubetzky identified with Sorial’s business struggles and shared about a contentious time in Kind’s history when he feared his company would go under. This prompted a choked-up Sorial to explain why he started TaDah and why it is so important to him—and to all of the kids who benefit from the company’s charity—to keep the brand alive. His testimony tugged on all of the sharks’ heartstrings and inspired both Lubetzky and Mark Cuban to offer solid deals.

Ultimately, Sorial chose Lubetzky’s offer of $500,000 for 25% of TaDah because, as he explains, “Daniel is passionate like I am about making social change through commerce.” The two have been working closely together ever since, and today TaDah’s business is booming.

We sat down with Sorial recently to learn more about his incredibly journey, TaDah Foods’ noble mission and how his passion and grit through tough times have paid off royally—for the company, for consumers seeking delicious plant-based foods and for social justice.

What was your inspiration for TaDah Foods? 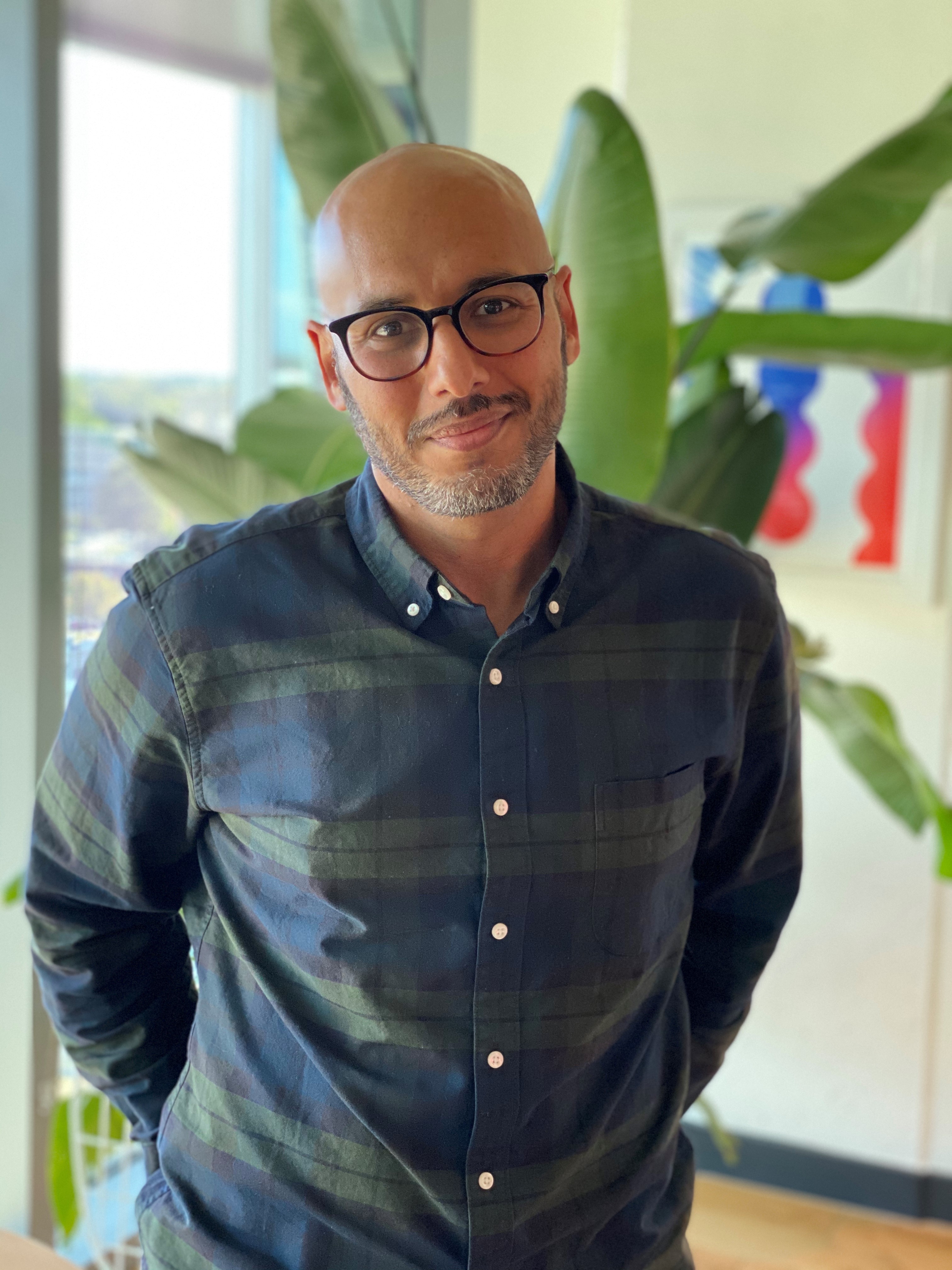 John Sorial: My family immigrated from the Middle East, and even though many of them had professional degrees, they all turned to foodservice and restaurant work to make it here. But of course, when you’re the son of college-educated people making a living in the food space—which there is absolutely nothing wrong with, by the way—they want something more for you. They made me swear to never go into the food industry.

So I was a good son: I worked in chemical engineering, then moved into corporate marketing, and I was fortunate to be successful in those careers. But I was unfulfilled, so I left the corporate world for the not-for-profit space. I was passionate about that work but frustrated with the amount of time spent planning fundraising events and not on the mission itself. This got me interested in social capitalism and companies whose core purpose is to create change in the world. And because the pull of food is just in my blood, it felt like a natural next step for me to fall back into food.

OK, but why falafel?

JS: I was messing around with a few different ideas, but I saw big gap in both plant-based foods and the frozen foods space. Then I was working at my computer one day, got hungry, made some frozen falafel and threw it in a tortilla. I was typing away one-handed while holding this falafel burrito in the other hand and I thought, this is really good. There is something here. No one else is doing flavor-focused plant-based meals like this.

How did you begin building your company?

JS: One benefit of being encouraged by wonderful parents is you believe you can do anything. Also, as an engineer, you have a problem-solving mindset. So I started researching and, based on my corporate experience, I knew I needed to set up the company to scale from the beginning. I leapfrogged the whole "making it in your own kitchen and taking it to the farmers market" thing. I knew I had to find a co-packing facility and move units from day one.

How did you get your products in front of retailers?

JS: We got a booth at Natural Products Expo West in 2011, and this is where being naïve and not knowing what you don’t know came in handy. But I said OK, this is it! Expo West was beyond humbling in the best possible way. Our booth was swamped; it was chaos—and I loved every minute of it.

I had this one amazing moment when a very highly respected buyer pulled me close and said, “I’ve been coming to this show for years and I think this product alone made it worth coming this year. I’m going to put you in Central Market.” Then a vice president at UNFI tried our product, called over their team and said, “Put these in all of our East Coast warehouses immediately.” New Hope nominated us for a NEXTY Award, which was incredibly validating. Since everything is hard, hard, hard when you’re just starting out and it gets tough to keep pressing forward, you really need those early wins.

JS: From there, we just took off like a rocket. We went national pretty quickly. There was just such a pent-up demand for convenient plant-based foods that are really focused on flavor. I wish I could take credit for this design, but I just leaned on the wisdom of my cultural ethnicity. Generational cooking has perfected bringing out the flavors of plants, and this is not something we can replicate in a lab. I forced our production flow and the way we produce at the co-packer to closely mimic how we make food in our homes and restaurants in order to impart the most flavor.

So clearly, consumers were impressed!

JS: Definitely. Although we were competing with the pioneers of the plant-based category, we brought a fresh approach. At one point we were among the top 10 natural frozen entrees and were the fasting growing of the 10—and we were doing it with an average of two SKUs per shelf.

But then you encountered a big snag in manufacturing. What happened?

JS: We sought to increase efficiency and throughput, so we moved to a new co-packer. This ended up being a critical setback because that co-packer became financially insolvent and almost took us out of business. It started with finding product that didn’t taste right. I would try the falafel and hummus coming off the line and notice quality issues. They were not sourcing ingredients based on our specs in effort to decrease costs, and then they began short-producing, only producing 4,000 cases instead of 10,000. Orders were delayed. Sales were slowly declining. It’s the kiss of death to have empty store shelves.

Were retailers growing impatient with you?

JS: Having an out-of-stock for one week is tough, but having one for several weeks or months, there is almost no recovery to that. So I was humbled again by the number of retailers that stood by us despite these supply issues: Wegmans, Whole Foods Market, Publix, Kroger. Even though they are big business, it’s about the people you make relationships with. I was very transparent about what was happening to us, so it was partly because of those relationships that we got through it, but it was also because there is nothing else like our product.

JS: I can’t tell you how incredibly soul-sucking it is to find that everything you’ve worked for in jeopardy. We were doing everything we could to keep things going. We found two great new co-packers before Shark Tank, but this had presented such a huge obstacle that it took something of Shark Tank’s magnitude to turn it around.

JS: It was nerve-wracking to say the least! Overnight, millions of people were exposed to our brand, and many see the sharks as validators. They can go on Facebook and see that a product has a review of 4.5 out of five stars, but when you get these sharks, who are all very critical businesspeople, saying how amazingly fresh your product tastes … Post-show, we sold out at several retailers across the country, and we’ve seen between a 60% to 300% increase in sales velocity across the line.

Why did you choose Daniel Lubetzky’s offer over working with Mark Cuban?

JS: Before we knew Daniel would be a guest shark on our episode, Mark was my guy. Even though we were honored to get an offer from him, Daniel is from our industry and meshes well with our corporate DNA.

How has it been working with Daniel so far?

JS: It has been fantastic having Daniel in our corner. It has been an extremely fruitful relationship. At 43, I try to always continue learning, and Daniel has been a mentor and big brother for me. He has challenged and pushed me in many areas that have allowed me to grow.

Let’s talk about the mission-driven part of your business: donating 25% of profits. Why is this so important to you?

JS: This is the reason I started the company. We work closely with the Meant 2 Live Foundation, which works with impoverished youth to break the cycle of poverty through education, counseling, mentorship, sports and recreation, and health and medical programs. On Shark Tank I got emotional about it, which caught me and the sharks off guard. But when Daniel asked what keeps me going, I immediately thought about how I started this company 10 years ago so we could positively impact lives through our products. I may be dealing with a co-packer issue, but these orphans don’t know if they are going to eat—or even survive. Meant 2 Live provides them shelter and comfort.

Has your mission drawn skepticism from potential investors or made it tough to raise capital?

JS: Mr. Wonderful [Kevin O’Leary] was one of those people. But Shark Tank was the first time we were forced to actively seek out capital. We raised all of our C funding from loyal friends who continue to help out as we grow, but otherwise, we’d been solo funded. We could do this because we were continually growing and being strategic about how we grew. We turned down just as many accounts as we accepted because we didn’t want to overextend the brand.

But when seeking investment, the mission is a great filter, because if people don’t get it, then they don’t get the ethos of our company and are not going to be good partners. Money is important, but getting money from the right source is maybe even more important. That’s why Daniel was the best fit for us.

What advice do you have for other mission-based entrepreneurs?

Hand in hand with that is following your passion. It sounds cliché, but you’re going to get beat up. Everybody has a plan until they get punched in the face. You can gather your forecasts, but you don’t know what you don’t know, and you don’t know what life has in store for you. We’ve gone through so much in 10 years that we are prepared for new challenges while staying true to our principles. This is so important for all entrepreneurs.

How Pratt Standard Cocktail Company is bringing the joy of cocktailing to consumers
Jun 09, 2021