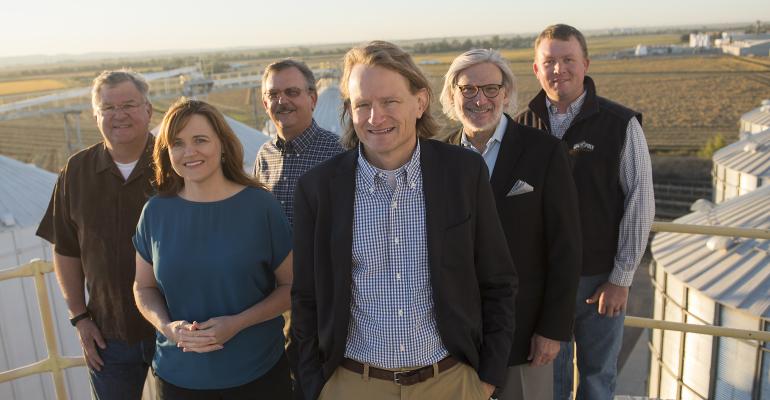 Grant Lundberg’s grandparents uprooted their young family in 1937 and headed to California to farm rice. More than 80 years and many milestones later, the Lundbergs are still farming organic rice on that land. Here he chats about the 2020 Rodale Institute Organic Pioneer Award-winning company's vision then and now.

Many of us are familiar with seeing Lundberg Family Farms rice and products on store shelves. But not everyone is as familiar with the fact the family started farming organic before organic practices or any sort of certification had been established. Albert and Frances Lundberg simply started with the idea that healthy soil was the key to healthy food and healthy people. Then they, followed by their four sons—Eldon, Wendell, Harlan and Homer—figured out how to get rid of the weeds along the way. The four brothers ran the farm for decades before handing it down to the younger generations, including now CEO Grant Lundberg. The mission to nourish, conserve and innovate for a healthier world remains as strong as ever, earning the company a 2020 Organic Pioneer Award from the Rodale Insitute. Here, Grant Lundberg, CEO talks about the company’s history, its vision and the future of organic.

Could you tell us about the catalysts and milestones that led Lundberg Family Farms down the organic path?

In 1937, my grandparents were cattle, corn and grain farmers in Nebraska. And this was right in the middle of the dust bowl and the economic depression. At this time, lots of people were moving west to California. Steinbeck wrote several novels about it. My family was not in dire straits but interested in going to a better place. My dad was 10 with three younger brothers. They moved to Richvale [where headquarters remain today]. A lot of friends from Nebraska moved, too. And, it was simple to become rice farmers as rice had been farmed in the area since 1912.

So, my grandpa and grandma started the farm but had the understanding from Nebraska of how farming practices could help or hinder the soil. They got to California and started rice farming and one of the things they wanted to do was build the soil. One practice used in California was burning the stubble off. My grandparents felt that was not the way to build soil. They needed to get the straw or stubble back into the ground. They started a practice of doing that, although it was counter to the community social norm in a sense. They had strong convictions and that guided them and they didn’t just go with something because everyone else did it.

Another key moment came in the late ’50s when my dad and his brothers made one of the most important decisions in my family history. They had to decide if they wanted to farm by themselves or stay together. The could split up the farm and be sole proprietors. Instead, they thought if we are together, we could probably do more and build a more productive and successful organization. That was a monumental decision.

Then, in 1969 a local community person in California asked them to sell organic brown rice and that was the first time they had heard about it in a trade reference. That was an important question because they were farmers and not processors or marketers and so they would have to extend the organization vertically. They didn’t know what organic meant, they were doing a lot of the practices at that point already. Rodale was publishing Organic Gardening and that was the only trade magazine. They talked to Rodale about this idea and had early conversations but there wasn’t a lot of information on farming organically available.

That interest in organic brown rice was one of the signals that people were thinking about food as a way to health and by keeping the bran and germ on you could keep the vitamins and minerals intact. These were the first ideas in the organic and natural food movement. And even the idea that they the farmer would sell to the customer. At that point the U.S. there wasn’t a concept of knowing where your food comes from. That was a different idea, that we can make contact with our customers and tell a great story. That was pivotal to selling rice under the Lundberg name. 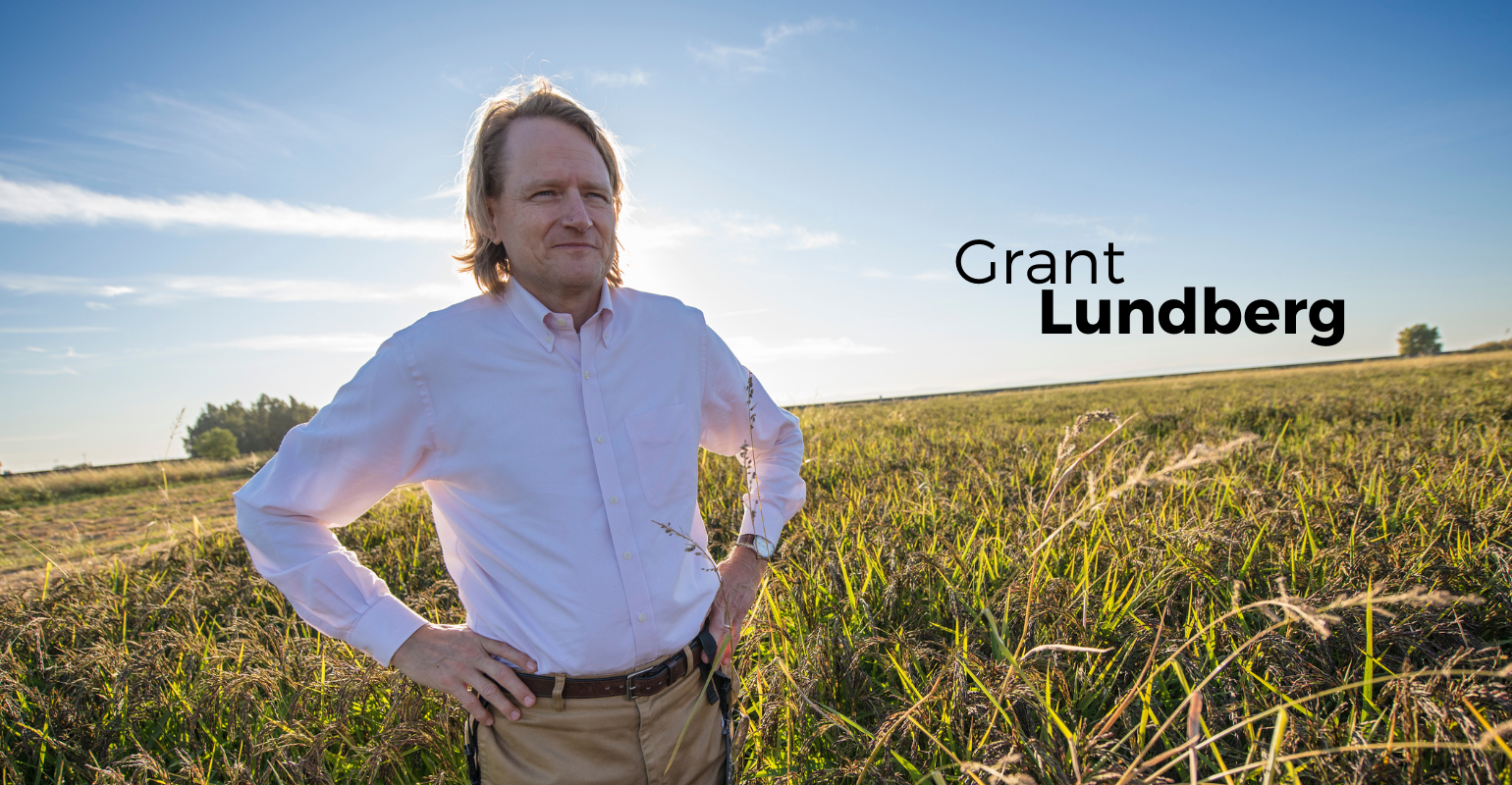 At what point did they begin to think of this process as organic?

At that point in time, there was no organic standard. California started a labeling law in 1978 that was the first organized effort. They were 10 years ahead of that. The real challenge for them was growing organic rice. Nobody was doing it. Their main challenge was to figure out how to control the weeds. They worked on that for 25 years before they really got it figured it out. They learned from their mistakes and that showed them the way to do it by the mid 90s. I don’t know how they held the farm together with that kind of failure. They were able to and it gave them the foundation to consistently grow organic rice. But it took a lot of work and failure and head scratching.

They really agreed on things that were important, what is valuable, the ideas of being able to sell their rice to people and the commitments about taking care of the land and those strong ideals really guided them and I think we lucked out on how that went in complete alignment with the whole organic and natural food movement. They really lined up with that idea that healthy soil grows healthy food and makes healthy people.

Are there other milestones that are significant to Lundberg’s organic journey?

Around early 2000, the founders, my dad and his brothers and his mom and aunts passed on the ownership of the company to the next generation. That transition was really a jump that is hard for companies to make but involves setting up the governance so that it can run into the future and maintain our values and can have a focus on being a healthy business. That was an important time, transitioning from the founders to the next generation of owners and organizing the governance to do that.

One of the strong parts of our family culture is that when we were kids the adults talked about the business to us. There was good communication and it got everyone thinking about it in a certain way and aligned so to speak. When we got together each year as a family or on trips together, they would weave that into the joint conversations and it instilled the idea of what the business is and what we are trying to do, the challenges, investment and patience you had to have. They shared it with us not just when we turned 18. There was a lot of culture, there were so many valuable pieces, taking care of the land, producing valuable food, growing our story, setting it up for future generations, all mixed together in our family culture. The story is an organic story in that sense. It was natural steps over time that got us to where we are today.

How do you explain organic to people who may or may not be familiar with its practices?

I do think it all goes back to the soil and the value of the soil in our food system and that it’s not just an anchor for the plant. The way we produce healthy food is from healthy soil and letting the soil in a way take care of itself. That is what the learning is, when we invest in the soil and make sure it gets the organic matter and rest that it needs it can handle a lot of the production challenges. But it takes time to get it to that place of healthy soil. That would be my message—healthy people eat healthy food that comes from healthy soil and it is valuable to have healthy soil and organic farming helps us ensure that we are giving the soil what it needs. And obviously not using the chemical components of pesticides etc.

At this juncture, what do you think the biggest opportunity for organic is?

The opportunity is to get more people requesting they want organic by buying organic food and that will drive more organic acres into production to support that demand. We have the people who naturally gravitate toward it now. We have to build a brand on the people who don’t want it, don’t see the value or don’t understand what it means. And, creating communications to build awareness is not easy, but that is the road we have to go on to enlarge the footprint of something very positive.

Thirty percent of consumers buy some or all organic. How do we get the other 70% buying organic all of the time? That kind of joint effort of the community in communicating the value of organic and why it is important for you and your family to eat organic is the opportunity and the challenge. But that will bring along the organic supply chain in that process. If we want to grow we have to get more demand. It is doable, but everyone has to get focused and come together. It can’t be one brand. It has to be a whole community that makes the case to the shopper of why this makes sense and get behind it. Organic farming has proven to be a great way to sequester carbon and we need to get that message out and help change the dynamics on that. But it does take the work of getting the shopper to put the organic milk in the cart.

Lundberg has developed partnerships with universities. Could you talk about the importance of collaboration to evolve organic?

It is super important. We know it because when we were starting out we didn’t have any supporting infrastructure and everything we learned is from our direct experience. Now, if we can, we want to help people get the knowledge so they don’t have to get the bloody nose to get it. We collaborate with California state and university schools. They are always very supportive when we have come with a question or something we want to study.

In looking into the future, what keeps/makes you hopeful?

In the pandemic, we validated some things a lot of us knew and one was that the food system is super important and it is essential to our survival. We had to keep going to keep people’s pantries full. It was a blessing for us that we didn’t have to shut down. Instead it showed us that what we do here every day is super important and a lot of people depend on us and that gives me hope and a sense of value and the pandemic has reaffirmed that.