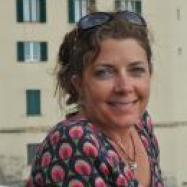 Jules Shepard is a regular contributor to many magazines, including Living Without’s Gluten Free & More (where she is also Associate Editor) and Gluten-Free Living, as well as Prevention.com. She is the author of three highly-regarded published books and numerous e-books on gluten-free living and cooking. She is a featured “Celebrity Chef” in Living Without’s Best Gluten Free Cookbook and is a featured Contributor to Dr. Alessio Fasano’s 2014 book, Gluten Freedom.

In addition, she runs a gluten-free flour company and logs tens of thousands of miles a year speaking to, teaching and encouraging gluten-free consumers around the country. As an industry consultant, she helps companies in their transition to offering safe gluten- and allergen-free foods, and she has also spoken at numerous industry and retailer events, including Natural Products Expo East education seminars and Healthy Baking Seminars.

As a passionate gluten-free advocate, Jules has had an active role recently. When the FDA appeared stuck in neutral regarding long-overdue gluten-free food labeling regulations, Jules brought the gluten-free community together by co-founding 1in133.org and building an 11-foot-tall, one-ton gluten-free cake in Washington D.C. to get the FDA’s attention. The FDA not only attended the event, but promised to front-burner the regulations, which it did. It announced final labeling regulations in 2013 which will take effect in August of 2014.

Trusting your gut: Getting dirty to stay healthy
Nov 09, 2016
Is dirt the foundation of our body's resilience?

Tips and tools for conscious leadership
Sep 29, 2016
Intentional action is a pillar of conscious, authentic leadership. This pro shares how to do it.

Hy-Vee capitalizes on health food store model within conventional walls
Nov 11, 2015
More than a decade ago, the supermarket chain got a jump on the natural foods craze by building a standalone, store-within-a-store HealthMarket near the pharmacy.

Perlmutter explores the power of the microbiome in health and disease
Apr 01, 2015
Could dietary choices, probiotic intake and natural childbirth affect the microbiota in such a way as to actually reduce inflammation, and hence, reduce the existence and severity of many chronic diseases?
Standout products that caught the We.Blog team's attention at Expo West 2015
Mar 18, 2015
Meet the bloggers taking on Natural Products Expo West 2015
Feb 23, 2015
Dow, 2,4-D and the 'pesticide treadmill'
Oct 13, 2014
As Dow AgroSciences awaits the EPA's OK to sell its new glyphosphate and 2,4-D herbicide, organizations explore its potential impact on humans, the environment and the farming industry.
4 food bloggers' favorite bites from Natural Products Expo East 2014
Sep 30, 2014
So many great new products, so little time to try them all. That's why we called in the We.Blog team to scour the Natural Products Expo East show floor and report back on what surprised and excited them most. Four...

Market researchers outline natural customer concerns
Mar 26, 2014
Confused consumers are turning to simple life (and food) choices. The Natural Marketing Institute and Nielsen offered their thoughts on what this means for the natural products manufacturer and retailer during a...
Expo West 2014 We.Blog team's favorite natural product finds
Mar 14, 2014
With thousands of exhibitors and hundreds of new product launches, we called in a team of bloggers to help us cover this year's largest Natural Products Expo West yet. The natural foods trend spotters we tapped cover...