HomeIngredientsDo probiotics face a life and death struggle with NDIs?
Recent
Latest
4 tips to get ahead of chemical concerns in packaging
May 20, 2022
7 CBD favorites in the increasingly popular gummies format
May 20, 2022
Mission MightyMe helps parents introduce allergens to babies
May 20, 2022
UNFI's Eric Dorne to step down as chief operating officer
May 20, 2022
Trending
Whole Foods' honors 30 companies with 10th annual Supplier Awards
May 18, 2022
Getting ready for 2023: Trends for brands to consider
May 17, 2022
Sponsored Content
The rise of sustainable business – eGuide
Sponsored Content
Natural beauty market trends
Jun 16, 2021

Do probiotics face a life and death struggle with NDIs? 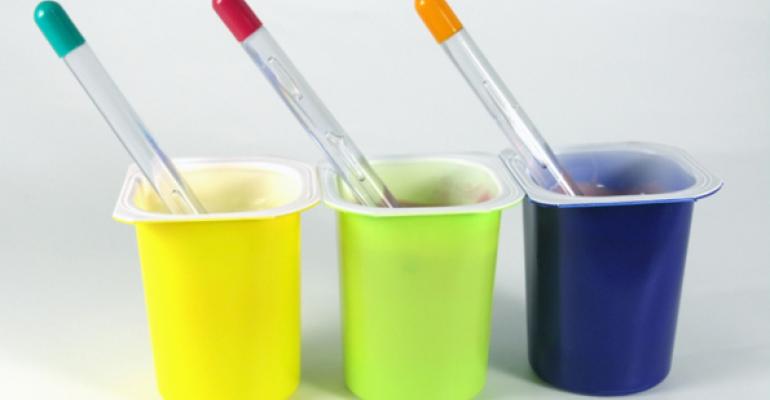 In the last few weeks I’ve been getting the probiotic message delivered to my living room television set. There’s the always-cheerful Jamie Lee Curtis selling probiotic-infused (a bit) Dannon Activia yogurt, of course.

And the other night I saw a 30-second spot for AlignGI, a probiotic supplement containing 1 billion CFUs of Bifidobacterium infantis 35624, trademarked as Bifantis. The message talks only about “digestive balance.” From a marketing perspective, it’s got humor—people are seen walking in an unrealistically distorted manner, listing heavily in one direction. The narrator asks, “Need help keeping your digestive balance?” And then the people walk straight upright.

B. infantis 35624 has been the subject of a number of studies. One human clinical published just last month in the journal Gut (Konjeczna, et al) found the probiotic selectively promoted an immunoregulatory response that researchers said could have therapeutic use with inflammatory disease—which means just about every disease out there but in particular irritable bowel syndrome and colitis.

In fact, a November 2011 study (Johnson, et al) found the strain to be of benefit for rats with exactly those conditions after 45 days.

Consumers are clearly hearing the probiotic message loud and clear. Probiotics have awesome brand equity—the name itself translates to “for life.” In Functional Ingredients' market overview issue last November, we included data from SPINS showing that in all retail outlets (save, ahem, Walmart and Whole Foods Market), sales went from $1.5 billion in 2009 to $1.8 billion in 2010 to $2.3 billion in 2011.

That makes it the fastest-growing category in the nutrition world today.

The health benefits of probiotics go far beyond mere intestinal issues. Because about 70 percent of our innate immune function is housed in the gastrointestinal tract, clearly immune health—that is to say, general wellness—is also a beneficiary.

But that’s not all. Health conditions from rheumatoid arthritis to obesity are all being validated in research studies on various probiotic strains.

Probiotics, a natural constituent of fermented dairy, have found clear favor in the range of dairy products from milk to yogurt to ice cream. But they are also moving into anything that snaps, crackles or pops.

Which brings up a major tension currently unfolding like a slow-motion train wreck. I’m speaking about everybody’s favorite whipping boy: the FDA’s draft guidance on New Dietary Ingredients, or NDIs. A section on bacteria is vague enough to cause many probiotic suppliers to express concern that the guidance could mean development delays in the introduction of new probiotic cultures.

Worse, across the pond in Europe, regulators there think the very word “probiotics” is such a sexy term that they are looking to ban the use of the word on product labels entirely as consumers see the word as synonymous with a health claim.

All very strange, really. Nobody seems to be questioning the safety of probiotics, and benefits of ingesting the friendly bacteria seem to be growing every day. And yet regulators the world over seem intent on quashing all that wellness going on. What’s up with that?

Prebiotics are booming. What's fueling the growth?
Jun 03, 2011
Despite rumblings, probiotics are still the gods of the gut
Aug 29, 2011