Recent
Latest
Sponsored Content
Balanced Health Botanicals Newsletter – May
Getting ready for 2023: Trends for brands to consider
May 17, 2022
EXPO VIDEO: How did a young sparkling water brand get licensing deals with Marvel and Disney?
May 16, 2022
Beyond Meat's product launches lower Q1 profits
May 16, 2022
Trending
Debra Stark’s light shines bright on natural products industry
May 10, 2022
Unboxed: 7 plant-forward ice creams to stock this summer
May 10, 2022
Hemp CBD industry struggles so far in 2022
May 10, 2022
Monitor: Consumer research on collagen shows how much education is needed
May 12, 2022

Is Yelp helping (or hurting) your natural products store?

I’m an avid Yelp user and rely on the consumer reviews website to research restaurants and other local businesses, especially when I’m traveling. Not surprisingly, places that receive higher star ratings and thoughtful reviews quickly percolate to the top of my list of choices.

As it turns out, Yelp’s star rating system is equally influential for many people. In fact, a 2011 study by two UC Berkeley economists found that a half-star improvement in a restaurant’s Yelp rating makes it 30 percent to 49 percent more likely for that restaurant to book all of its evening reservations. Yelp’s ratings and reviews, the researchers concluded, “play an increasingly important role in how consumers judge the quality of goods and services.”

So what does this mean for natural products retailers?

Since its inception seven years ago, Yelp has crowdsourced more than 20 million local reviews. Sure, the lion’s share of these reviews has been for restaurants, but a growing number of consumers are using the Yelp platform to share their opinions about local natural products retailers. 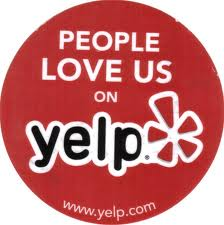 For example, Bi-Rite Market in San Francisco has been reviewed by 650 Yelp users who have given the store a stellar four-and-a-half-out-of-five-stars rating. “The best market I’ve ever seen,” gushes one reviewer. “Prices high but you get what you pay for.”

On the East Coast, 169 shoppers have reviewed Harvest Co-Op Markets, which has earned a 3.5 star Yelp review. Here’s what one reviewer wrote about Harvest earlier this year:

“Their bulk section is where things really shine—I love love love being able to buy three tablespoons of honey or 50 cents of lavender instead of a big huge package of whatever it is. They have everything. It’s insane. On the flip side, I’d suggest going to Shaw’s if you want anything prepackaged or ‘unhealthy,’ or if you don't care to pay 3x more for organic which is often the only option.”

Knowing how your store stacks up on Yelp is important because Yelp is becoming the leading consumer reviews site on the Internet, and Yelp reviews tend to show up high in Google search results. (Search Bi-Rite Market in Google and you will see that the third listing links to the retailer’s Yelp rating and reviews.)

Although Yelp reviews can run the gamut from highly positive to unfairly critical, they can provide you another snapshot at how shoppers perceive your store, particularly in comparison to the competition. Case in point: Like Bi-Rite Market, San Francisco’s Rainbow Grocery also gets high Yelp ratings—but it’s more than 1,100 reviews also speak to what numerous consumers refer to as Rainbow’s poor customer service.

If you don’t already, it’s a good idea to regularly monitor your reputation on Yelp and other user review sites. Aggressively soliciting positive Yelp reviews is generally frowned upon by online marketers, and the practice is not likely to yield the type of authentic opinions that sway other consumers.

That said, it makes good marketing sense to use signage—both in your store and on your website—to let your customers know that others have written positive Yelp reviews about your store. If you and your employees are doing your jobs well, your shoppers may be inclined to share their positive opinions within the Yelp network too.

If you’re a smaller natural products retailer, you may even have an edge over chain stores on Yelp. A 2011 Harvard Business School study found that Yelp reviewers prefer independent restaurants to chain restaurants—and this preference actually helps to “shift revenue away from chains and toward independent restaurants,” the HBS researchers wrote in the study.

Based on many of the Yelp reviews I've read, I believe many shoppers feel a similar appreciation for giving their business to independent natural products retailers versus large chain stores. As one Yelp reviewer said about Nature's Green Grocer in Peterborough, N.H.: "It's like a Whole Foods and Trader Joes put together but way better setup and ambience."

What do consumers have to say about you on Yelp? Have you seen this or other consumer reviews sites affect your business? Share your experiences in the comments below.