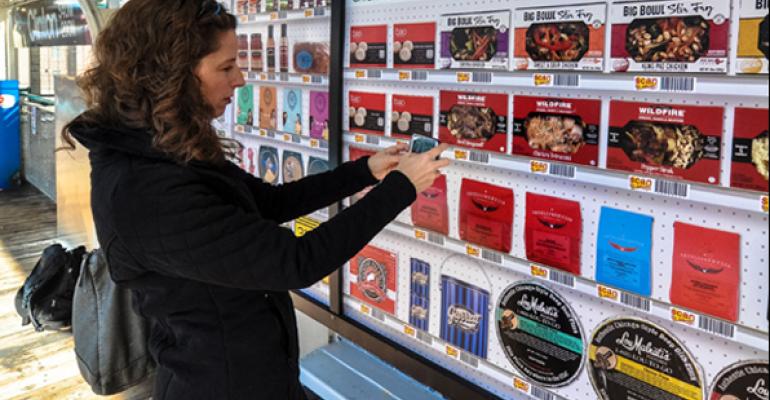 The virtual store billboards feature pictures of products (see Peapod in action) in a grocery aisle-like image and QR codes that lead users to download the PeapodMobile app. Shoppers then scan bar codes printed by the pictured products to place an order.

Peapod launched the virtual commuter shopping experience in Chicago in May.

The Internet grocer also recently announced that it will open pick-up locations in the Chicago area so customers don't need to wait for delivery, according to a report in the Chicago Tribune.

It's a decided change in direction for Peapod, which was started in Evanston in 1989, became a wholly owned subsidiary of Royal Ahold in 2001 and until two weeks ago, offered only grocery delivery. Late last month, Peapod began offering pick-up service at a Boston-area Stop & Shop.

Will Amazon.com and other e-tailers replace your store?
Jun 11, 2012