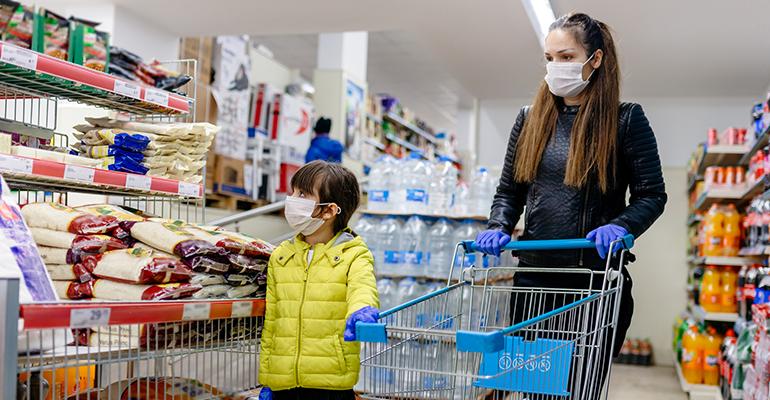 Natural and conventional companies alike have run the gamut in terms of net sales and future forecasts as the coronavirus continues to send shockwaves throughout the industry.

First-quarter sales were largely driven by consumers' stockpiling activity in March, and shoppers favored established companies with shelf-stable offerings such as Smuckers. Nestle saw its best quarterly sales growth in almost five years thanks to this shift toward at-home consumption and hoarding behavior.

Meal kit companies like Blue Apron and HelloFresh reported a heightened demand for their services starting in the second half of March, but gains for the former were less than impressive according to industry analysts at The Motley Fool.

However, not all Big Food companies fared well; global beverage company Coca-Cola was overwhelmingly affected by the closures of movie theaters, restaurants and stadiums. Heightened demand from grocery stores and e-commerce channels was not enough to offset these losses.

On the natural side, UNFI absorbed third-quarter costs related to COVID-19 and saw its net income rise to around $88 million from $57 million a year ago. Hain Celestial benefited from its status as a global business because executives saw the pandemic coming well before businesses were hit stateside, and reported its first top-line growth in 10 quarters.

Both Natural Grocers and Sprouts reported double-digit growth starting in late March. Average basket size for these retailers increased even as consumers' trips to their stores decreased over time, akin to Walmart. However, many smaller natural grocery stores shut down in the midst of the crisis, and are only now deciding what their next steps will be.

Plant-based protein brands are doing especially well amid the current meat crisis—popular alternative meat maker Impossible Foods is capitalizing on consumers' willingness to experiment with its products by accelerating its retail expansion with Kroger. According to CNBC, Beyond Meat impressed investors with its earnings but withdrew its forecast for the year due to uncertainty surrounding the food service industry. And in its first-quarter 2020 earnings statement, Danone credited plant-based brands Silk and Alpro for a 4.6% increase in net sales.

So what does all this mean? Even the experts aren't too sure.

Consumers are likely to continue their reliance on e-commerce, and retailers should still expect higher-than-average sales over the next few months as consumers remain hesitant to return to public eating spaces. Plant-based and cell-cultured meat's emergence into the mainstream has undoubtedly been accelerated, and local, smaller meat operations have a newfound calling to feed their communities now that big meatpacking plants are being intermittently shuttered.

Overall, the natural products industry is poised to be a leader in this strange new world; plant-based products and immune-boosting ingredients were our forte way before COVID-19 steamrolled the status quo. But it also remains to be seen which emerging natural brands will survive this period and come out on the other side ready to fill consumers' desire for a healthier future for both people and planet.