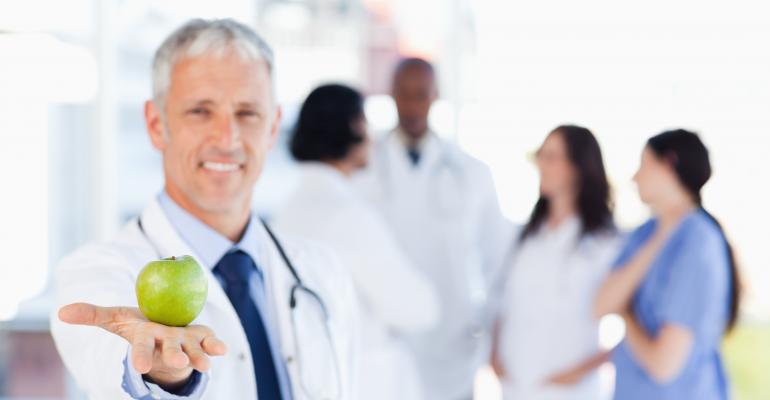 Doctors know too little about nutrition, and the public may not be aware of how nutrition can be used as a tool to maintain optimum health, says a newly formed coalition of associations and industry.

A new consortium of industry executives, philanthropists and associations of nutrition professionals is promising to “move nutrition to the core of healthcare.”

Michael Stroka, head of the Board for Certification of Nutrition Specialists, is helping to shape the Nutrition Leaders Council and says that “synergy” is vital to raise awareness of the role of nutrition as a healthcare service for the public, but also for doctors and other medical professionals. Each of the associations and individuals will be able to bring their strengths to bear on the mission, he says. “It’s not just one single entity. It’s a variety of entities,” Stroka says.

Currently, the NLC includes Stroka’s board, the Center for Nutrition Advocacy and the American Nutrition Association, as well as numerous individuals and companies.

There are no plans for staff or offices for the NLC. The agenda is in development, but Stroka envisions meetings and conference calls to coordinate the efforts. The NLC will make its public debut at NBJ Summit in June, hosting the opening reception, sponsored by KGK Synergize.

The mission, says Stroka, is vital. Doctors know too little about nutrition and while the public may know that eating healthy is important, they may not be aware of how nutrition can be used as a tool to maintain optimum health. Those nutrition tools could include food, supplements and medical food, Stroka explains, but they are rarely deployed in mainstream medicine. Nutritionists and supplement companies have struggled to find a foothold in the medical establishment despite convincing evidence of benefits. “The science is just crystal clear that nutrition is the most powerful determinant of any individual's health throughout their life.”

Beyond raising awareness in the medical community, the NLC will attempt to influence policy, Stroka says, noting that there are 16 states that do not allow nutritionists to practice professionally. That number has been shrinking and additional proposed roadblocks have been defeated, but there is more work to be done, he says. The NLC will also advocate for insurance reimbursement for nutritionists.

Coordinated efforts could bring change that simple advocacy will not, Stroka says. “At the end of the day, the way that things get embedded in the healthcare system is largely through the efforts of the healthcare professionals themselves.”

TAGS: Archive
0 comments
Hide comments
Related
The Battle for the Future of the Nutrition Profession
Oct 01, 2014

Nutrition Leaders Council forms to help advance nutrition to the core of America's health care
May 05, 2016