HomeArchiveKava could raise the bar on the relaxation market
Recent
Latest
4 tips to get ahead of chemical concerns in packaging
May 20, 2022
7 CBD favorites in the increasingly popular gummies format
May 20, 2022
Mission MightyMe helps parents introduce allergens to babies
May 20, 2022
UNFI's Eric Dorne to step down as chief operating officer
May 20, 2022
Trending
Whole Foods' honors 30 companies with 10th annual Supplier Awards
May 18, 2022
Sponsored Content
The rise of sustainable business – eGuide
Sponsored Content
Getting ready for 2023: Trends for brands to consider
May 17, 2022
Sponsored Content
Unboxed: 7 plant-forward ice creams to stock this summer
May 10, 2022

Kava could raise the bar on the relaxation market 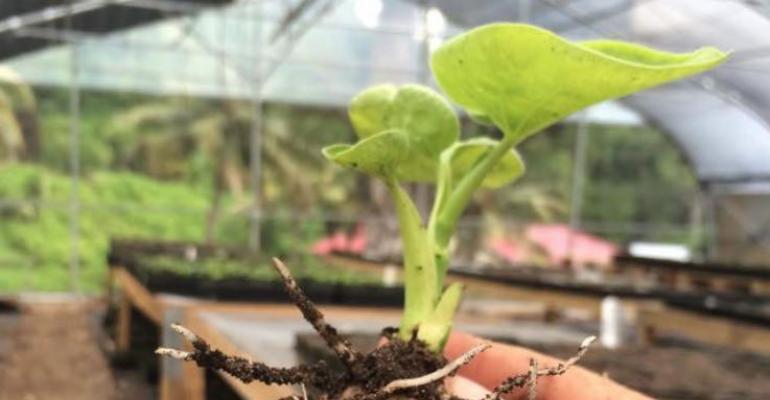 <p>This young kava plant will be transplanted to a rain forest in Fiji to mature.</p>
More research into kava and its stress-relieving qualities could lead to the establishment of standards and a safe, reliable functional beverage for Americans seeking healthy alternatives to alcohol and prescription drugs.

Public health concerns, defining quality standards and the recognizing the potential upside of bringing a better kava to the market were all topics of discussion at the KAVA2015: International Conference on Kava in Honolulu, Hawaii. Loretta Zapp, CEO of Applied Food Sciences, Inc.,  anticipates the science-backed company's ongoing kava research will contribute greatly to these issues.

Kava, or kava-kava, comes from the yaqona plant found in the Pacific Islands.  Discovered more than a thousand years ago, kava is traditionally used for stress relief, relaxation and mood enhancement.  While evidence demonstrating the anti-anxiety benefits of kava exists, clinical research efforts are underway to determine its potential benefits regarding sleep as well as recovery from sports and intense exercise.

According to experts at KAVA2015, consumers frequently seek stress relief and relaxation benefits. Almost one in two Americans is affected by stress, Innova Market Insights reported in HealthFocus 2014, so the demand for functional beverages that offer relaxation and/or stress relief is high in the U.S.  Research shows that 48 percent of adult functional drink buyers are interested in functional drinks that help relieve stress, Mintel reported in 2010.

“Kava as a beverage is not well known in the United States, but this is starting to change as more and more people discover its benefits,” keynote contributor Garry Stoner of True Kava said in his conference summary.  “With alcohol and prescription drug use permeating our society, Americans are increasingly disillusioned with these solutions and are very receptive to natural alternatives.”

In 2002, certain European markets prohibited sales of kava and notifications were published in the U.S. indicating that kava might have negative effects on the liver, resulting in hepatoxicity.  However, many European kava products have been formally restored to their market status. Conference speakers specified particular causes of the previous bans, including incorrect species identification, poor harvesting and processing techniques, improper parts of the plant being used, and non-noble cultivar selections.

“There is a strong emphasis that only the inner root, or rhizome, of certain nobel kava cultivars should be used,” Zapp said.  “For example, there is some evidence that the outer skin, or ‘peelings,’ contain alkaloids that could be toxic and hurt digestion despite the fact they may contain a fair amount of lactones.”

Applied Food Sciences, Inc., is working to create a safer kava to bring to the U.S. market while providing a scientifically validated method for the quantification of kavalactones, which would allow quality control laboratories around the world to obtain reliable and reproducible results.