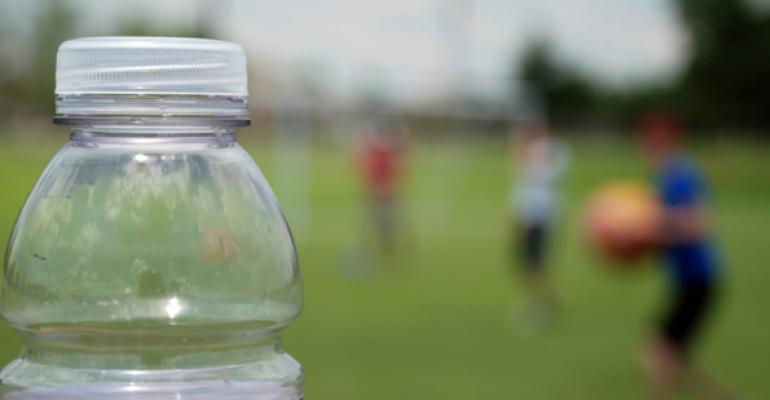 This ingredient, used in 10 percent of US beverages, has been linked to neurological disorders and hormone disruption. Why won&#39;t FDA take it off its approved food additives list?

Sarah Kavanagh, a 15-year-old girl from Hattiesburg, Miss., has started an online petition against the use of brominated vegetable oil in beverages. The ingredient, also known as BVO, is widely used in fruit-flavored drinks to keep flavoring evenly distributed throughout the bottle, and has been linked to a variety of health issues in human and animal studies, including neurological disorders, thyroid disruption, and reduced fertility. The ingredient, derived from corn and soy, is often used as a flame retardant in plastics.

Kavanagh's petition, posted on the non-profit website Change.org, has garnered 200,000 signatures, but the controversy surrounding BVO has percolated for decades. The U.S. Food & Drug Administration (FDA) had originally revoked the ingredient's GRAS status in 1970 after an expert panel of the Flavor & Extract Manufacturing Association (FEMA) pulled its approval, according to The New York Times. FDA then asked FEMA to do safety studies on BVO, and after receiving several preliminary submissions the agency gave BVO interim approval in 1977, pending additional data. The data never came, but the agency didn't blink, and now brominated vegetable oil is in an estimated 10 percent of beverages in the United States.

The European Union has banned use of BVO in food, and manufacturers there use hydrocolloids instead. Japan is considering a similar move.

FDA, however, does not consider BVO enough of a health issue to warrant a change at this time. The agency's priorities lie elsewhere. FDA has come under increasing pressure from both consumers and Congress to crack down on energy beverages, and the agency is also in the process of reworking its controversial new dietary ingredient guidance. It's doubtful a reevaluation of brominated vegetable oil is in the cards.

It's the same old song. Ingredients are cherry-picked, discredited, and manufacturers move to replace them when the furor grows loud enough. Kavanagh would be smart to target a specific brand--she initially reacted to finding BVO on Gatorade's ingredient list--to get her fellow consumers to question their own buying patterns.

Ingredient spotlights tend to follow the cockroach theory--as soon as you stomp one, 10 more appear. Consider bisphenol-A (BPA), the hormone-disrupting chemical in plastic bottles. The backlash against BPA and the rush to replace it have shined a spotlight on a new nest of spiders known as "estrogenic activators"--hundreds of endocrine-modifying chemicals that are ubiquitous in plastics. And in sports nutrition, the demise of DMAA has prompted the rise of two more suspect stimulants--dendrobium and higenamine.

No doubt there are countless others worth exposing. Perhaps there's a better way?