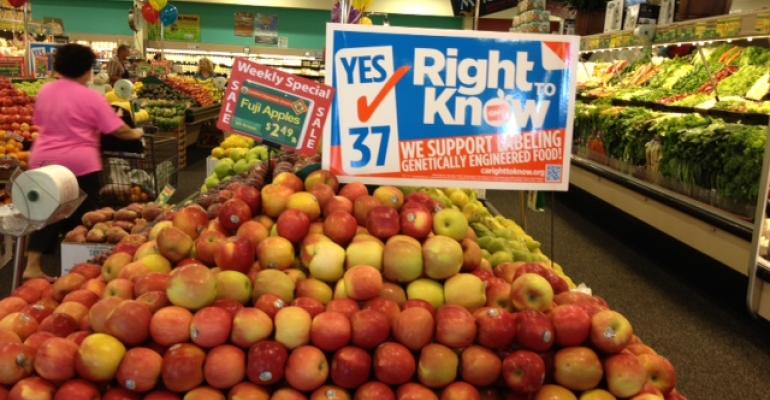 The opposition raises $20 million in one week to prevent the labeling of GM ingredients in California, even as a groundswell of consumer demand for transparency reaches fever pitch.

Update 10/10/12: NBJ's Editor-In-Chief Marc Brush and Associate Editor Connor Link took to the streets of Boulder, Colorado and asked every day consumers and thought leaders in the nutrition industry, Is Organic Cool?

Update 10/03/12: NBJ's Editor-In-Chief Marc Brush took to the blogosphere to discuss Prop37. It's not about science, in his opinion, for now. Check it out.

Update 9/24/12: As we approach the November vote on Proposition 37, this controversial ballot initiative in California for the labeling of genetically modified food is gaining more and more attention in the mainstream media. It’s also gaining dollars—opposition coffers now exceed $30 million—and momentum as the fight to shape our food landscape for years to come.

Update 9/20/12: As arguably the most controversial vote to land on the November ballot, Proposition 37 would require the labeling of genetically engineered foods in California. This is a big deal—as California goes, so might go the nation—and major players in the organic food world like Whole Foods Market and Annie’s are now coming off the sidelines to add muscle to the fight.

The prevailing logic goes like this: Californians decided that clean water was worth their vote, so they passed Proposition 65 in 1986 and the class-action lawyers slowly assembled en masse to take the nutrition industry to the bank. At least certain wings of the industry.

Now another ballot measure, Prop 37, otherwise known as “The California Right to Know Genetically Engineered Food Act of 2012,” presents Californians with the opportunity to know what’s in their food through mandatory labeling of genetically modified ingredients, and the red flags are again raising high and wide across those same wings of the industry.

While it’s something of a fool’s errand to handicap political outcomes, NBJ is not afraid to play the fool: After interviewing proponents and opponents of the initiative, prevailing wisdom suggests that Prop 37 will pass, but not before an ugly fight against some well-heeled and highly-motivated forces.

At press time, such notable companies as Monsanto ($4.2 million contributed to date, according to reports from California’s Secretary of State), DuPont ($4.0 million), PepsiCo ($1.7 million), BASF ($1.6 million) and Bayer ($1.6 million) have flooded the opposition’s coffers in what many sources expect to become a $50 to $80 million campaign to defeat the act.

Companies in the nutrition space ranging from Coca-Cola to Nestlé to Dean Foods have contributed at lower levels, while proponents of the act include the likely suspects of organic food advocates (Mercola, Dr. Bronner’s, Nature’s Path, UNFI, Lundberg Family Farms, Amy’s Kitchen), local farmers and a wide swath of consumers. 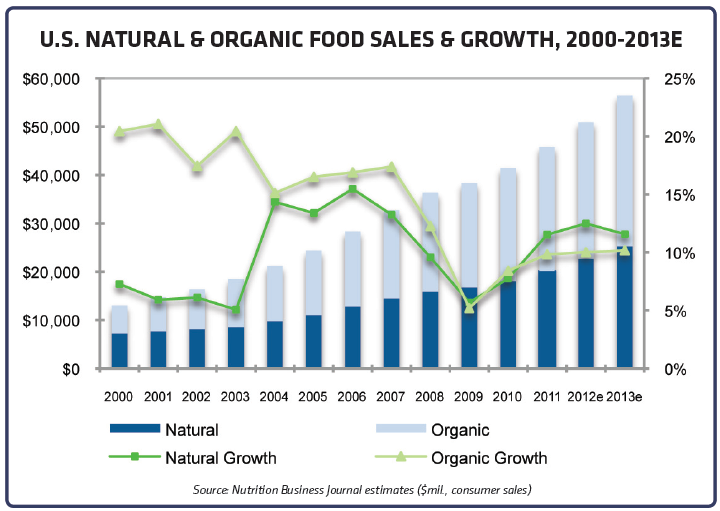 At press time, the proponent’s coffers remain much smaller, with a total raise approaching $3 million compared to $25 million among the opposition.

But does it matter?

It’s hard to overstate the importance of this particular ballot initiative. The level of interest and suspicion over genetically modified ingredients has grown to a more fevered pitch over the past 18 months, with calls for labeling at the federal level (Just Label It) garnering one million signatures, activist marches and sit-ins across the country (Right-2 Know, Occupy Monsanto), and Non-GMO Project Verified product sales topping $1 billion in 2011. Were Prop 37 to pass, here’s another bit of logic to consider.

GMOs carry no inherent benefit to the major CPGs beyond cost, supply and familiarity. There’s no consumer benefit in mouthfeel or taste to consider. As Jeffrey Smith of the Institute for Responsible Technology puts it, “I doubt we’ll ever see ‘low-GMO’ products on the shelf.”

In which case, if consumers voice a demand to label GMOs, and then, as survey data suggests, shop away from the category, it’s a leap of faith but not a specious one to posit a chain of events wherein major CPGs swap out GM ingredients in California, as they have in Europe and many developed nations across the globe.

If they change formulations in California, they change them across the United States to standardize and reap efficiencies of scale. At that point, some of the largest food producers on the planet, the very names supporting the opposition movement, would be faced with a difficult but compelling business decision: Should we offer products unilaterally devoid of GMOs?

This is a logic fraught with what-ifs and conjecture, but it’s also the way a simple, innocuous labeling initiative becomes a de facto ban.

Of course, there’s upwards of $100 million poised to alter this logic. There’s also a dramatic but unclear impact to consider on the organic food industry, now poised at $26 billion according to NBJ data.

Would mandatory labeling drive sales toward organic products or steer them away toward a different, non-GMO seal? Would non-GMO, with its direct refutation of food science, become the more relevant standard among core consumers? As we said earlier, it’s hard to overstate the importance of the vote on November 6. 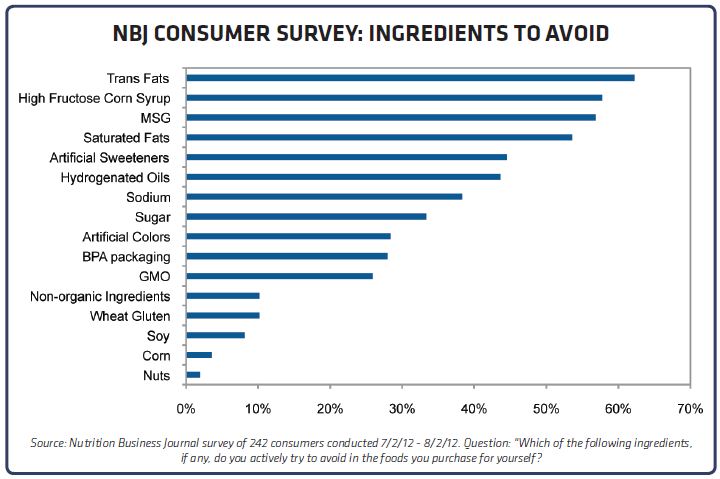 It’s also hard to deny the splitting at the seams underway in nutrition. What began as a silly notion in this journal just 12 months ago—the idea that science now serves as a real dividing line in the nutrition industry—seems all the more evident given the circumstances surrounding Prop 37.

This industry is not a single industry. It has fragmented and will continue to fragment along scientific lines between those who pursue natural solutions to nutrition and those who pursue engineered ones. For now, the momentum is evident—the trend toward natural is winning—but battles like this are longfought and hard-won. Who’s to say what things look like in 30 years time.

What are the larger implications of Prop 37’s passage?

We asked leaders in the natural industry to share their opinions on Prop 37.

Stacy Malkan, Media Director at California Right to Know: If Prop 37 passes, consumers in California will for the first time have the same rights as consumers in 49 other countries around the world—they will have the right to know if their food has been genetically engineered in a lab.

Arran Stephens, President & Founder of Nature’s Path: Given that California has the eighth largest economy in the world, the passage of Prop 37 would have far-reaching impact on food sold in every state, if not throughout North America. Other states will likely follow California’s lead with mandatory labeling ballot initiatives of their own. Many manufacturers would likely change all of their packaging to indicate GMOs.

David Bronner, CEO of Dr. Bronner’s Magic Soaps: Prop 37 represents a game-changing opportunity for consumers to know whether the food they and their families eat is genetically engineered or not. It also prevents misleading “natural” claims on GE foods.

Jeffrey Smith, Executive Director of the Institute for Responsible Technology:The writing is on the wall. There’s unprecedented interest in labeling. I just spoke to the task force on labeling for the Connecticut legislature. Connecticut is only one of 19 states that have already entertained labeling bills. Labeling is going to happen. If for some reason, we don’t win in California, I don’t imagine it will be long before another state passes it at the legislative level.

Bob Burke, Founder of Natural Products Consulting: Think of the size of the California market. When they have specific state laws—what comes to mind is the decision that seafood can't be labeled organic—then that becomes de facto for the entire country. People were farming salmon and calling it certified organic—organic feed, no forbidden inputs—until California said no more.

This is a portion of the original article. To read the full article and others like it, subscribe to Nutrition Business Journal.

Already a subscriber? Click here to read the full article.