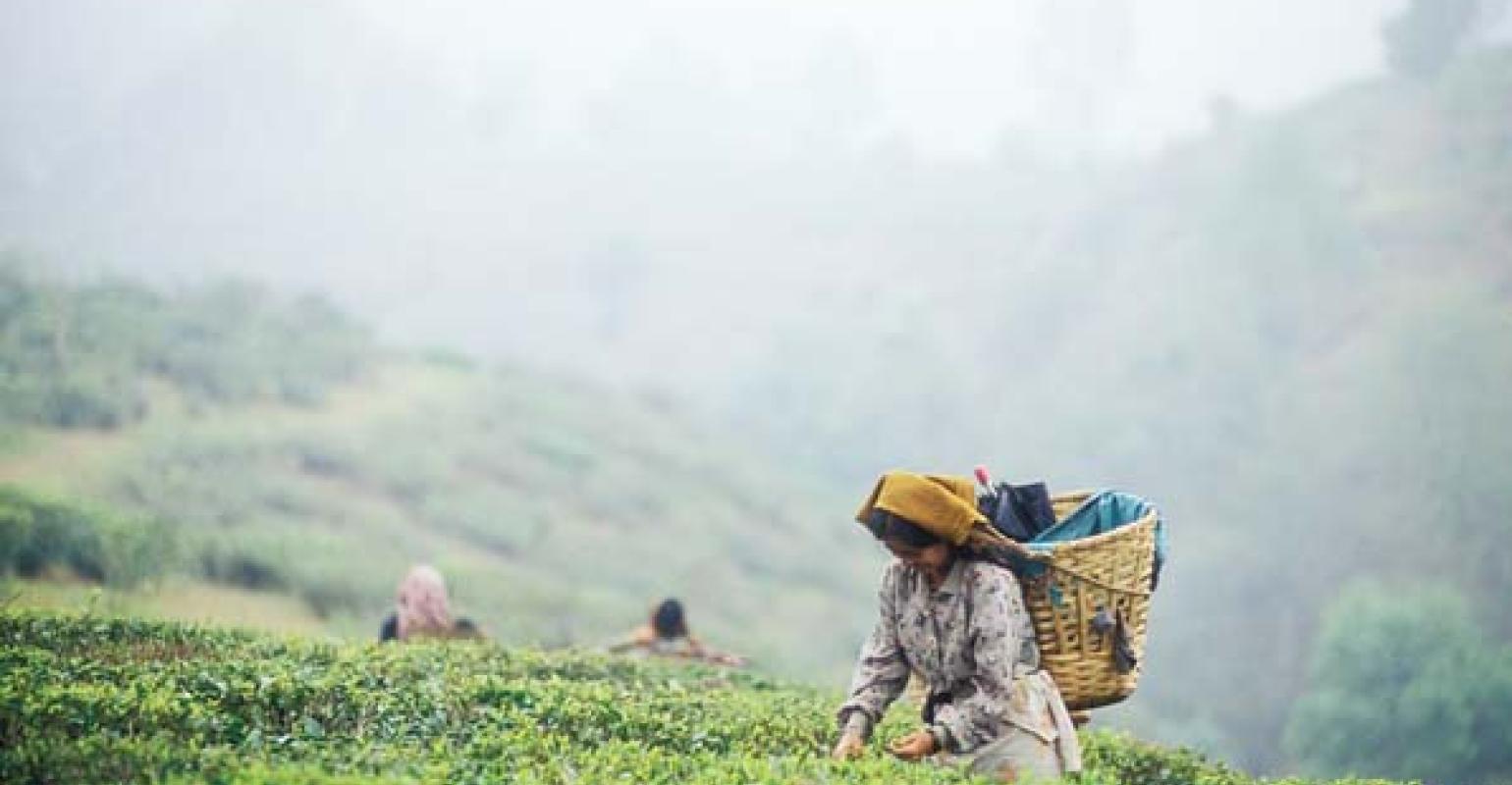 Fair trade botanicals are gaining popularity&nbsp;and may soon be certified.

In a remote village in Paraguay, children squeal with delight as they scamper barefoot through the dense forest. They run circles around the group of men walking the mile or so to where their yerba maté plants grow under the towering rain forest canopy. The Aché Guayaki tribe is the last of the hunters and gatherers in the area. Growing organic, shade-grown yerba maté tea may just save the tribe and its way of life.

Sebastopol. Calif.-based yerba maté company Guayaki has been working with the Aché for close to a decade, selling their shade-grown organic maté in the United States. Guayaki is one of a growing number of manufacturers that supports fair trade methods to procure botanical ingredients for supplements and medicinal teas.

Currently, about 3,000 or so plant species are traded globally, with many eventually making their way into tea bags, herbal tinctures and supplements in the U.S. The majority of these plants are wild collected, often from remote areas in developing nations.

While fair wages and worker rights have been part of the conversation surrounding coffee and cocoa for years, these issues are just now entering the spotlight for less commonly traded botanicals. All along the supply chain, from growers to consumers, concern and demand for fair trade herbs and wild-caught botanicals is increasing. But the certification is in its infancy, and growing pains are evident.

It’s been easy to gain attention for crops such as sugar and cocoa that have been connected to child labor and other examples of worker exploitation, says Josef Brinckmann, vice president of research and development with Sebastopol, Calif.-based herbal tea company Traditional Medicinals. Although other botanicals typically are not associated with such issues, they too require fair trade practices, he adds. 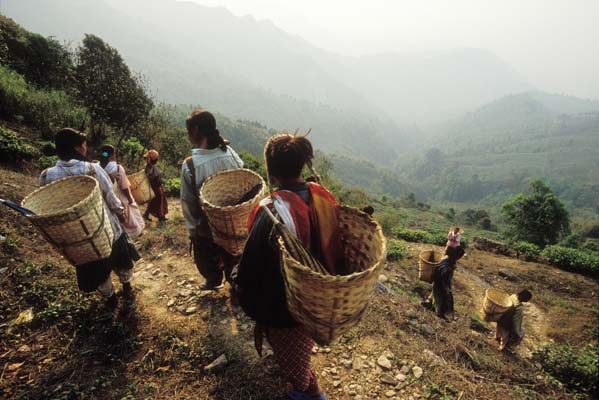 As young people leave rural areas for cities to make more money, the average botanical collector is now over 50 years old, Brinckmann explains. Unless subsequent generations are able to make most, or all, of their income from wild collection to support their families, the plant foraging tradition will come to a stop, he says.

Proponents of fair trade say bringing the practice to developing regions will guarantee consistent business and fair wages for wild-botanical collectors, as well as ensure investment in farmers’ communities. In many cases, it would also confirm that sustainable practices are in place.

With double-digit growth reported in 2010 for fair trade product sales in both conventional and natural channels, the certification is obviously meaningful to consumers. But “if you ask the average consumer what fair trade means in the supplements aisle, they probably won’t know,” says Kerry Hughes, director of the U.S. branch of the Institute for Marketecology, an international agency for inspection, certification and quality assurance of eco-friendly products.

Retailers agree. “Requests for fair trade herbal supplements are few at this point,” says Kris Berg, general manager of Cambridge Naturals in Cambridge, Mass. “Customers certainly are familiar with it and are seeking it out for groceries—chocolate and tea, in particular—but the lingo has yet to catch on in herbs and supplements.”

At Organic Planet Worker Co-op in Winnipeg, Canada, fair trade is as important a buying criteria as organic and local. Still, shoppers do not yet demand it—at least not for dietary supplements, says Stephen Kirk, an employee/owner and buyer at the co-op. (To learn more about Organic Planet, see page 38.)

Fair trade is where organic was in the late 1980s and early ’90s, Brinckmann says. “There’s a lot of confusion about the multitude of seals, what they mean and for which products,” he says. “But interest in and concern for fair trade at the supplements and tea level is growing.”

Manufacturers priced out of certification

“We believe that fair trade certification is very important, but with the current structures, it’s out of our price range,” says Heather Henning, national sales manager for Boulder, Colo.-based Organic India tea and supplements company. Many fair trade–certified products are single crops like coffee and sugar, she says. Organic India’s products often contain multiple herbs and include ingredients that don’t have fair trade standards in place. “For [the Ayurvedic herb] tulsi, there’s no setup for it, so we’d have to start from scratch,” Henning says.

Although Organic India doesn’t have a fair trade certifying agency at this time, the company’s social investments in its growers are impressive. It established a co-op in India and not only gives 1 percent of its product sales to members, but also has built three health clinics for the co-op and works to help girls get to school and continue on to college. Organic India is transparent in its price setting and pays above market value—whether the crops fail or flourish. The company also ensures that environmental and agricultural sustainability practices are used on its farms.

Henning says Organic India reviews annually whether it should become fair trade certified. In the meantime, it relies on packaging to communicate its social and environmental commitments.

Gaia Herbs’ Greenfield says retailers are showing a growing interest in fair trade. As a result, the company is looking into working with a certifying agency. But, like Organic India, Greenfield says Gaia has always worked with farmers to give them a fair wage and support sustainable practices.

Gaia also believes what a company practices at home with its employees is as vital as fair trade initiatives. “When we have questions about what we are doing to help developing countries, we start by talking about what we are doing here,” Greenfield says. Gaia does plenty on the home front. The company grows food for all 120 employees, has a cook prepare a meal twice weekly from its organic garden and donates produce to a local soup kitchen, Bread for Life.

As Gaia navigates its way through the increasingly complicated web of certifying agencies, Greenfield is hoping to find an organization that sets standards for ecological as well as social and economic sustainability. Each fair trade standard has its own criteria. Along with fair wages and labor practices, most include some requirements for environmental protection. FairWild, an increasingly popular certification for botanicals, combines ecological and social aspects, for example.

With more than five fair trade seals currently adorning packages, each denoting something different, most agree that the fair trade landscape is anything but uniform. Is a unified standard the solution? “In principle, it’s not a bad idea, but there are different considerations for different types of products in different countries and communities, so it might be easier said than done,” Brinckmann says.

Amid the sometimes confusing and quickly evolving fair trade certification world, IMO’s Hughes sees a positive side. “It’s an exciting time with a lot of change,” she says. “There are so many certifications that there’s a lot of competition over which approach is better. It raises integrity.”