Vitamin E: What you need to know about the SELECT trial 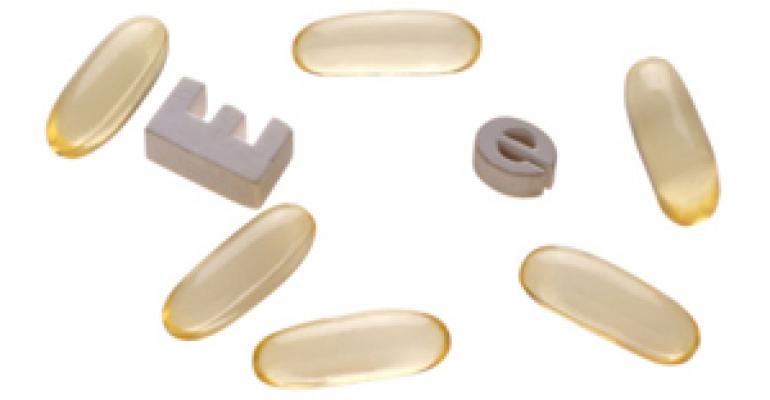 Is vitamin E safe? Natural retailers may be hearing this question a lot in the wake of a sweeping new study published in October 2011 in the Journal of the American Medical Association. We asked lead researcher Eric Klein, MD, a Cleveland Clinic urologist, about the findings.

Is vitamin E safe? Natural retailers may be hearing this question a lot in the wake of a sweeping new study published in October 2011 in the Journal of the American Medical Association. We asked lead researcher Eric Klein, MD, a Cleveland Clinic urologist, about the findings.

The Selenium and Vitamin E Cancer Prevention Trial (SELECT) divided 35,000 50-plus men into groups: One took 200 mcgs of selenium daily. One took 400 IUs of vitamin E. One took both. One took neither. After 5.5 years, researchers halted all supplementation after determining it did not prevent prostate cancer. After 18 additional months of follow up, they also concluded that neither agent extended life or prevented lung or colorectal cancer, and E alone actually increased prostate cancer risk by 17 percent. Vitamin E and selenium together showed no such risk.

Eric Klein, MD: A lot of epidemiologic data suggested that selenium and vitamin E could prevent prostate cancer, and laboratory data suggested that both nutrients have plausible anti-cancer mechanisms. Two previous clinical trials [designed to test for different outcomes] had demonstrated as secondary endpoints that vitamin E alone and selenium alone substantially reduced risk of prostate cancer. The SELECT trial was specifically designed to determine, via a clinical trial, whether one or both of these supplements could help prevent prostate cancer.

EK: We don’t know for sure but there are a lot of theories. One is that, at high doses, some antioxidants may become pro-oxidants [meaning they induce, rather than quell, oxidative stress on cells]. Another hypothesis suggests that taking high levels of alpha-tocopherol [a form of vitamin E] may depress gama-tocopherol, which is actually what prevents cancer. Yet another hypothesis is that if you take high doses of one fat-soluble vitamin you suppress absorption of others—including vitamin D, which might actually have anti-cancer properties.

NFM: What kind of vitamin E did you use in the study and why?

EK: We used dl-alpha tocopheryl acetate, a synthetic version of vitamin E. This is the same compound that was used in the Alpha-Tocopherol Beta Carotene (ATBC) trial, which showed that men who took vitamin E had a substantially lower risk of getting prostate cancer.

NFM: Is it possible that natural vitamin E might have yielded different results?

EK: We don’t really know whether using a natural form would make a difference. The National Cancer Institute and the Southwest Oncology Group have no plans to test other vitamin E compounds.

NFM: How do you explain the positive results of the ATBC trial?

EK: The ATBC trial was designed to test vitamin E and beta carotene for lung cancer prevention in smokers. A reduction in prostate cancer incidence was observed, but this secondary finding may have been due to chance. Also, the dose of vitamin E used in SELECT (400 IU/day) was higher than the dose used in the ATBC (50 IU/day). Researchers sometimes talk about a “U-shaped response curve,” where very low or very high blood levels of a nutrient are harmful but more moderate levels are beneficial. Although the ATBC dose may have been preventive, the SELECT dose may have been too large to have a prevention benefit.

NFM: Should consumers be worried about vitamin E in multivitamins?

EK: I don’t know with absolute certainly, but I can say that the typical multi contains about 20 times less vitamin E than we used in the study.

NFM: What comes next?

EK: We would like to try to understand the biological mechanism behind the results. We have a bio-repository, including plasma, white blood cells, DNA and toenails that were collected at baseline and in some cases after intervention. It is being made available to the wider scientific community for continued study at www.swog.org.

Although the SELECT trial was a “well- done study and rigorous in its design,” consumers—and retailers—should not “rush to judgment” and eschew vitamin E altogether, says Duffy MacKay, ND, vice president of scientific affairs for the Council for Responsible Nutrition. In fact, the amounts of vitamin E found in multivitamins is miniscule compared to those in the SELECT study and help to fill in the gap for the many men who don’t get the recommended 25 IUs of vitamin E daily in their diets, MacKay says. In addition, studies show that higher doses of E may prevent or slow progression of macular degeneration and have cognitive and cardiovascular benefits.

Stick with the vitamin E in your multivitamin, consult with a medical professional before taking higher doses to address specific issues, and take vitamin E along with other vitamins when possible. “Nutrients are meant to be taken in combination to benefit from their synergistic effects,” MacKay says.

Keep looking at different doses and forms of vitamin E, including natural versions, to see if results vary. “Science is built in increments, and we cannot forget the other trials that showed reduced risks of cancer among people who took E,” MacKay says.