Will Nestle’s move to cut out artificial colors be the tipping point in the U.S. candy market? 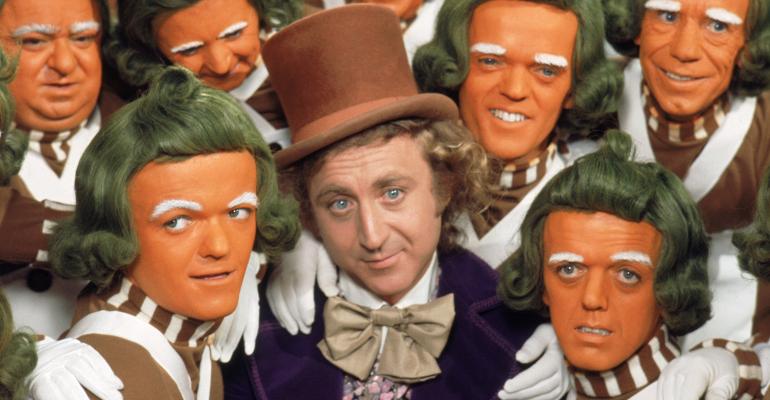 Europe puts warning labels on products containing artificial colors and flavors. America lets the ADHD roll on. But the free market may prevail.&nbsp;

Something went horribly wrong in the candy aisle somewhere between Willy Wonka and the Chocolate Factory and the opening decade of the 21st century.

While the original 1971 movie was selected by the Library of Congress for being “culturally, historically or aesthetically significant,” the real story is that since that time, almost all candies in the U.S. market have been artificially colored and maybe artificially flavored as well (as if sugar needs a hand-up).

“Consumers in the U.S. have this notion of something called fun. One of the most absurd statements is it doesn’t look fun enough – fun being artificially colored with extremely vibrant colors,” said Adam Melonas, CEO and founder of Chew, based in Cambridge, Massachusetts, which works with large food and beverage companies to “make nutritious delicious.”

For companies to turn to natural colors is not nearly as difficult as it may seem – particularly with health issues starting to be recognized around children who consume artificial colors and flavors.

“From a sourcing perspective, natural is the most readily available,” said Melonas. “Technically, it’s more difficult to apply and to keep natural colors as vibrant because they don’t settle into place as easily as artificial colors. But Nestlé in Europe has been making candy with natural colors for a long time.”

And that’s likely where the motivation for Nestlé came from bringing European sensibilities to the U.S. market; why bother with two different formulations?

Another example: Fanta orange soda. The U.S. version is colored with Red No. 40 and Yellow No. 6. In the U.K., it's pumpkin and carrot extract.

By the end of 2015, more than 250 Nestlé products, 10 brands and 75 recipes including Butterfinger, Crunch and Baby Ruth will be free of artificial flavors and colors. In the Butterfinger bar, the golden crunch center, now colored with Red No. 40 and Yellow No. 5, will be colored with annatto, which comes from the seeds found in the fruit from the achiote tree. In the Crunch bar, natural vanilla flavor will replace artificial vanillin.

“Our commitment to remove artificial flavors and certified colors in our chocolate candy brands is an important milestone,” said Doreen Ida, president, Nestlé USA Confections & Snacks. “We know that candy consumers are interested in broader food trends around fewer artificial ingredients. As we thought about what this means for our candy brands, our first step has been to remove artificial flavors and colors without affecting taste or increasing the price. We’re excited to be the first major U.S. candy manufacturer to make this commitment.”

Of course, while Nestlé is the first major candy maker to make the move, it is hardly the only one.

"Nestle's move may prompt other confectioners to follow, but the progressive brands are already in this space for first-mover advantage and the wallets of parents who trust them," said Kantha Shelke, principal of food innovation consultancy Corvus Blue, based in Chicago.

The U.S. government, through the National Institutes of Health and the FDA, assessed whether artificial food colors – Red 40, Red No. 2, Yellow 5, Yellow 6 – were having effects on children. In their assessment, some studies showed a correlation, while others did not.

Based on equivocal results, the FDA concluded that artificial colors resulted in limited “behavioral changes in a small subgroup of children with hyperactivity or other problem behaviors” in groups other than ADHD kids. Notably, the agencies said it was more the “result from a unique intolerance exhibited by certain predisposed children to a variety of food items and color additives.”

Hence, with U.S. regulatory agencies seeing the problem as being with the children and not the artificial colors, per se, the FDA merely suggested labeling the presence of colors – not an outright ban – so that consumers can make an informed choice.

Not so the Europeans.

In 2010, the European Food Safety Authority required food manufacturers to put warning labels on foods using artificial colors. EFSA noted the use of six artificial colors “may have an adverse effect on activity and attention in children.”

In England, the government asked food companies to voluntarily remove artificial dyes by the end of 2009. All companies complied.

Notably, there is a greater incidence of ADHD in American children than Europeans.

The upshot has been that there is now more use of natural colors than artificial colors in the European market.

And all it takes to hit the threshold of carcinogenic activity is a single can per day of cola. But it depends on whose cola.

In the manufacture of caramel, colors III and IV produces 4-MEI. According to California’s Prop 65, the threshold for a warning label is 29 micrograms per day. Consumer Reports toxicologist Dr. Urvashi Rangan said the limit should be about 3 micrograms/day, based on a 2-year study showing every dosage level tested on rodents caused cancer.

Dr. Pepper Snapple products have around 10 mcg per serving.

Malta Goya has more than 300 mcg per serving.

"Soft drink consumers are being exposed to an avoidable and unnecessary cancer risk from an ingredient that is being added to these beverages simply for aesthetic purposes," says Keeve Nachman, PhD, senior author of the study and director of the Food Production and Public Health Program at the Center for a Livable Future and an assistant professor at the Johns Hopkins Bloomberg School of Public Health. "This unnecessary exposure poses a threat to public health and raises questions about the continued use of caramel coloring in soda."

Seems as if the future is truly coming up natural. Willy Wonka would be pleased.