Adulteration: It’s worse than you think. But maybe it’s getting better 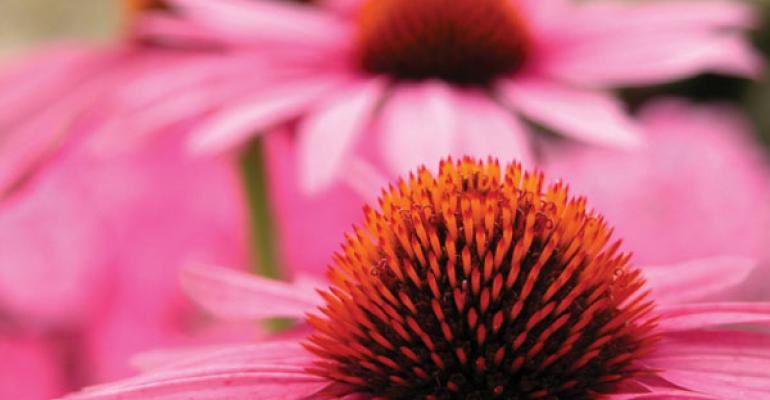 Looking under the hood of the botanicals world reveals much work still to be done. So maybe the NY AG is doing herbal operators a favor?

The current controversy around botanical supplement adulteration is roundly considered not as bad as the New York Attorney General’s office made it out to be. But that doesn’t mean a problem doesn’t exist. Nor does it mean we’ve heard the last of it. In fact, some would say the public flogging has only just begun.

“It’s embarrassing that a state attorney general had to publicize what the industry already knew was going on for decades,” said George Pontiakos, president of botanical supplier BI Nutraceuticals, the largest raw material supplier in the herbal supplement space. “A lot of companies are doing it the right way, but there’s a sub-component that continues to infect us with bad publicity. We do nothing to protect the marquee.”

The Food Safety Modernization Act of 2010 is said to raise the bar among suppliers when it gets fully phased in by applying elements of Good Manufacturing Practices to suppliers.

“Manufacturers will have the affirmative responsibility to ensure compliance by suppliers,” said Michael McGuffin, president of the American Herbal Products Association. “Historically, you had to know who your supplier is. Ever since the Bioterrorism Act of 2002, you had to know one forward, one back; that is, who you got it from and who you sold it to so you could trace the source. Now the change with FSMA is you have to know that they are in compliance – not just to/from, but documentation that your supplier is in compliance.”

But as with DSHEA, which has GMP requirements baked in, and the Bioterrorism Act, and FSMA, there continues to be layers of regulations put upon the supplements industry – but very little to show for it.

“Everyone thought GMPs would wipe out the market, and it didn’t happen,” said Pontiakos. “There’s still a large component that will buy substandard product knowingly and they don’t care. The industry should weed out buyers because there will always be a seller. Buyers are rated in this industry by how cheap you can get it. That’s an accelerant to stupidity.”

Pontiakos said the recent hubbub around DNA barcode testing and ingredient quality is actually helping his business because they are known – and can verify – to have their supply-chain management efforts zipped up.

A BI program called “dock to stock” validates the hygiene of the grower and the field, and then traces the chain of custody from the time the plants are cultivated or wildcrafted. Importantly, clients come to the BI facility to be part of the validation process of incoming material – from lead and volatile oil content to Prop. 65 compliance.

“They don’t have to wait five days for results of micro or identity testing,” said Pontiakos, “There’s no failure-rejection rate because it was done at the dock. We’ve spent millions of dollars on our lab – why not take advantage of it and dovetail our budget to yours? It’s a much smoother process.”

Despite all the safeguards BI brings to the table, Pontiakos said that, industry-wide, it’s pretty easy to adulterate.

“You can go out and buy Oregon grape root cheaper than cohosh,” he said, “And then salt it and if you’re not testing for it you’re in trouble.”

Another major issue is with so-called “multipurposing” of raw materials. This is when the valuable extracted compounds are removed from the source botanical, and then the “dregs” of the herb are re-sold to another party.

“It’s a continuous move to strip off oils and sell the high-dollar things,” said James Neal-Kababick, founder and director of Flora Research Laboratories, a leading analytical testing lab, “and then take the marker compounds and make a standardized extract, and then take the leftovers and dry it down and make a 20:1 extract.”

“It’s a common practice in this industry,” seconded Roy Upton, executive director of the American Herbal Pharmacopoeia, at the United Natural Products Alliance analytical summit conference in Salt Lake City last week. “These are the things they should be paying attention to.”

Multipurposing, then, broadens the definition of adulteration from substituting a low-cost material for the real thing to “removing a constituent of value,” said Joe Betz, director of the Office of Dietary Supplements at the National Institutes of Health.

With all these flies buzzing around the carcass, it’s a fair question whether even the renewed interest in the subject from a new audience – namely the state-level attorneys general – will put a dent in the issue. An emerging consensus seems to hope so.

“As bad as this attorney general stuff is, they’ve raised the bar,” said Upton. “This used to be nerd stuff. Now it’s CEO stuff. CEOs are being fined, they’re being told that Whole Foods will not buy this stuff unless you do this and this. Maybe that’s the silver lining in all this.”

Botanical industry faces the music for its adulteration problem
Feb 03, 2015
Teaming up against adulteration
Jul 01, 2015