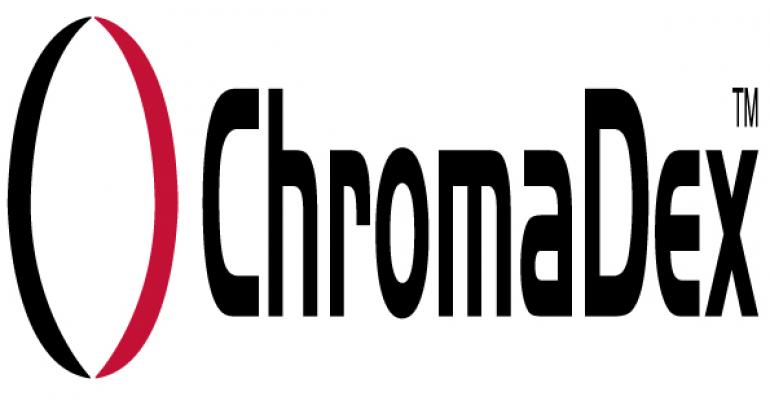 Dr. Oberdan Leo, with the help of Drs. Fabienne Andris, Anthony Rongvaux and Frederic Van Gool at the Universite Libre de Bruxelles, identified the mammalian gene encoding for nicotinamide phosphoribosyl tranferase (Nampt), the rate limiting enzyme in the biosynthetic pathway linking nicotinamide (a major component of Vitamin B3) to NAD. The group led by Dr. Leo later demonstrated that this biosynthetic pathway plays an important role in lymphocyte development and in the regulation of innate immunity.

Dr. Leo commented, "The discovery that immune activation led to increased expression of Nampt led us to postulate intracellular NAD status may play an important role during an immune response. Exogenous NR has been shown to promote intracellular NAD accumulation and we are therefore thrilled by the possibility to explore, in collaboration with ChromaDex scientists, the effect of NR on the immune system in a series of preclinical models.

Commenting on the announcement, Frank Jaksch, ChromaDex founder and CEO, states, "We are pleased to partner with Dr. Leo and ULB, adding to the growing list of highly esteemed researchers and universities studying the important health benefits of nicotinamide riboside."

ChromaDex's NIAGEN has the potential to be a next generation niacin (Vitamin B3) and become part of the portfolio of B-vitamin ingredients that are included in products serving multi-billion dollar markets such as multi-vitamins, nutraceuticals, weight-loss, energy drinks, sports nutrition, meal replacements, infant formula, food and beverage products.

NIAGEN is the first and only commercially available brand of NR. Over the past two years, ChromaDex has built a significant patent portfolio pertaining to NR by separately acquiring patent rights from Cornell University, Dartmouth College and Washington University. ChromaDex believes its patent rights create a significant and meaningful barrier to entry for would-be competitors in the NR market.