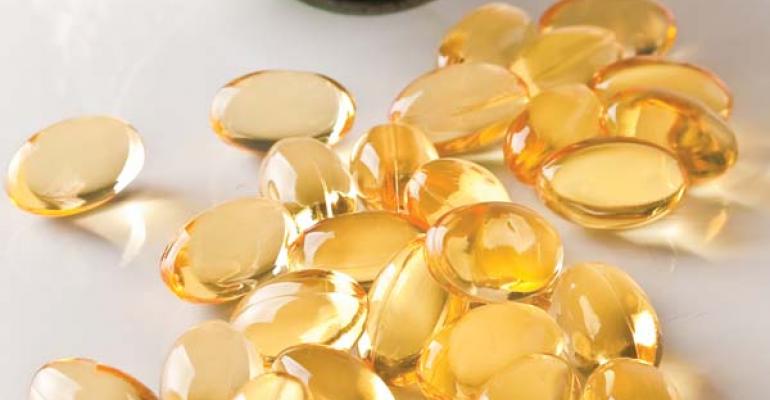 Will you read all about this one from the mainstream media? Don&#39;t count on it.

Less than two weeks ago, the Journal of the American Medical Association published a study showing a relatively low dose of omega-3s (350mg DHA)--about the amount found in a single serving of salmon--failed to improve cognitive health outcomes.

Within 24 hours, the media outcry against omega-3s was fierce and unrelenting. Newsweek’s headline was: “Omega-3 Supplements Are a Waste of Money.” Everybody else, from the Washington Post to the Chicago Tribune, piled on.

[The real news, as we reported, was that the DHA dose was too low. Read it here.]

And yet, when a JAMA network publication, JAMA Neurology, published a study today showing that low blood levels of vitamin D predicts accelerated decline in cognitive function in older adults, the chorus from the crickets is deafening.

And even among those news outlets who covered it, suspicions abounded.

Consider NPR, whose first sentence in its story read, “There have been suggestions that low levels of vitamin D might be a factor in cognitive decline and Alzheimer's disease, but there's no proof that the lack of D is actually causing the problems.”

Because we can’t be definitive about a study, especially one saying positive things about vitamins--but when a negative study comes out, stop wasting your money on vitamins!

That leaves it to us to let you in on the details. Researchers at the University of California-Davis followed an ethnically diverse group of 382 men and women, average age 75, between February 2002 and August 2010. By ethnically diverse, we mean 41 percent were Caucasian, 30 percent were African-American, 25 percent Hispanic and 4 percent other. Also, 62 percent were women. Researchers wisely took blood samples at the start of the study, finding the average blood levels of 25-hydroxyvitamin D (25-OHD) was 19 ng/mL.

To put that in perspective, the Institutes of Medicine declared that a vitamin D deficiency is below 20 ng/mL--but ask any self-respecting vitamin D researcher or complementary practitioner physician and she’ll tell you the bare minimum should be 35 ng/mL (and many will say to keep it above 50 ng/mL).

Researchers broke out the study subjects into four groups: deficient (less than 12 ng/mL); insufficient (12-20 ng/mL); adequate (20-50 ng/mL) or high (>50 ng/mL). At the start of the study, 17.5 percent had dementia already, 32.7 percent had mild cognitive impairment and 49.5 percent were cognitively normal.

In those groups, the average 25-OHD number was 16.2 for the dementia group, 20.0 for the mildly impaired group, and 19.7 for the normal group. It may not seem like a huge difference, but in the context of the study, the difference between the dementia group and the others was considered statistically significant.

At the end of the study, the researchers found that subjects who had deficient (less than 12 ng/mL) or insufficient (12-20 ng/mL) vitamin D levels experienced the greatest rates of cognitive decline.

Those low in vitamin D declined more in short-term memory as well as executive function. They were declining about two and a half times faster than those who had adequate vitamin D.

The study did not determine whether vitamin D supplements would slow cognitive decline but, like...take vitamin D supplements, people! And for food and beverage manufacturers, it's so inexpensive, with the health benefits so great, that you can reasonably functionalize any product with vitamin D.