HomeArchiveSurprisingly, DNA barcoding is not perfekt
Recent
Latest
Sponsored Content
How brands can get their trade spend under control – article
Sponsored Content
Going organic lifts everyone up – video
6 natural brands partner with UNSTUCK on new product line to aid refugees
Jun 23, 2022
Sponsored Content
The power of organic messaging – download
Trending
Getting ready for 2023: Trends for brands to consider
May 17, 2022
Unboxed: 7 clean collagen powders with a twist
Jun 21, 2022
12 brands marketing positivity, kindness and joy
Jun 17, 2022
Coca-Cola axes Honest Tea, but its founders are just getting started
Jun 07, 2022

Surprisingly, DNA barcoding is not perfekt 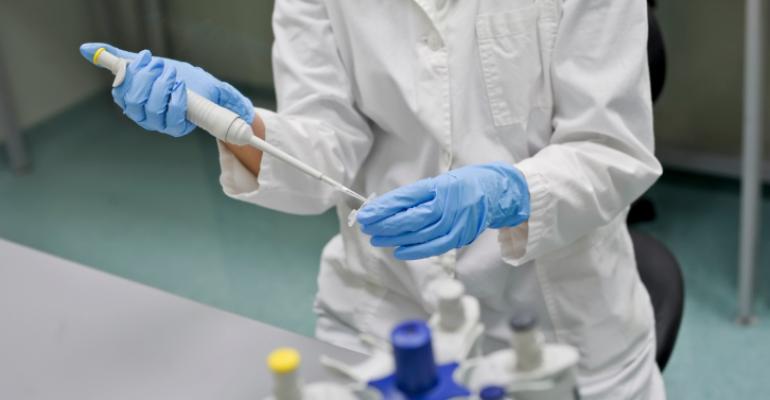 DNA barcoding is a lot trickier than most people realize, and according to one professor who uses it in her lab, &ldquo;The data is not reliable enough to launch lawsuits.&rdquo;

DNA evidence seems to solve every episode of CSI on television. So when the New York attorney general’s office used the new DNA barcoding technology to assess whether botanical extracts contain what the bottles claim they’re supposed to contain (and found four out of five products did not), the public largely accepted those results.

Of course, in the press releases from the attorney general’s office, all they talked about was how GNC was going to start using DNA barcoding, just like they did. And lost in that statement was the disclaimer that GNC would use DNA barcoding only on botanical products that were not extracts, because everyone – except for the attorney general’s office and the New York Times – knows that DNA evidence is scant once botanicals are processed in the extraction process. There are no St. John’s wort flowers in a bottle of St. John’s wort extract supplements.

But also lost in the discussion is that even when DNA barcode analysis is used on botanical supplements that are not extracts, results may vary.

“You get false negative results from processed ingredients or due to interferences from the matrix,” said Nandu Sarma, Ph.D., director of dietary supplements programs at USP, at the United Natural Products Association analytical summit conference in Salt Lake City last week. “You can also get false positive results from foreign organic matter occurring naturally.”

Sarma said there is a need for reference standards with DNA analysis, because it is no easy feat to identify the part of a DNA strand that is universal among all species of a plant. He said USP is “hoping to make some progress” in validated DNA testing systems by mid-2016.

In fact, DNA barcoding is a lot trickier than most people realize.

“Everyone wants to simplify DNA barcoding, and it’s not that way,” said Danica Harbaugh Reynaud, Ph.D., CEO of AuthenTechnologies, the one existing commercial DNA barcoding laboratory in the United States (though Alkemist Labs is expected to begin using its DNA barcode machine starting in early 2016).

Reynaud said you can take 100 ginkgo samples from all over the world and get many different results. DNA analysis has to focus on specific DNA strands within a plant’s chloroplast, as opposed to its cellular nucleus. She said DNA barcoding is best for identifying hybrids and mixtures.

The word from academia is even worse. Susan Murch, Ph.D., professor at the University of British Columbia, said in her lab they get only about 80 percent accuracy readings.

“The public expects 100 percent certainty,” said Murch. “We’ve seen a degree of certainty between 53 and 85 percent. These methods are not working as well as being portrayed in the media. So you use two barcodes, and even then you get about 80 percent differentiation between species. So if you’re only differentiating between species 80 percent of the time, the data is not reliable enough to launch lawsuits.”

She asserted that there are “limitations and variabilities” with using the technology.

“If we did DNA barcode on air, we’re going to find bacteria, fungi, all kinds of other living organisms,” she said, “but we will not find oxygen!”

But the attorney general’s efforts to use DNA barcoding is certainly ramping up botanical and supplement industry efforts to get caught up in using the technology.

“Your industry is being used a little bit,” said Murch. “To do things botanists wanted to do with basic science, about how plants related to each other. We havent’ had tools to measure products on shelves. DNA barcoding was originally created to look at species evolution and taxonomy.”

Jim Kababick, who runs Flora Labs, asserted that DNA barcoding “is a good first step but will not give you the full answer.”

Despite these questions from various parties, Reynaud asserted that in AuthenTechnologies' commercial testing lab, results are much closer to perfect than the representatives in academia or those with testing labs who do not use the technology are saying.

“You need to determine the exact right gene to look for in the physoplasma,” said Reynaud.

No easy feat, but AuthenTechnologies been successful at building a reference library. And, despite calls from some to open-source the library so the greater industry will be in harmony about what exact gene sequences to look for in a given herb, Reynaud said that their reference library is a competitive advantage.

“I don’t agree with the method used by the New York attorney general’s office – and since they haven’t released their testing methods, we can’t be sure exactly what they did,” she said. “But it’s been good for business.”

AuthenTechnologies has gained the GNC franchise for its DNA barcode testing when it begins later in 2016. The company has been doing DNA barcoding for five years, and has assembled a decent library of reference material – enough, she said, to be able to test all of the GNC products they’ll need to test.