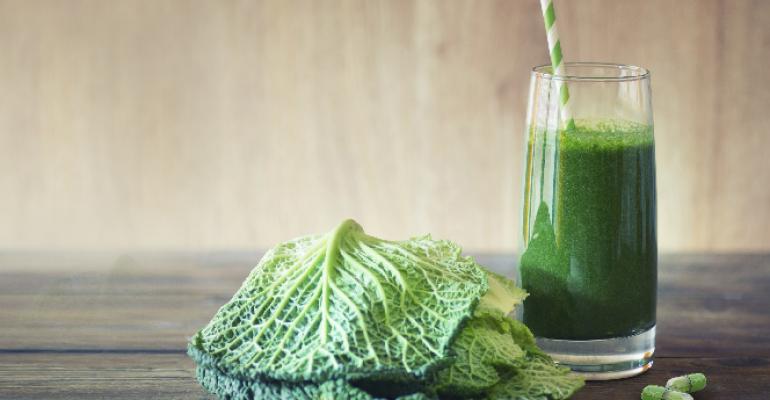 Known for its heart-healthy benefits, consumers are looking towards vitamin K supplements. Find out here what&#39;s best to stock.

With so much attention shining on other nutrients (hello, omega-3s and vitamin D), vitamin K probably isn’t even on your customers’ nutritional radar. But the latest research shows that this stealth nutrient can have a major impact on reducing disease risk.

Found in leafy greens, cheese and natto (Japanese fermented soybeans), vitamin K is best known for its essential role in blood clotting. “Without vitamin K we would bleed to death within 10 minutes” because of a cut of any size, says Cees Vermeer, PhD, of Maastricht University in Netherlands. Therein lies its catch. While the vitamin is safe for most people and is routinely given to newborn babies (who are not born with enough), if you’re taking the blood-thinning drug Coumadin (warfarin)—which targets the mechanism by which vitamin K works—it’s dangerous to take vitamin K without a physician’s close supervision.

Vitamin K supplements can be confusing because there are three different forms to choose from: vitamin K1 (called phytonadione or phylloquinone) and two forms of K2, MK-4 (menatetrenone) and MK-7 (menaquinone). All three offer health benefits, typically specific to each type. And although studies have compared vitamin K1 and K2, no human studies have directly compared the effects of K2’s two types, acknowledges Vermeer, one of the world’s top vitamin K experts.

Vitamin K is a fat-soluble nutrient, so it’s always best to take it with a little food, even if it’s just a spoonful of nut butter. Also keep in mind that vitamin K1 and the MK-4 form of K2 break down within a few hours, whereas the MK-7 form of K2 lasts for days in the bloodstream. Discover three of K’s key benefits your customers need to know.

Address osteoporosis. The human body needs vitamin K to activate osteocalcin, a protein that incorporates calcium into bone; without enough, bones won’t develop normally or remain strong. A recent study showed that combining vitamin K1 with vitamin D and genistein (a soy extract) reduced the risk of broken bones in postmenopausal women, while a three-year study found that MK-7 supplements prevented bone loss. Very large doses of MK-4 daily have actually reversed osteoporosis. The best option for those at risk may be a combination supplement with all three K’s, though it will contain smaller amounts of each form.

Balance blood sugar. Vitamin K can also help regulate blood sugar levels, according to recent studies, via osteocalcin, which does double duty as a hormone. Vitamin K–dependent osteocalcin regulates the number of insulin-producing cells in the pancreas, the secretion and activity of insulin, and the size of fat cells. Several human studies have found that vitamin K1 supplementation improves glucose tolerance.

Reduce heart calcification. The body uses vitamin K to make a protein that helps regulate where calcium gets deposited. With adequate vitamin K, calcium moves into bones (where it’s needed) and out of the heart’s major arteries (where it’s not needed). According to research, both K1 and MK-7 seem to prevent or reverse arterial calcification, also known as hardening of the arteries. Apparently everyone can benefit, but “especially people with diabetes, chronic kidney disease and older folks,” because of their higher risk of associated health problems, says Vermeer. Vitamin K also helps heart cells make energy, a role similar to its chemical cousin coenzyme Q10.