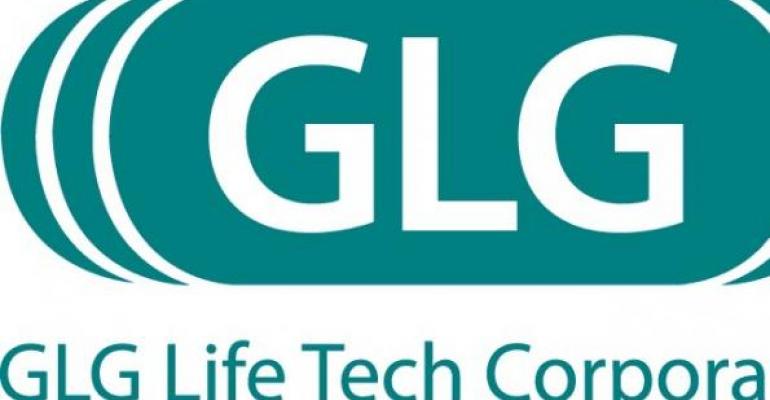 GLG&nbsp;will produce and supply luo han guo extract products to one of the global leaders in the food industry.

GLG Life Tech Corp. (TSX:GLG), a global leader in the agricultural and commercial development of high-quality natural sweeteners, is pleased to announce that it has signed an agreement under which it will produce and supply luo han guo (Chinese monk fruit) extract products to one of the global leaders in the food industry.

GLG expects revenues from this 12-month agreement to be in the range of $9 to $12 million (USD), and notes that achieving these revenues will be dependent on both the market price for luo han guo fruit as well as the Company's conformance to the customer's product specifications. While initially encompassing a one-year term corresponding to the 2014 growing season, harvest, and subsequent production, GLG and the customer have the express option to extend the agreement over future years.

This agreement not only marks GLG's entry into the luo han guo production and supply space, it also immediately positions GLG to be a leading producer of luo han guo products, and will enable the Company to capitalize significantly on its efforts over the past year. GLG previously announced that it had developed a vertically integrated supply chain for the luo han guo business, including agriculture and advanced processing and purification capabilities. Earlier this year, GLG filed in China a patent for its luo han guo processing technology. The Company has also undertaken the GRAS self-affirmation of its luo han guo extract products and, in May 2014, submitted its notification to the FDA of self-affirmed GRAS status.

Company Chairman and CEO Dr. Luke Zhang shared his views on achieving this agreement: "We are very pleased to have concluded this important agreement with one of the world's leading food industry companies and we believe that it reflects the strong potential of the luo han guo market opportunity for GLG. GLG expects to be in production starting in the fourth quarter of 2014 and we look forward to many years of future growth in the luo han guo business. This market opportunity leverages GLG's expertise in China agriculture and extraction and refining capabilities."

Producing luo han guo products is a natural extension of GLG's core stevia product line; these product lines are each naturally sourced sweetener ingredients and Luo Han Guo is often used complementarily. Furthermore, as Dr. Zhang noted, GLG's experience as a global market leader, agricultural expert, and technological innovator in stevia has facilitated the Company's entry into luo han guo, as much of the expertise gained in developing and optimizing its vertically integrated stevia operations has lent itself well to achieving the same for luo han guo.