Does the non-GMO movement need its own Charlie Sheen?

I’ve known for a long time that the spread of genetically modified crops threatens the integrity and future of the organic industry. Yet, it wasn’t until I attend Natural Products Expo West 2011 this month that it hit me just how dire the GMO situation has become in the United States. This is how UNFI Chairman Michael Funk described the battle brewing between the organic industry and the chemical companies that own the patents for GMO seed: “This is not David vs. Goliath. This is Godzilla vs. a couple of ants—and we are the ants.” 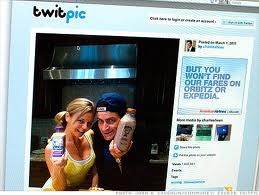 So who could help us take on Godzilla? I’m only half kidding when I suggest Charlie Sheen. The actor-turned-alien-rock star is obviously a train wreck, but he also has the ear of the mainstream public—the very people we need to reach and make understand that all of us will lose the choice of organic and non-GMO food if the unrestricted use of genetically engineered crops continues.

Sheen's proven that his mainstream megaphone is powerful. The actor broke a Guinness Book of World Record when he signed on more than a million followers during his first 24 hours on Twitter. His first unsolicited product endorsements—for Broguiere’s Farm Fresh Dairy chocolate milk and Naked Juice—resulted in an uptick in sales for both brands, according to CNNMoney.

OK, so maybe Sheen (with his tiger’s blood and live-in “goddesses”) isn’t the best pick for the non-GMO movement, but I believe all of us who care about this issue need to start thinking bigger—much, much bigger.

We need to reach out to the tens of thousands of mommy bloggers out there who, rather than pitching Jimmy Dean Sausage, might feel compelled to help spread the word about preserving our children’s future access to organic and non-GMO food. We need to compel the mainstream press to really dig in to this issue and report on the dangers created by our system of no mandatory labeling for products containing genetically modified ingredients. (On this point, much work needs to be done, as I learned from a recent conversation with the health reporter from a major metro newspaper. “GMOs are too technical a subject for our audience,” she told me. “My readers don't care about GMOs right now.”)

Perhaps most important, we need to galvanize and organize those millions of U.S. consumers who do care (and are soon to care, once we better spread our message of preserving choice) to take action on the national stage and, better yet, in our local communities. This is how GMOs were defeated in Europe. In fact, one British woman I spoke to at Expo West described how non-GMO advocacy groups staged local shopping events, where people would fill up their shopping carts with food and when they got to the checkout counters, they would ask the clerks which products in their carts contained GMOs. This type of non-confrontational action brought the attention of GMOs to the store clerks, their retail stores and other consumers in Europe. In the United States, it might force labeling laws for products containing GMO ingredients.

In all of this, we need to communicate one clear, cohesive message that is delivered with conviction but also with rationality and credibility (another reason why Sheen might not be our best spokesman). Rationality is important because our movement is often called “woo woo pseudo-science” and “unsubstantiated hysteria.” These were just a few of the negative terms used in blog, Facebook and Twitter posts that were published following Dr. Oz’s show on GMOs (which aired in December 2010). A main argument of these posts was that people felt the non-GMO rhetoric on the show was anti-science.

I’m not anti-science. In fact, I question some of the health science that is frequently cited by a few non-GMO activists. That said, I also am very much pro-choice when it comes to food. I want to know what is in my food, and I don’t want to be forced to consume GMO products simply because, through contamination, they have become the only choice available. As Stonyfield Farm’s President, Gary Hirshberg, told NewHope360.com during Expo West: “The message that we have to get out there is that when [genetically engineered] crops are allowed to go unrestricted and they start to contaminate our organic supplies, there won’t be an organic anymore.”