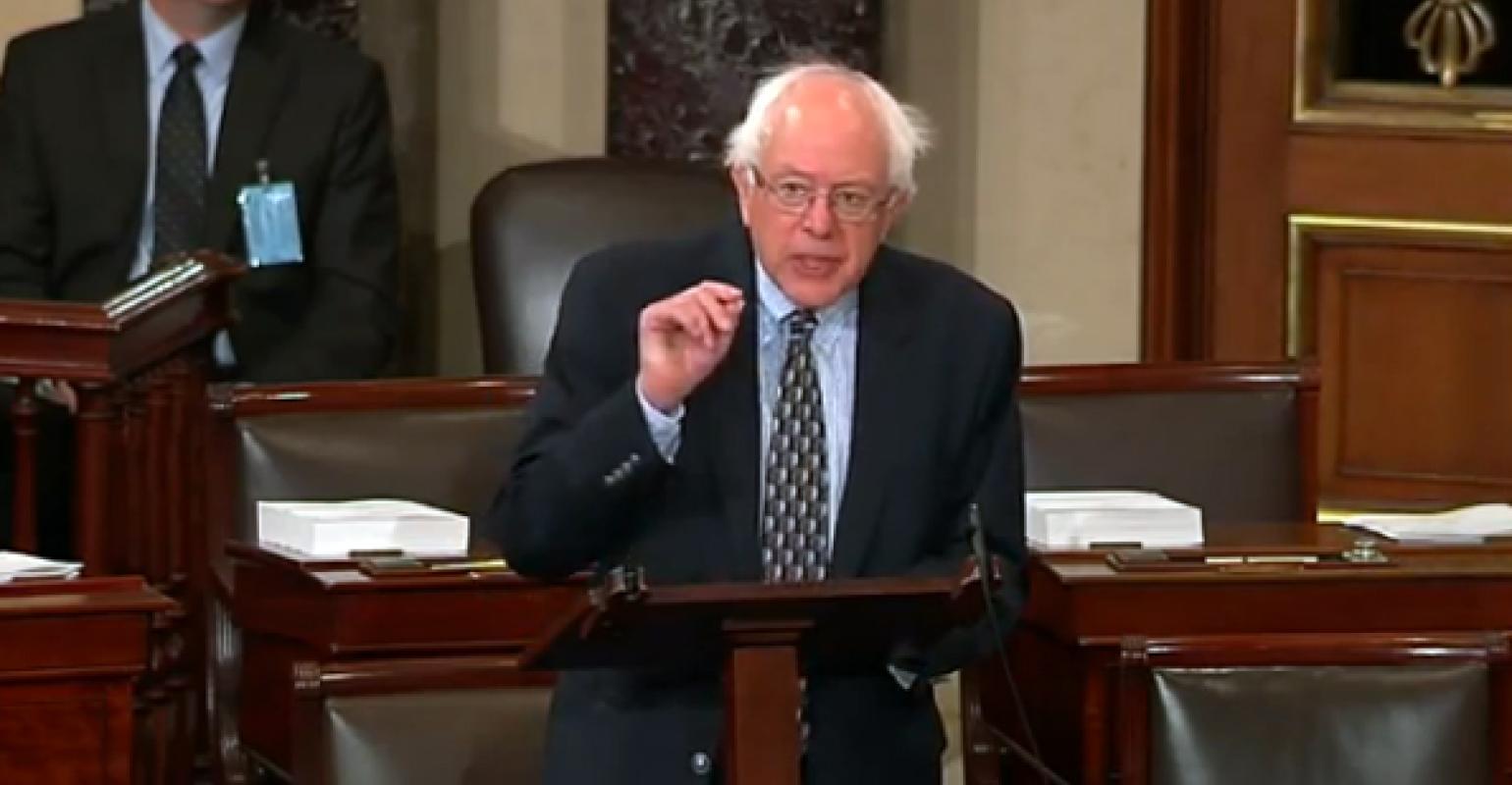 This morning, the Senate rejected an amendment to the farm bill which would have granted states the right to label genetically engineered ingredients on food and beverages. What are the implications for the non-GMO movement?

Food policy enthusiasts are squirming with excitement this week as the U.S. Senate votes for the 70-odd amendments to the farm bill—the massive, 1000+ page bundle of legislation covering everything from crop subsidies to farmers markets to (curiously) the removal of Canada geese from airports.

The $500 billion farm bill passed today at a vote of 64 to 35, but not without some disappointments for natural and organic supporters.

Recently, the farm bill grew particularly interesting to non-GMO supporters when Sen. Bernie Sanders (I-VT) proposed an amendment clarifying that any state can require mandatory labeling of food and beverages made with genetically engineered (GE) ingredients.

Sanders delivered the amendment, co-sponsored by Sen. Barbara Boxer (D-CA), through an impassioned speech on the senate floor last week.

“The amendment is about allowing states to honor the wishes of their residents, and allowing consumers to know what they are eating,” said Sanders. He also cited that food labels already list more than 3,000 ingredients ranging from high-fructose corn syrup, MSG, and trans-fats, and that 95 percent of Americans agree that labeling GE foods should be allowed.

The Senate voted on the amendment earlier today.

Why is the proposed amendment important?

The aptly named Sanders Amendment is an interesting way to bolster the non-GMO movement because technically states already have the right to label GMOs, should they so desire. California is on track to vote for their GMO labeling proposition in November, and earlier this year states such as Connecticut and Vermont attempted to introduce similar bills, only to have them squashed by biotech company Monsanto. Monsanto threatened to sue Vermont—which would have cost the state thousands in taxpayer dollars.

“In the political arena we have to take baby steps,” said Mary VonBreck, chief lobbyist at GMO Free Boulder. “It's a great tactic of oppressors [like Monsanto] to tie you up in court. States just don’t have the funds like corporations do. With this amendment, Sanders is responding with some kind of blanket of protection.”

In his senate floor speech, Sanders stressed that Monsanto and other major biotech corporations should not be the ones to decide what types of food we eat. “The United States Congress and the American people should make that decision,” he said.

“This amendment would be a show of force because it clarifies states have the right to label GMOs,” VonBreck explained.

While the Senate rejected the amendment this morning at a wincing 73-vote majority, the pure existence of the proposed legislation is encouraging to the non-GMO movement.

“GE labeling is an issue that hasn’t been adequately vetted,” explains Colin O’Neil, regulatory policy analyst at the Center for Food Safety. “There have been no previous hearings in the Senate, and this was the first piece of legislation of its kind. Most of the information about GE labeling on the Hill has been a public relations spin from the biotech industry. There is a lot that needs to be clarified.”

Indeed, in 2011 Monsanto spent $2 million in the third quarter to lobby Congress and the USDA on issues like loosened regulations for GE crops and more stringent patent protections, according to Bloomberg Businessweek.

While the squashed amendment validates that state labeling initiatives continue to be threatened by the federal government, there was some reassurance from senators whose states have expressed interest in GE labeling. “By and large, states that have introduced labeling laws—such as California, Vermont, Connecticut, and Washington—were reflected in votes. This is almost supportive of the movement in itself,” says O’Neil. “Additionally, the findings section of the amendment reiterated that states already have the right to label GMOs. That sends a strong message.”

“Anywhere we can get a foot in the door is important,” VonBreck said. “From a broad perspective, the more opportunities we give consumers at a ground level to hear about the issue and speak to their representatives the better. Politics are never the leaders on any issue. When the people lead, the leaders follow.”

With biotech companies spending exceedingly more than the organic industry around the issue, what’s the best way to move forward with GE labeling? Doing the legwork, says O’Neil. “When feet meet the pavement legislators start to listen. It’s not the most expensive or fastest way to get things done—it takes a longer time and a lot of volunteer hours. But it’s one of the best ways to have a more sustainable and deeply rooted shift in consciousness.”

Editor's Note: This article was updated on June 25th