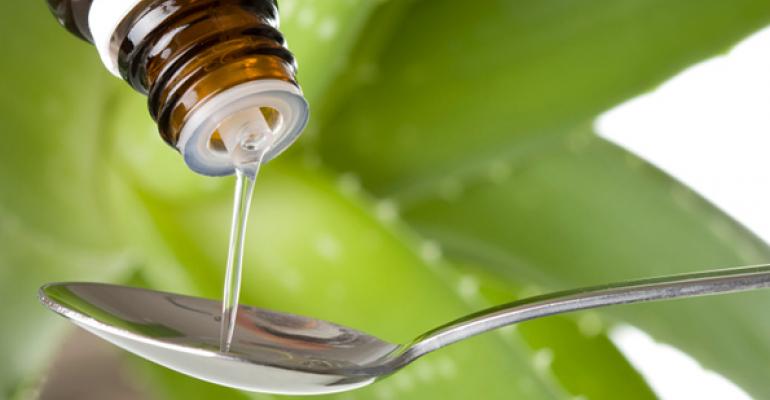 California's Office of Environmental Health Hazard Assessment (OEHHA) on Dec. 4, 2015, added Aloe vera, non-decolorized whole leaf extract and goldenseal root powder to its list of "chemicals known to the State of California to cause cancer" for purposes of the state's Proposition 65. This action follows on OEHHA's April 2015 notice of intent to list these substances under its so-called "Labor Code listing mechanism." In both the April proposals and last week's formal notice of listing, OEHHA identified these substances as "natural constituents" of the Aloe vera plant (syn. A barbadensis) and the goldenseal plant (Hydrastis canadensis), respectively.

The American Herbal Products Association (AHPA) submitted comments on June 9 to OEHHA to oppose these listings. These comments, among other details, opposed OEHHA's use of the so-called Labor Code listing mechanism; requested that the listings, if adopted, be relevant only to oral routes of exposure since the purported bases of the listings were oral administration in rodents; and asserted that there should be no listing of goldenseal based only on a single carcinoma as observed in one test animal fed goldenseal root powder at a dosage of 2.5 percent of the animal's diet over nearly its entire lifetime, equivalent to between about 72,000 and 116,000 milligrams per day for a 60 kilo human, while the standard adults dose of goldenseal is 2 grams daily and the herb is used only sporadically.

The International Aloe Science Council (IASC) also submitted comments to OEHHA on May 21 regarding the listing of the Aloe vera ingredient. These comments advocated for the addition of the term "non-decolorized" to the chemical name to maintain nomenclature consistency with the scientific research upon which the listing of the Aloe vera substance is based. For additional clarity, IASC asked for the specification in the listing itself of the aloe vera ingredients that are not included in the listing, as identified in the April 2015 notice of intent to list. IASC also sought to specify the relevant route of exposure (ingestion) in the listing as reflected in the scientific research.

OEHHA adopted only one of these recommendations by adding the word "non-decolorized" to the description of the Aloe vera ingredient. AHPA and IASC's other comments were completely ignored.

When a new substance is added to Proposition 65, companies that market products that represent an "exposure" to the substance generally have one year to ensure products comply with Proposition 65 requirements by either reformulating products or providing a "clear and reasonable warning" for each such product as soon as that one year time has passed, unless otherwise exempted. Thus, currently marketed products that contain these ingredients are not yet required to provide such warnings.

There is an exception to this requirement for ingredients that are "naturally occurring" in foods and in other consumer products prepared with food ingredients, such as cosmetics. OEHHA's regulations clarify that an exposure to a Prop 65 listed chemical does not occur, such that no warning is required, in the following situations:

The clarification by OEHHA that these ingredients are "natural constituents" of their botanical sources may suggest that the above described "naturally occurring" exemption will apply to products that contain goldenseal root powder or non-decolorized whole leaf extract of Aloe vera. But AHPA is aware of a 60-day notice brought by one private plaintiff against several marketers of pennyroyal oil due to absence of warnings for the naturally-occurring presence of pulegone, another substance listed as a carcinogen.

Also unknown at this time is whether any plaintiff will target other goldenseal ingredients, such as extracts of the root. On the other hand, it may be unlikely that any plaintiff will identify the aloe listing as relevant to products that contain Aloe vera leaf extract that has been decolorized and that is accurately labeled as such, or is accurately labeled as one of the aloe ingredients that is not included, as specified in the April 2015 notice of intent to list.

AHPA and IASC will be in active communication with experts and authorities on enforcement of California's Proposition 65 and will provide additional guidance as information is collected and reviewed.

The route that leads a substance to a so-called Labor Code listing by OEHHA generally starts in Lyon, France, when the International Agency for Research on Cancer (IARC) makes a determination that the substance is carcinogenic to humans or is probably or even possibly carcinogenic to humans. The latter, IARC's Group 2B, was applied in 2013 to both goldenseal root powder and the listed Aloe vera ingredient.

On the other hand, the more stringent Group 2A listing (i.e., "probably carcinogenic in humans") was subsequently applied by IARC to glyphosate (the active ingredient in the herbicide Roundup®), and in fact OEHHA has already proposed to list this as "a chemical known to the State of California to cause cancer." More recently, IARC classified red meat in Group 2A and processed meat in the most severe classification, Group 1 ("Carcinogenic in humans").

OEHHA has yet to issue a notice of intent to list either red meat or processed meat as "a chemical known to the State of California to cause cancer" based on the recent IARC classifications. If a proposed listing is not forthcoming, OEHHA will have inconsistently applied its purported obligation to propose a listing based on these IARC conclusions under the so-called Labor Code listing mechanism, which could be considered to be arbitrary and capricious from a legal standpoint.

2 Note that other rules apply to a Prop 65 listed chemical that is a "contaminant" (see CA HSC §25501(a)(4)), though this is not relevant to pulegone or other naturally-occurring constituents.