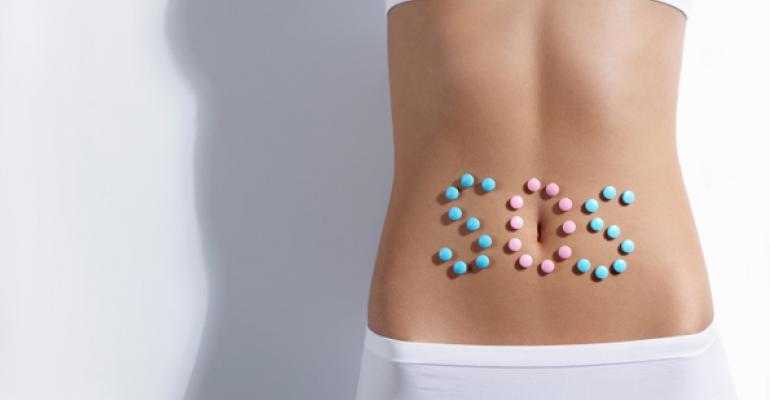 Probiotics are mainstream. How mainstream? Elton John mainstream. William Shatner mainstream. PBS series special mainstream&mdash;thanks in part to Dannon chipping in $100,000 for the production of a three-part television series, titled &ldquo;Microwarriors.&rdquo; The second of three parts, narrated by Captain Kirk with contribution by Captain Fantastic, will be ready to roll in November 2012.

In a category created for the mass market by Dannon, probiotics rose at a boisterous 43 percent in mass markets in the last year, which followed up 48 percent growth in mass markets between 2010 and 2011. Dannon’s flagship probiotic-infused product, Activia, launched in 2006, accounts for about one-third of the $1.6 billion in annual mass-market sales.

“It seems to be building; it’s not going away,” assessed Mary Ellen Sanders, PhD, consultant with Dairy and Food Culture Technologies. “Science is what drives it and science will not go away.”

In the US, probiotic supplement sales grew by $140 million in 2011, reported Euromonitor. The market research firm predicts that by 2016, probiotic drinking yogurt will be a $21 billion concern, probiotic spoonable yogurt at $17 billion, and supplements at $4 billion. “By 2016 we expect US to overtake mature Japan in supplement sales. There’s strong growth across many countries,” said Ewa Hudson, Euromonitor’s global head of health and wellness research. She said the US is “definitely the place to be when you want to sell probiotics. There’s strong growth, and strong future growth. There’s a chase for the first global probiotic brand—it’ll likely be a US brand. If I were to speculate, I’d think either a dietary supplement or OTC pharma player because they have distribution. Bayer and P&G are definitely some of the suspects.”

Global probiotic yogurt leader Dannon cannot be ruled out, either. Hudson said 2010 sales of Dannon’s Activia were $500 million worldwide, with Japan’s Yakult second at $300 million. Dannon reportedly has hundreds of strains in its bailiwick, and either through a concerted effort or, more likely, M&A activity, could use its expertise in marketing probiotics to pick up a leading supplement company and take it global.

The interesting story, however, is not that things seem to be going so well. Rather, the story is where the ingredient will end up after the dairy aisle, what health conditions, besides digestive issues, will be aided by these bacteria and whether regulators from Brussels to Washington, DC, will be successful in quashing the category altogether.

Although probiotics got their start with fermented dairy products, a distinct lack of label information on dosage levels leaves consumers wondering if that dairy product is worth all the hubbub. “People who really want probiotics for their physiological effects will still supplement,” asserted Kantha Shelke, principal at Corvus Blue consultancy. “They’re looking at it in terms of every incremental piece of probiotic is worthy, but not if it’s more expensive. Until somebody makes a fabulous product that people can’t live without that happens to have probiotics in it, it won’t take off in the food sector.”

Ganeden, supplier of a unique spore-forming probiotic ingredient, respectfully disagrees. Its flagship BC30 strain can withstand food processing conditions, and its sales are up 110 percent from 2010 to 2011.

“The opportunities, as we see it, are in products consumers already eat on a regular basis. Instead of adding new habits, we want to be where the consumers are,” said Michael Bush, vice president of business development at Ganeden Biotech Inc. “We especially like breakfast, which is the most habitual of meals. Some people eat cereal every day, others eat yogurt, while others eat oatmeal—and many drink coffee. We strongly believe that everyone should consume a quality probiotic every day, so why not include a quality probiotic in those foods—so long as the probiotics are viable at the time of consumption.”

And while Ganeden has the singular ingredient to do so, they are not alone in pushing the envelope ahead. Supplier Chr Hansen has commercialized Lactobacillus casei431, the first probiotic specifically developed for juice and juice drinks.

Studies show strong results, which could possibly be the first to withstand the innovation-crushing scrutiny of the European Food Safety Authority (EFSA).

Dannon’s Michael J. Neuwirth, senior director of public relations, said that more “front-of-plate instead of side-of-plate” usage occasions are in the offing, as are more niche artisanal brands—which might show the origin or ingredients, specifically the farm where a particular milk comes from, or types of fruits used. “Those types of things can be differentiating to a certain consumer,” he said.

Preliminary Ganeden research is showing interesting uses for probiotics as a means to enhance mineral absorption, amino acid uptake, and improving endurance (of interest to sports enthusiasts), as well as how gut flora affects mood.

“The sports nutrition market is big,” said Bush. “We see some kind of innovative beverages coming out that are kind of cool.”

Third-generation probiotic food products looking to make a splash in the market include probiotic-infused yogurt with collagen to appeal more to women, and yogurt with added inulin as a weight-management food.

While digestive conditions like irritable bowel, colitis, food intolerance and diarrhea have been the traditional areas of research, the National Institutes of Health’s Human Microbiome Project is looking to take a page from the human genetic mapping project and assay all the different strains of gut microflora in the body.

“You’re going to see things build off the results of the global human microbiome project,” said Sanders. “We will be able to understand the organisms associated with what conditions instead of shooting in the dark about what probiotics are useful for things. As they get a clearer sense of what types of populations are associated with health—which are disrupted and lead to different types of health problems—we’ll see probiotics as intervention. We’re talking five, 10, 15 years down the road.”

Headwinds on the horizon

A significant headwind against all this good news is the Western regulatory apparatus. In Europe, EFSA is considering mandating that food manufacturers cannot so much as include the word “probiotics” on front-of-pack labels. The agency apparently is concerned that the word probiotics is so sexy that it has become a health claim in and of itself.

Meanwhile, US-based research is being quashed by bureaucratic fumbling. It seems that within the FDA’s several centers, a decision was made to classify probiotics as a biologic instead of a food. This distinction means the agency considers probiotics to be a drug and not a food ingredient—its natural appearance in fermented dairy products notwithstanding.

“If it’s called a drug first, you can’t go back to calling it a food or supplement. People doing development work are stuck,” explained Sanders. “Companies are saying that they’ll do research in China or Poland, not the US because they don’t want a drug application process. You can use them as ingredients but if you come up with new species—and the human biome project will come up with new strains—the NDI guidance will say you can’t market them as supplements.”

The NDI guidance is currently under review, and the probiotics issue was one of the bones of contention between industry and the government body. It remains to be seen how that will turn out. Perhaps by late 2013 we will know more.

The following is a excerpted from the Nutrition Business Journal / Engredea Monograph series, “Ingredient Market Forecast 2012-13.” To read the Executive Summary and Table of Contents, and to purchase the full 76-page report, go to www.newhope360.com/monograph.

This is the area with one of the greatest chances of growing consistently in the deacades ahead because its core consumer market is underserved—women, who are three times more likely than men to have a digestive problem, and “mature” consumers who experience increased episodes of constipation with age.

Worldwide, juices made up 11 percent of proiotic beverage launches in 2010, according to market research firm Mintel’s Global New Product Development database. In 2009, 11 percent of US consumers who consume functional foods and drink look for probiotic beverages; by 2010, that percentage had risen to 27 percent. And it’s not just in grocery stores: Jamba Juice, with more than 700 outlets nationwide, and Red Mango, both have probiotic blends on offer.

Nothing better illustrates the powerful potential of highly targeted probiotics than the story of BLIS Technologies Ltd. The New Zealand company has commercialized BLIS K12, a substrain of Streptococcus salivarius, which kills pathogens in the oral cavity—ears, nose and throat.

Finance activity is vibrant in the nutrition industry—and that includes DuPont’s buyout of probiotics supplier Danisco. With a lot of interest from outside companies in the nutrition industry, probiotics—as one of the leading ingredient classes—seems sure to attract attention. But will it lead to deals? “My understanding is that pharma doesn’t think that the science is broad enough yet to invest heavily in probiotics,” ventured Connor Link, associate editor at Nutrition Business Journal.

Addressing a “major problem” with the booming probiotics category, testing and auditing organization USP has produced a set of standards specifically for food and beverage manufacturers that want to vouchsafe the authenticity and count of probiotic strains they receive in house.

With the probiotics game now moving beyond generic species and down to specific strains, manufacturers need help in identifying shipments as well as in understanding the proper steps they need to take to get the most benefit out of the probiotics.

“Trust but verify—that’s what USP does,” said Markus Lipp, PhD, director of USP Food Standards. “Our proprietary appendix is a service to stakeholders in the supply chain to help verify the authenticity of ingredients, because ingredients look like white powder and change hands before they are incorporated into a food product.”

The testing methods take into consideration the particularities of specific probiotic strains. They help supply-chain managers differentiate between different strains, between live and dead micro-organisms, how to wake up spore-forming strains, the best temperature and media to enumerate particular strains so that the quantity of probiotics used is accurately reflected on packaging, and more.

“I think the USP's work is very important as it should provide a single place where food manufacturers can go to acquire the information needed to accurately enumerate specific strains,” said Michael Bush, vice president of business development for Ganeden Biotech, makers of the spore-forming Ganeden BC30 strain. “It is quite difficult for a manufacturer to "identify" or verify the identity of a strain. But most manufacturers’ primary concern is in the enumeration of a strain. Different organisms require different enumeration techniques to optimally enumerate [count colony-forming units, or CFUs]. Our strain requires a very different protocol as compared to enumerating Lactobacillus acidophilus NCFM (aerobically grown) or enumerating Bifidobacterium animals Bb12 (anaerobically grown).”

The need for these standards is ever more acute because of the popularity of probiotics. New suppliers are coming into the market all the time, and manufacturers are looking to harness the market appeal of probiotics. In both cases, there is the very real chance that inexperienced players will not due their due diligence in making sure the probiotics they purchase are the proper strain and at the accurate level.

“We need standards because we know products are being tested by purchasers but we need to test it in the right way. If you take different analytical test methods you’ll get different results,” said Lipp. “Probiotics are no different from any other ingredient—there are accidental mistakes like if something is mislabeled. New players coming into the game may or may not understand the ins and outs of producing safe and efficacious food ingredients and there could be problems.”

The USP appendix covering probiotics is available at www.forum.foodchemicalscodex.org/forum/login. Register to access the site. Then click on 2011; December 2011; Proposed Changes and Additions; General Tests and Assays. Look for “Appendix XV: Microbial Food Cultures Including Probiotics.”