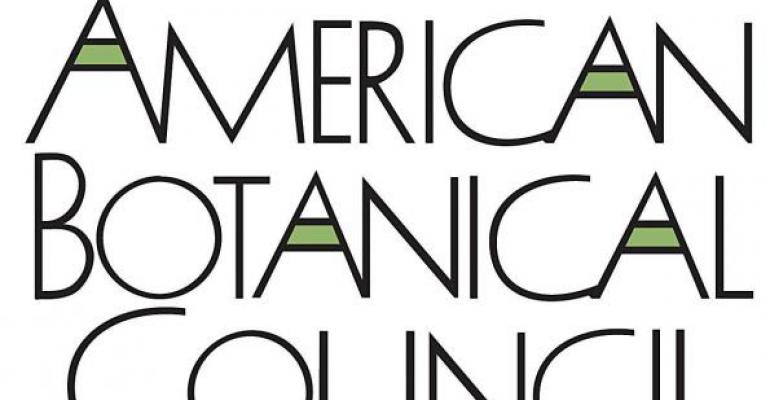 HerbClip is one of the most robust databases available that provides a much deeper dive into the herbal science and clinical literature than a study&rsquo;s abstract.

HerbClip summaries and reviews are typically focused on the growing body of human clinical trials for herbs and phytomedicinal products, including systematic reviews and meta-analyses of such clinical trials. These articles are drawn from a wide variety of peer-reviewed scientific and medical journals, as well as occasional monographs, government documents, special reports, trade journals, and news articles. In addition to summarizing the original article, HerbClips often include insights, perspectives, criticism, and links to other articles or resources.

Per ABC style, HerbClip reviews always provide the trade name of the medicinal product on which the study is based—including the name of the company that produced the tested material or product—as well as a description of the product, extract, or material so that the reader is able to have a better understanding of the potential significance of the study’s results. HerbClip summaries and reviews are vetted by editors and peer reviewers before they are published to help ensure their accuracy.

“In this era of ever-expanding information, it becomes increasingly difficult to remain apprised of such varied content without some assistance that provides an overview of pertinent material. HerbClips have served that need for me,” said Francis Brinker, ND, HerbClip consulting editor, clinical assistant professor in the Department of Medicine at the University of Arizona College of Medicine, and an ABC Advisory Board member. “HerbClips have been a steady and wide-ranging supply of information on botanicals that otherwise would have often passed me by.”

HerbClip’s roots stretch back to 1993, just five years after ABC was founded. At the time, ABC Founder and Executive Director Mark Blumenthal would often photocopy and share relevant news articles with numerous friends and professional colleagues. When the cost of toner for ABC’s copier became prohibitively expensive, inspiration struck. Blumenthal called two close friends in the herb industry and asked if they would be willing to pay for a service to send them articles summaries of the latest herb research and related developments. The friends agreed, and HerbClip was born.

In the beginning, HerbClip involved mailing summaries and reviews of herbal literature to ABC colleagues in the academic and scientific communities, as well as key members of industry. At the time, no such service existed in the natural medicine and herbal supplement industry. The groundbreaking HerbClips offered not only summaries and reviews, but also the original articles on which they were based when such permissions were granted by the articles’ publishers. In 2005, ABC started to include HerbClip News with each mailing—a column of commentary from HerbClip Managing Editor Lori Glenn. Two years later, the first electronic HerbClips were sent to ABC members, dramatically expanding readership. By 2009, all HerbClips were delivered electronically, which further solidified the organization’s commitment to environmental sustainability.

“There has been a virtual explosion of scientific and clinical publications on herbs, medicinal plants, phytomedicines, essential oils, so-called ‘functional foods,’ and medicinal fungi in the past several decades,” noted Blumenthal. “HerbClip is probably one of the most robust databases available anywhere that provides researchers and other interested parties a much deeper dive into the herbal science and clinical literature than merely reading a study’s abstract”

“I would like to take this opportunity to formally thank HerbClip’s Managing Editor Lori Glenn for her long time service to ABC and the herbal community for her stewardship of HerbClip for over 11 years,” added Blumenthal. “ABC also gratefully acknowledges HerbClip writers Heather Oliff, PhD, who has written over 1,120 HerbClips since 1999, and Mariann Garner-Wizard, who has written more than 1,000 HerbClips since 1999.”

“HerbClip has an amazing group of writers and consulting editors,” said Glenn. “The peer reviewers, who provide their expertise to the various subjects covered in HerbClip, are an integral part of the process and their input is vital to the quality of the summaries and critical reviews produced. Tamarind Reaves, the assistant editor, consistently and thoroughly examines each HerbClip prior to the production process. I am most appreciative of all the time and effort from those who are part of the HerbClip Educational Service.”

“Wow 6,000 HerbClips!” exclaimed Heather Oliff, PhD, of California-based Science Consulting Group, LLC. “Reading HerbClip is an easy way to keep abreast of the latest research in the industry. I appreciate that the HerbClip writers critique the reports so that readers can quickly see the value of a study. I am so proud to have written more than one-sixth of the total HerbClips.”

HerbClip summaries and reviews are available online through the ABC website, herbalgram.org. The entire database of 6,000 articles is searchable by common and Latin names of herbs, author names, journal and article titles, pharmacological actions, clinical endpoints, conditions, and more.

Fifteen new HerbClips and an HerbClip News article are produced twice monthly. At least four HerbClips from each installment are available to the public for free; ABC members at the Academic level and above can access the entire HerbClip database. Sponsor members also receive HerbClips and, when available, the PDF versions of the original articles on which they are based.