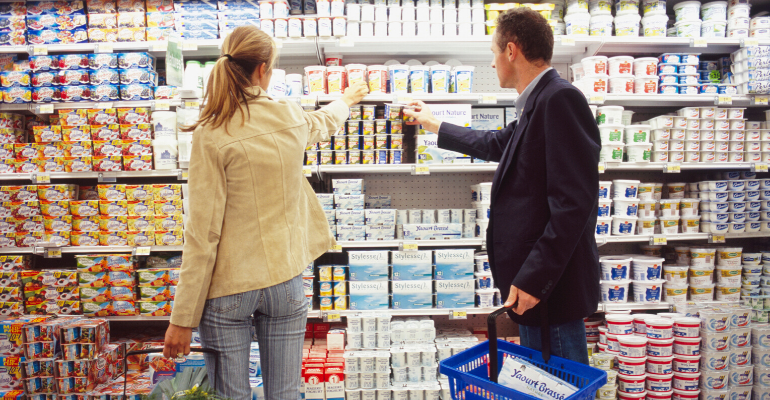 Organic foods traditionally are more expensive than conventional foods, but a recent analysis by Magnify Money found that price gap could be narrowing.

The analysts considered 29 products that were available in organic and conventional versions, then compared prices for the weeks ending on the third Friday of September: Sept. 20, 2019, and Sept. 17, 2021. Since 2019, prices of these conventional foods have risen 13.9%, compared with 1.6% for organic varieties, they found.

The organic food with the greatest price increase was russet potatoes: Organic prices rose 53.6%, while conventional prices rose 14.1%. The most recent prices reported by the U.S. Department of Agriculture are $1.49 for organic and $0.84 for conventional. Magnify Money did not provide the 2019 prices.

The price of organic Granny Smith apples rose 49.9%, compared with a 42.3% increase for conventional Granny Smiths.

Oddly, the only organic produce item that is cheaper than conventional is sweet onions, with the organic variety costing $1.11, compared with $1.23 for conventional—a difference of $0.12 or 9.9% per pound, Magnify Money reported. Since 2019, the organic price has dropped 25.5%, while the conventional price increased 11.8%. 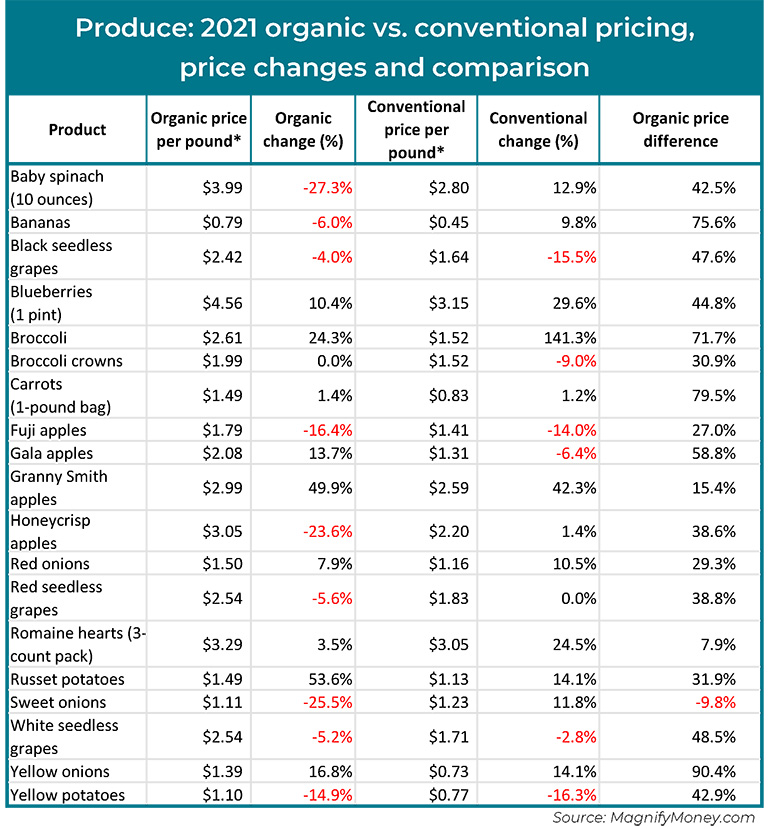 Overall, conventional dairy prices increased an average of 25.6% since 2019, Magnify Money reported. Conversely, organic dairy prices dropped 0.9%. The biggest price change was for a gallon of conventional milk, which increased 34.7%, compared with a 7.6% increase for the organic version.

Organic milk, cottage cheese and cheese all cost at least 50% more than their conventional counterparts. 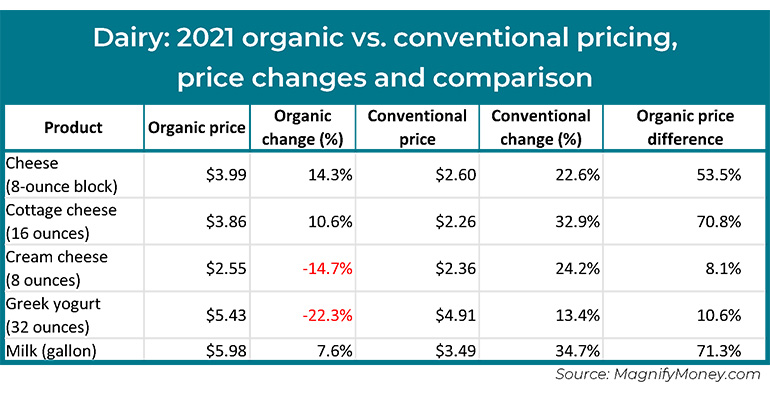 The cost of organic boneless, skinless chicken breasts fell 2.2% in the past two years, while the price of the whole fryer dropped 1.0%, according to Magnify Money.

Even an organic whole fryer costs more than twice what a conventional fryer costs. 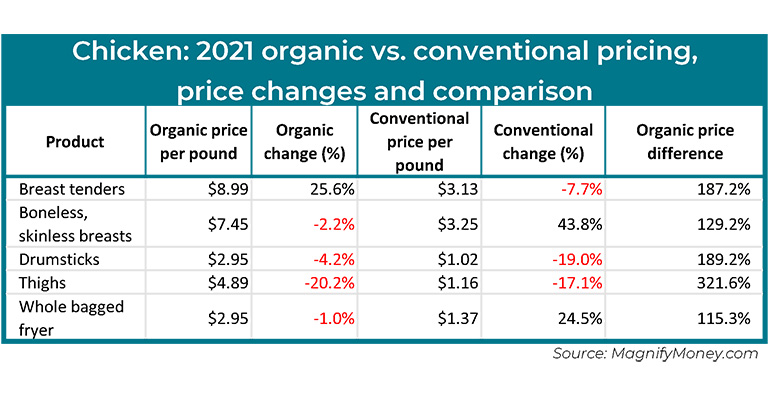