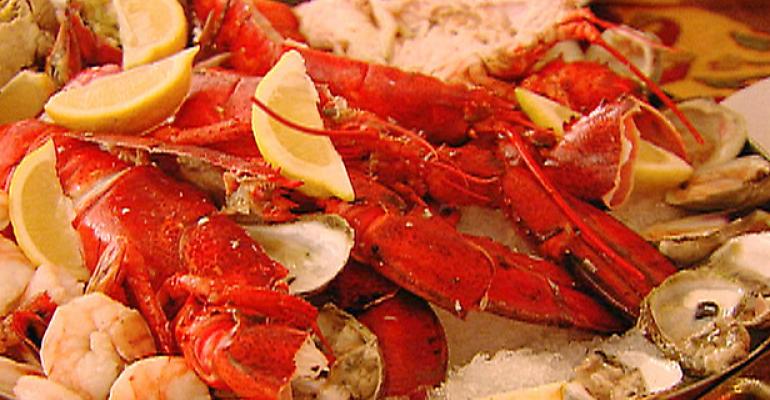 Based on lauric arginate, a derivate of lauric acid, L-arginine and ethanol—all naturally occurring substances—CytoGuard LA can be used on both fresh and frozen seafood.  Gil Bakal, A&B Ingredients’ Managing Director, notes that A&B Ingredients manufactures CytoGuard LA for food processing operations as an effective preventative in the control of bacteria that can cause foodborne illnesses.

“We know that for the most part, foodborne illnesses are the direct result of eating foods that are contaminated with bacteria, parasites or viruses that occurs in food processing. CytoGuard LA significantly reduces the bacterial levels by altering the cell membranes of the microbes, thus preventing their growth,” says Bakal.

According to Bakal, what enables CytoGuard LA to effectively reduce pathogens in seafood products is its low toxicity in conjunction with its antimicrobial properties. This makes it a valuable tool for the fish processing industry with respect for improved safety and product quality. “The antimicrobial properties of lauric arginate are derived from its action on the Cytoplasmic membranes of the microorganisms. CytoGuard LA causes a disruption or instability of the plasma membrane lipid bilayer, altering the metabolic process and detaining the cellular cycle,” he says.

CytoGuard LA when used on seafood is not affected by pH and has a wide spectrum of activity and functions on nearly all bacteria. According to A&B Ingredients, CytoGuard LA is particularly effective not only against Listeria but Salmonella, E. Coli, Campylobacter, yeast, molds and Lactobacillus as well.

CytoGuard LA is also effective for improving food safety and reducing bacteria levels of frozen seafood products, where pathogens can be introduced in the cooling systems. Because it is late in processing it addresses pathogen concerns upstream.

The preferred method of application of CytoGuard LA is through A&B Ingredients’ SLIC™ (Spayed Lethality in Container) technology. SLIC is a patent-pending process designed to improve the safety of ready to eat (RTE) processed meat products against foodborne contaminants. But unlike its conventional rivals, SLIC is based on introducing an antimicrobial into the vacuum packaging of the food products before, or as the product is inserted, using the force of the vacuum to spread the antimicrobial purge.