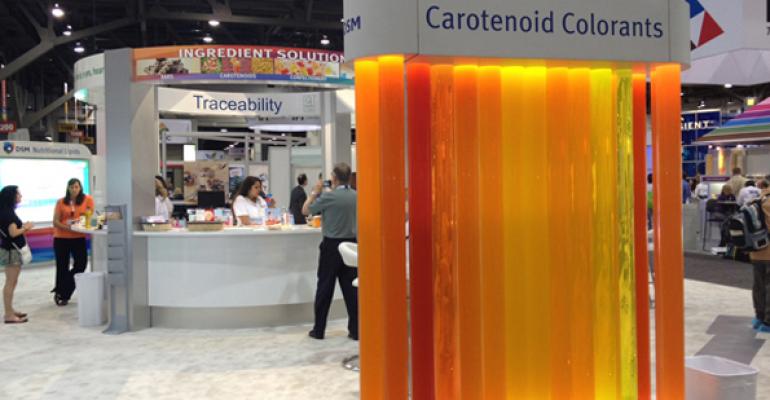 Natural label claims, probiotics and sodium reduction were among the topics that tickled tweeters&rsquo; fingertips from the recent Insitute of Food Technologists 2012 show in Las Vegas, Nevada.&nbsp; Here&#39;s a roundup of some tweets from the Engredea team and others from the show.

Here’s a sampling of tweets from the Engredea team and others from the recent Institute of Food Technologists show in Las Vegas, Nevada.  Natural label claims, probiotics and sodium reduction were among the topics that tickled tweeters’ fingertips.

@ToddRunestad: #IFT12 says it's too early to call them kings of the omega-3 world. With Martek and ONC acquisitions, hard to conclude different

@FrankeHyland: Lest you think that higher BMI is a 'result' of liking sweeter foods, it actually appears that BMI is a DRIVER of flavour preference. #IFT12

@ToddRunestad: #Probiotics are taking over the food and bev world. @GanedenBC30 is leading the way. #IFT12 booth 1037

@ToddRunestad: To sum up #IFT12 - processed foods are so 20th century. How food geeks are turning the ship of state to a new shores. http://newhope360.com/blog/processed-foods-are-so-20th-century

@Ingredion: 62% of consumers say they are budgeting their money more now than they did last year due to higher food costs. Mintel, 2011 @IFT #IFT12...

@joyofnutrition: There are 850 new breweries in planning stages every year. 1 in 3 fail every year. #IFT12

@FrankeHyland: I think there is an even bigger presence of Chinese food ingredient companies at #IFT12 this year. http://pic.twitter.com/3CDEd3zW

@FrankeHyland: Foods high in polyphenols, such as walnuts are thought to promote endothelial elasticity, reducing the risk of cardiac events. #IFT12

@joyofnutrition: 1/2 of shoppers say they compare brands with regards to the amount of #sodium being provided #IFT12

‏@CarrieDennett: Consuming blueberries and blackberries together may enhance their antioxidant and anti-inflammatory benefits #IFT12

‏@CarrieDennett: Overheard this morning from someone who works in food safety: "Fresh produce is scary." I think I'll continue to take my chances. #IFT12

@janetcabot: Stat worth pondering: 80% of vegetables are consumed at dinner but only 28% of dinners include vegetables! #ift12 @edelmanfood

@simmonora: It's all about yellow pea protein people! At #IFT12 @nutritionbizjrl @NewHope360 @IFT

@ToddRunestad: #IFT12 Khan says no space for organic gardens in Mumbai, Shangai, Sao Paolo. Food industry is for world, not 20% who can afford it.

‏@ToddRunestad: Khan asks are we a food industry or a starch, sugar and fat industry? #IFT12