HomeArchiveMonster Energy switches from supplement to beverage
Recent
Latest
4 tips to get ahead of chemical concerns in packaging
May 20, 2022
7 CBD favorites in the increasingly popular gummies format
May 20, 2022
Mission MightyMe helps parents introduce allergens to babies
May 20, 2022
UNFI's Eric Dorne to step down as chief operating officer
May 20, 2022
Trending
Whole Foods' honors 30 companies with 10th annual Supplier Awards
May 18, 2022
Getting ready for 2023: Trends for brands to consider
May 17, 2022
Sponsored Content
The rise of sustainable business – eGuide
Sponsored Content
Natural beauty market trends
Jun 16, 2021
NBJ
brought to you by 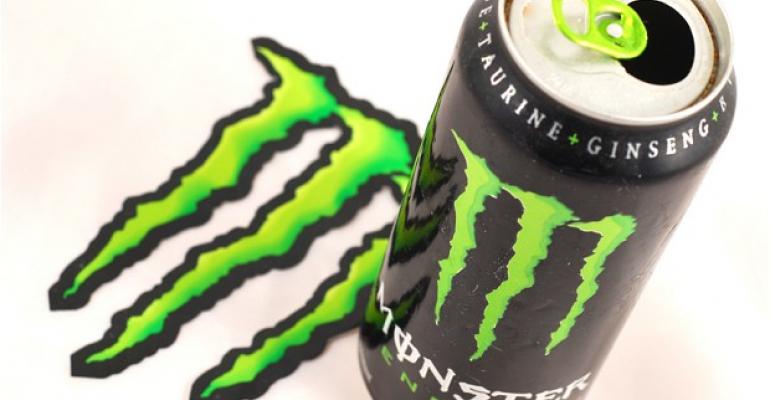 Monster Beverage Corp., announced that it will change the labeling of its energy drinks and will no longer be considered a dietary supplement.

The new label comes after increasing scrutiny over the past year after the energy drink was linked to deaths and hospitalizations. Rodney Sacks, CEO of Monster, told Beverage Digest that the change means containers will list “nutrition facts” instead of “supplement facts." These energy drinks will now be labeled as food items under the U.S. Food and Drug Administration.

This is a big step for Monster. It means they will have to follow the same federal guidelines as other beverages, including Red Bull, the number two energy drink. These new guidelines will be much stricter than those of dietary supplements. Companies have much more leeway with the ingredients they use in dietary supplements whereas products considered to be food or drinks can only used approved food additives and ingredients. However, increased scrutiny of caffeinated beverages in recent years has led certain legislators to point a (some might say misdirected) finger at the dietary supplement industry and call for greater regulation. By changing labels, Monster, a poster-child of the supplement drink conundrum, clears itself to some extent from would-be supplement hounds.

Some of the energy drink's ingredients, such as taurine may need to be removed. According to the Associated Press, taurine is not approved for use in food and is not listed as an ingredient "generally recognized as safe" (GRAS). In an August 2012 letter to Senator Dick Durbin (a vocal proponent of increased supplement and caffeine scrutiny), FDA Assistant Commissioner Jeanne Ireland said that "FDA is not aware of any GRAS determinations by FEMA or other entities for non-flavor uses of taurine." Nonetheless, taurine can still be found in prominent beverage brands. Vitaminwater, for example, uses taurine in its Power-C product, which it labels as a "nutrient enhanced water beverage."

Taurine is a nonessential amino acid that’s believed to have antioxidant properties and improves athletic performance. A lot of uncertainty surrounds whether or not energy drinks with taurine are safe to consume. It’s suggested that individuals should limit themselves to 3,000 milligrams per day.

Monster Beverage has not yet confirmed that it will be removing any ingredients from its energy drinks.

The new labeling was established with the hopes of clarifying any confusion about the amount of caffeine and other ingredients included in Monster Energy drinks, as well as identifying what the product actually is. When Monster called their energy drink a “drink” or “juice” it suggested that these beverages were conventional foods rather than supplements.

It’s unclear if critics will approve of the new change. Monster Beverage stock prices increased by 2% on Wednesday but fell back down again Thursday.