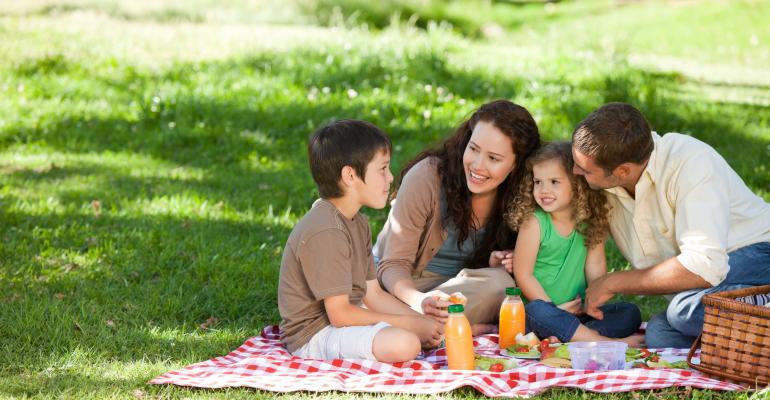 A new study conducted by the research team of Professor Raylene Reimer from Calgary University in Canada shows that the prebiotic chicory root fiber Orafti®Synergy1 from BENEO improves appetite regulation and decreases food intake in overweight and obese children, helping those children to eat less, naturally.

These findings strengthen the results of previous studies addressing the topic of weight management support by chicory root fibers in adults and children.

Keeping in mind that about one-third of Canadian and American children are overweight or obese, it is evident that methods and ingredients need to be developed to stop the obesity epidemic and to support healthy weight management.

For this study Professor Reimer and her research team aimed to evaluate the potential of OraftiSynergy1 in overweight and obese children. Forty-two overweight and obese children between the ages of 7 to 12 years were included in the study and closely followed for 16 weeks. Results were presented at the American Society for Nutrition’s Scientific Sessions at Experimental Biology 2015 in Boston and illustrate that children with 8 g daily of OraftiSynergy1 supplementation had significantly higher ratings in their feeling of fullness and satisfaction and a lower prospective food consumption. Also satiety was significantly higher with the fiber supplementation.

At an ad libitum breakfast buffet, the children consumed about 100 calories less when they had been given OraftiSynergy1 supplementation. At the end of the 16-week study, the lower food intake showed a definite impact on the children’s body weight.  BMI z-scores were significantly reduced in the prebiotic chicory fiber group, but not in the control group. These results confirmed that in the children studied, long-term intake of the prebiotic fiber OraftiSynergy1 can lead to reductions in energy intake with positive impact on body weight, a reduction in body fat and fat mass index. OraftiSynergy1 supplementation also contributes to higher satiety and fullness.

“We were very excited when we heard about these results presented at the Experimental Biology conference in Boston,” said Anke Sentko, vice president of regulatory affairs and nutrition communication at BENEO. “We know that chicory root fibers help people eat less. It is great to see that OraftiSynergy1 has the potential to contribute to the obesity fight – for adults and in particular, for children. Because the taste of chicory fiber is pleasant and can be easily integrated into daily eating, we feel that it is a good option to support healthy weight management.”

The study was funded by a grant from the BMO Financial Group, Alberta Children’s Hospital Research Institute and Canadian Institutes of Health Research (CIHR).

Earlier research in this series, including several human intervention studies with the prebiotic chicory root fibers Orafti®P95 and OraftiSynergy1, also provided positive evidence for the parameters relevant to assessing the potential of an ingredient to contribute to weight management, including:

Apart from these studies, recently published information from several research groups have provided new insights into the mechanism link, revealing that the beneficial effects of chicory root fibers on food intake result from their specific prebiotic fermentation properties and the cross-talk with the brain via the gut-brain axis. Short chain fatty acids formed during fermentation positively influence satiety regulation in the brain, reducing appetite and subsequent food intake.

Corresponding observations from an earlier study in children illustrate that OraftiySynergy1 supplementation might help avoid undesirable weight gain during pubertal growth. This one-year study was conducted by the USDA/ARS Children’s Nutrition Research Center, and Texas Children’s Hospital in Houston and found that children between the ages of 9 to 13 years who received 8 g daily of OraftiSynergy1 supplementation showed a less excessive body weight development and less body fat, in comparison with children in the control group receiving maltodextrin (a sweet starch-type product).

Professor Reimer and her team concluded that prebiotic chicory root fiber is a potential tool for the prevention and treatment of pediatric obesity.