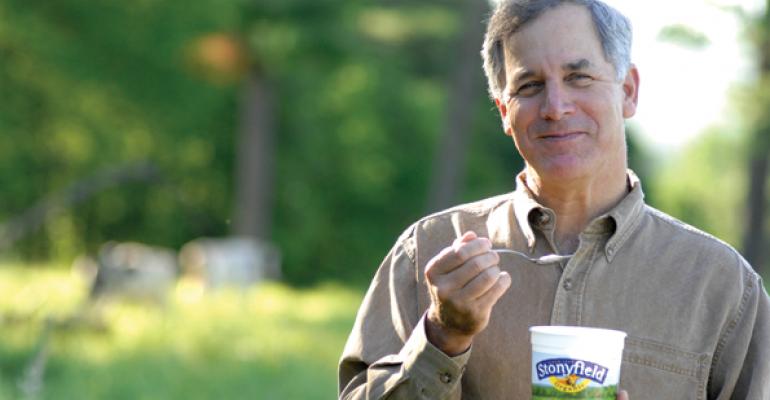 After a&nbsp;28-year tenure as Stonyfield&rsquo;s president and CE-Yo Gary Hirshberg&nbsp;is now spending most of his time advocating for labeling of GMO foods as chairman of the Just Label It campaign.&nbsp;In March, New Hope Natural Media inducted Hirshberg into its Hall of Legends.

Functional Ingredients: We're intrigued by companies that manage to keep their presence in health food stores after they go to mainstream distribution. How have you managed to do that?

Gary Hirshberg: Other than a tiny little natural foods store down the road from us there weren’t any natural foods stores in those days. So we learned our business in supermarkets. When we entered natural foods, about a year into our trajectory, we realized that it was a very different marketplace with different requirements. They had a different kind of relationship that was heavily focused on tasting, demos, sampling and consumer interaction.

When we entered Bread & Circus in 1984 [a small natural foods chain that was acquired by Whole Foods in 1992] we became the best-selling yogurt in the natural channel. But it’s not just the product. We see marketing as education. We see our opportunity and responsibility to be in the store aisle talking to consumers. So it has been a pretty natural fit.

Fi: Why has the popularity of Greek style yogurt exploded?

GH: It’s now 33 percent of U.S. yogurt sales. But we have to understand that in the U.S., yogurt consumption per capita is still extremely low. So a big first year here is a nonevent somewhere else.

What has happened is that Greek yogurt has added a mouthfeel, a texture dimension that just wasn’t here before. That’s a major driver. The second factor is nutritional. It has less carbohydrate per serving and more protein. For athletes, for people looking to reduce sugar intake, it’s a perfect solution. Finally, it’s just really delicious.

Fi: Now that you’ve stepped down as CEO are you spending a lot of time with the Just Label It campaign?

GH: I am now spending about 90 percent of my time on this campaign. We have an immensely active and growing social media-based network of citizens who are demanding transparency.

To be clear, the Just Label campaign is not an anti-GMO effort. The coalition is really about giving people the right to know. With 70 to 80 percent of corn and soy now genetically modified, I think it is just critical that American citizens have the same right that citizens have in 40 other nations to a labeling program.

Fi: Awareness of GMOs has really heightened lately, hasn’t it?

GH: The Just Label It campaign commissioned a survey and what we found is that 91 percent of Americans are in favor of labeling. Five percent didn’t care and only four percent were opposed. There was no statistical difference between Republicans, Democrats and Independents. Ninety one percent of Americans nowadays don’t agree on anything except for breathing. Any company or politician who ignores these kinds of data does so at their peril. This is kind of a take-back-America movement here.

Fi: Is your family treating you any differently now that you are officially a legend?

GH: No. The Legend took the garbage out this morning and I was turning my compost pile just like I was doing beforehand.

All kidding aside, I think the award was wonderful and it’s great to honor past achievements. But I don’t think we can afford to spend any time thinking about the past. The urgency around toxins, around climate, around water, around transparency is such that we’ve got to be fully focused on the future. While I appreciate the honor, what I’m about is the next career.