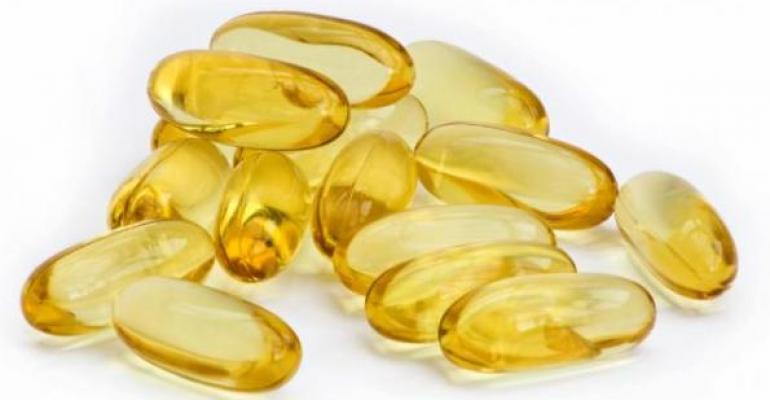 Volunteers who took fish oil supplements for several weeks had a blunted response to mental stress in several measurements of cardiovascular health.

The omega-3 fatty acids in fish oil have long been thought to protect against cardiovascular disease—so much so that the American Heart Association currently recommends eating at least two servings of fish a week, particularly fatty varieties rich in omega-3s. However, the mechanism behind this protective effect still remains a mystery.

In a new study, scientists led by Jason R. Carter of Michigan Technological University shed light on this phenomenon by providing evidence that fish oil might specifically counteract the detrimental effects of mental stress on the heart. Their findings show that volunteers who took fish oil supplements for several weeks had a blunted response to mental stress in several measurements of cardiovascular health, including heart rate and muscle sympathetic nerve activity (MSNA), part of the “fight or flight” response, compared to volunteers who took olive oil instead. The results may explain why taking fish oil could be beneficial to the heart and might eventually help doctors prevent heart disease in select populations.

The article is entitled “Fish Oil and Neurovascular Reactivity to Mental Stress in Humans.” It appears in the May edition of the American Journal of Physiology – Regulatory, Integrative, and Comparative Physiology, published by the American Physiological Society.

Methodology
Carter and his colleagues worked with 67 adult volunteers. At the beginning of the study, each volunteer underwent a battery of tests to assess cardiovascular function, including heart rate, blood pressure, MSNA, and blood flow through the forearm and calf. These tests were performed first when the volunteers were at rest, and then again while they were performing a mental arithmetic test while the investigator encouraged them to hurry, a situation designed to induce acute mental stress. The study subjects were then nearly equally assigned to take either 9 grams of fish oil per day or 9 grams of olive oil, a placebo that hasn’t been shown to have the same beneficial cardiovascular effects as fish oil. None of the volunteers were aware of which supplement they were taking. After 8 weeks of this intervention, the study subjects underwent the same tests again.

Results
The researchers found that test results didn’t change between the two groups of study subjects when they were at rest. However, results for the volunteers who took fish oil and those who received the placebo differed significantly for some of the tests during the mental stress. Those in the fish oil group showed blunted heart rate reactivity while they were stressed compared to those who took olive oil. Similarly, the total MSNA reactivity to mental stress was also blunted in the fish oil group.

Importance of the Findings
These results show that fish oil could have a protective effect on cardiovascular function during mental stress, a finding that adds a piece to the puzzle on why taking fish oil helps the heart stay healthy, the authors suggest. Future studies might focus on the effects of taking fish oil for longer time periods and examining this effect on older populations or people with cardiovascular disease.

“Overall,” the study authors say, “the data support and extend the growing evidence that fish oil may have positive health benefits regarding neural cardiovascular control in humans and suggest important physiological interactions between fish oil and psychological stress that may contribute to disease etiology.”