HomeProducts and TrendsVitamins and Supplements4 reasons why blueberries are the best
Recent
Latest
4 tips to get ahead of chemical concerns in packaging
May 20, 2022
7 CBD favorites in the increasingly popular gummies format
May 20, 2022
Mission MightyMe helps parents introduce allergens to babies
May 20, 2022
UNFI's Eric Dorne to step down as chief operating officer
May 20, 2022
Trending
Whole Foods' honors 30 companies with 10th annual Supplier Awards
May 18, 2022
Getting ready for 2023: Trends for brands to consider
May 17, 2022
Sponsored Content
The rise of sustainable business – eGuide
Sponsored Content
Natural beauty market trends
Jun 16, 2021

4 reasons why blueberries are the best 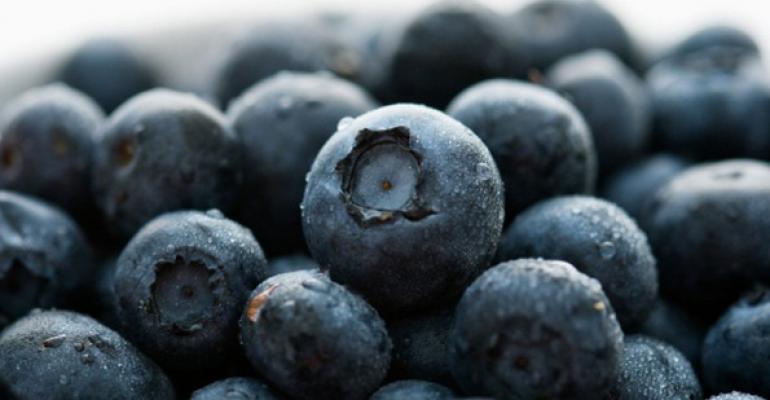 July is National Blueberry Month, and while shoppers buying in-season blueberries or filling pails picked from sunny mountainsides likely know about this tiny berry's strong nutritional punch, few are aware of the ingredient in blueberries—pterostilbene—that makes them good for us. Nor do they realize they would have to consume 500 cartons of blueberries at once to ingest the amount of pterostilbene necessary to reap the health benefits of blueberries in protecting against conditions like heart disease, diabetes and cognitive decline.

Benefits by the bushel

The good news is that pterostilbene is now available as an ingredient in dietary supplements that provides the health benefits of hundreds of cartons of blueberries in a single capsule. Pterostilbene belongs to a class of compounds called phytoalexins that are naturally produced by plants to protect them from attack by pathogens, such as bacteria or fungi.

Pterostilbene is a natural analog of resveratrol, the ingredient in grapes—and red wine—that captured the public’s attention for its role in the “French paradox,” a catchphrase coined in 1992 by a French doctor that describes the discrepant fact that the French can feast on a diet of cholesterol-rich foods such as butter, cream and cheese without suffering an unusually high incidence of heart disease or obesity. Subsequent studies attributed the French paradox to the protective effects of the resveratrol in red wine. Although the link with the French paradox stimulated scientific interest in resveratrol, some scientists maintain that, as with blueberries, extraordinary amounts would have to be consumed in order to achieve the cardioprotective benefits of the resveratrol in red wine.

The publicity surrounding resveratrol’s role in the French paradox has contributed to its popularity as a dietary supplement. But when it comes to the role of stilbenoids—the category of compounds to which both resveratrol and pterostilbene belong—in heart health, pterostilbene has it all over resveratrol because of its superior bioavailability and longer half-life.

A prospective, randomized, double-blind, placebo-controlled clinical trial at the University of Mississippi School of Pharmacy finalized in 2012, which was the first study to evaluate pterostilbene in humans, showed that:

Blueberries are a great addition to any meal—especially when they are in season as they now are. But those looking to take full advantage of pterostilbene’s many health benefits may want to turn to the more than two dozen supplements and vitamins containing this beneficial ingredient that are available on the market today.