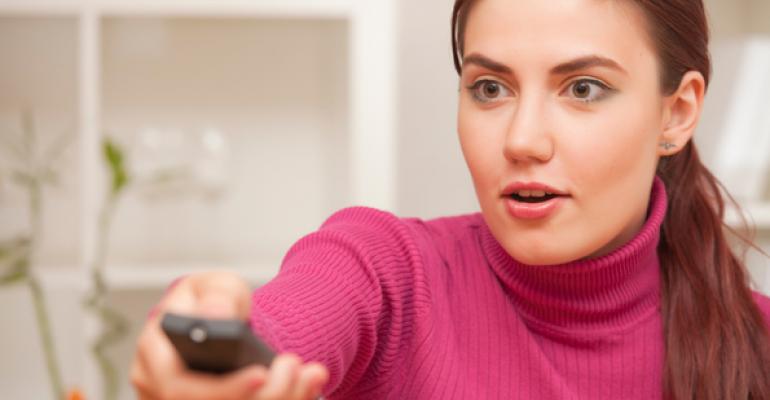 &quot;The Dr. Oz Show&quot; has gained the trust of millions of consumers. Recommendations of ingredients on his&nbsp;TV program move markets in a way that no other media mention can. Despite issues raised&nbsp;with the accuracy of some of the information relayed on the show, most in the natural products industry see&nbsp;Dr. Oz as&nbsp;a strong positive influence.

Oprah Winfrey is a phenomenon in broadcast media, a personality whose penetration in popular perception is such that she long ago ceased needing to use her surname. Another personality who got his start in broadcasting on her show is gaining similar traction in the healthy products arena, except in the case of Dr. Mehmet Oz, MD, it’s the first name that has become superfluous.

"The Dr. Oz Show," launched in 2009 by Winfrey’s company Harpo Productions, has become a go-to source of health information for millions of consumers. And recommendations on his daytime TV program move markets in a way that few other media mentions can, even the ambivalent or negative stories about supplements that often appear in other mainstream media outlets.

“What he says matters. Americans are so darn unhealthy that if sound bites from Dr. Oz is what’s going to help them, then right on!” said Sylvia Tawse, founder of Fresh Ideas Group, a Boulder, Colo.-based public relations group that represents a host of well-know natural and healthy brands. "My own little focus group for Middle America is my father, who’s 75. He called me and asked, ‘Did you hear what Dr. Oz said about diet sodas?’ That to me means Dr. Oz is reaching a very mainstream audience.”

“What he says resonates with consumers,” agreed Heather Smith, a PR specialist with NewHope360.com, who’s had some experience dealing with the show’s production staff.

Take for example the case of astaxanthin, a carotenoid ingredient with potent antioxidant and anti-inflammatory properties that’s derived from algae. A segment that first aired in January featured as a guest Dr. Joseph Mercola, DO, an alternative medicine popularizer who also markets a line of supplements. The show’s producers had asked Mercola to name a supplement that few people had heard of.

Dr. Mercola touted astaxanthin’s benefits, saying, among other things, “If you’re regularly using [astaxanthin], the odds are you can prevent cataracts.”

“This supplement is poised to become the next vitamin D,” Dr. Oz said during the same segment.

As a result, at the ingredient level, astaxanthin sales about doubled, according to Bob Capelli, vice president of sales for Cyanotech, a Kailua-Kona, Hawaii-based producer of algae ingredients. The effects were even more pronounced for some finished goods manufacturers, such as NOW Foods, based in Bloomingdale, Ill.

“His recommendations have had dramatic effects, particularly for astaxanthin, glucomannan and apple pectin,” said Neil Levin, NOW’s education manager. “We have seen 10 times growth or more in each of these products. Sometimes the sales growth is short-term and interest returns to normal by the next month. Astaxanthin has been an exception by remaining hugely popular half a year later.”

Part of the reason for astaxanthin’s staying power was its continued promotion on the part of Dr. Mercola, who operates an influential website of his own. After the show aired, Dr. Mercola launched an astaxanthin supplement with raw material supplied by Eustis, Fla.-based Valensa International.

That immediate interest can create some supply challenges that can’t be addressed as easily as printing more copies of a book when Oprah would mention a title on her show.

“Many of these niche products have few actual producers, so the supply chain is challenged to keep pace with skyrocketing demand. There have been shortages on astaxanthin, apple pectin and glucomannan this year,” said Dan Richard, national sales manager for NOW.

How accurate is the information?

Dr. Oz doesn’t always get his information spot on. Beth Lambert, CEO of Washington, N.J.-based herbal products manufacturer Herbalist & Alchemist, cited a few issues with segments on the show that focused on passionflower and artichoke. Passionflower, for example, is traditionally an herb used for relaxation formulations, she said.

“But he talked about it for weight loss,” she said. “His theory was it would make you less stressed, and when you’re stressed, you put on belly fat.”

In the case of the artichoke segment, Lambert said, a guest was displaying an artichoke globe, the fruiting portion of the plant consumers are familiar with buying in the produce aisle. But the active ingredient is actually an extract that comes from the leaf.

Lambert also noted similar inaccuracies with the way cat’s claw and Irish moss were presented on the show.

“I think he has been generally helpful,” she said. “Is everything accurate? No. Is there any harm? No.”

But, at the end of the day, “I think we’re lucky to have someone talking about supplements in a way that’s not negative,” Lambert said.

More serious issues were raised over a recent segment in which Dr. Oz revealed the results of tests on apple juice that he said revealed troublesome levels of arsenic. Experts at the Food and Drug Administration weighed in by saying the segment had not made the important distinction between the poisonous inorganic form of arsenic and the harmless organic form found in apples and in many other foods. The organic form of arsenic is ubiquitous, and citing it as a concern is irresponsible, some charged.

Don Zink, a senior scientist at the FDA’s Center for Food Safety and Applied Nutrition was quoted as saying, "We have 20 years of data from testing apple juice for arsenic, and all the data say there's simply not a health concern."

But despite this major hiccup with apple juice and some other, more minor issues with the accuracy of Dr. Oz’s information and with the precision of how it is presented, most industry sources are glad Oz is on their side.

“Programs like Dr. Oz are incredibly good for our industry,” Levin said. “He gives a professional, independent, practical and understandable view for taking supplements. Even better, Dr. Oz has not sold himself to any particular brand, so he is seen by the public as speaking the truth from science and not for dollars.”

Getting on the show

As far as how active ingredients are chosen for discussion on the show, Smith said: “Of course PR agencies are sending the show’s producers products. But they absolutely are doing the research of what’s coming out in the medical journals,” she said.

Smith suggested engaging the show’s producers via social media as one strategy to employ for suppliers seeking to place an ingredient on the show. But above all, keep it short and stay focused.

“The bottom line is you have to be persistent,” she said. "You need to know your pitch in a sentence.”