HomeProducts and TrendsVitamins and SupplementsU.S. supplement use holds steady at 68% of population, CRN survey finds
Recent
Latest
EXPO VIDEO: How did a young sparkling water brand get licensing deals with Marvel and Disney?
May 16, 2022
Beyond Meat's product launches lower Q1 profits
May 16, 2022
Sponsored Content
Exploring the CBD gummy revolution – article
Moonshot Snacks at the forefront of eco-friendly food innovation
May 13, 2022
Trending
Debra Stark’s light shines bright on natural products industry
May 10, 2022
Unboxed: 7 plant-forward ice creams to stock this summer
May 10, 2022
Hemp CBD industry struggles so far in 2022
May 10, 2022
Monitor: Consumer research on collagen shows how much education is needed
May 12, 2022 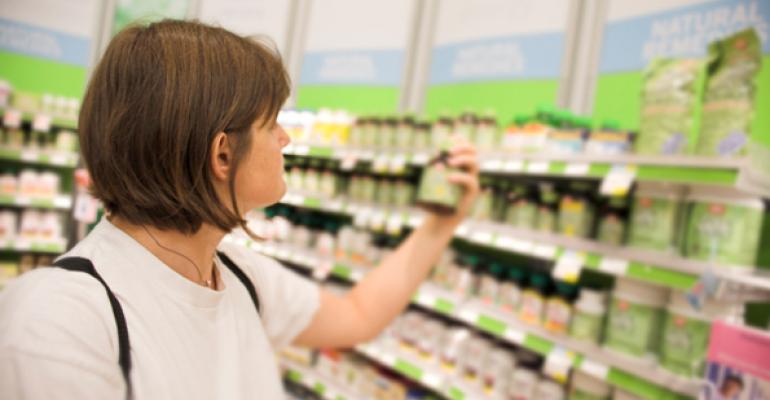 Since CRN began tracking consumer supplement usage 15 years ago, results have tended to be more remarkable for their consistency than their fluctuation.

The Council for Responsible Nutrition (CRN) released results from its annual Consumer Survey on Dietary Supplements on Thursday. Numbers held steady compared to last year's results, with 68 percent of 2,000 U.S. adults surveyed reporting that they take dietary supplements. Consumer confidence waned slightly, dropping from 85 percent in 2013 to 83 percent this year, but the dip is surprisingly small given the hits that omega-3s and multivitamins have taken in mainstream media.

Since CRN began tracking consumer supplement usage 15 years ago, results have tended to be more remarkable for their consistency than their fluctuation.

"If you look back 10 years ago to 2005, usage was 64 percent," said Judy Blatman, vice president of communications at CRN. "Since then it has fluctuated between 64 and 69 percent. But if you consider that the adult population is growing, it's impressive that we've stayed consistent at that two-thirds mark."

CRN will present more of its proprietary survey results at this year's CRN Conference, scheduled for Nov. 5-9 at the Ritz-Carlton in Laguna Niguel, Calif. The organization will also release more results from the survey via infographic in coming weeks.