'Year of the mega deal': Healthy food, ingredients among most active categories for M&A in 2015

With those kinds of numbers, 2015 will go down in the history books as the “Year of the Mega Deal.”

While these headline numbers are record-breaking, they distract from a key trend that emerged during the year. Transaction volume was up considerably in 2015, but the total number of transactions remained flat across regions and market segments. In other words, the deals are getting bigger, but the level of activity is not increasing. This was certainly true in the U.S., where total transactions declined slightly and both middle market and private equity activity began to decelerate. We saw the same thing in global financial sponsor exit volume, which fell below the record levels reached in 2014. M&A activity is certainly healthy, but could this potentially signal a deceleration in future M&A activity?

In line with the global M&A market, the volume in the U.S. nutrition industry was up significantly with bigger deals leading the charge, but in contrast to the broader market, the number of deals also rose. For the 2015 Top 10 Deals of the Year, aggregate transaction totaled roughly $29 billion, or approximately $2.9 billion per transaction—more than four times larger on both an overall volume and a per deal basis than in 2014. And while this is skewed by JAB Holding Co.’s acquisition of Keurig Green Mountain and a slew of other multi-billion transactions, the numbers of deals within the nutrition industry also increased at a very strong pace, likely reaching record levels. 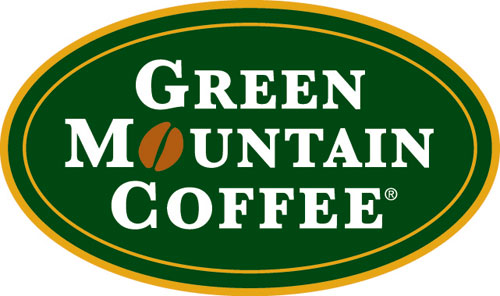 On December 7, JAB Holding, an investment vehicle of the Reimann Family, announced its third and largest acquisition in the U.S. coffee industry to date—the acquisition of Keurig Green Mountain for $13.9 billion. This transaction follows the control acquisitions of Peet’s Coffee & Tea and Caribou Coffee Company and punctuates the somewhat rocky end of life as a public company for Keurig Green Mountain, which in the recent past has been plagued by activist investor David Einhorn, beset by SEC accounting probes, management changes and more recently sluggish financial results. Despite these more recent challenges, Keurig Green Mountain will remain best known for its innovation in the coffee industry with the launch of its personal beverage system based on single-serve K-cups, revolutionizing the way consumers prepare and enjoy beverages. 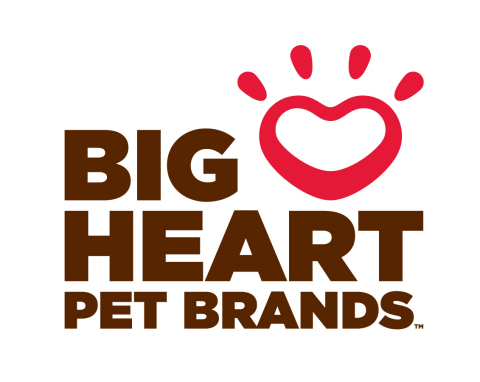 Continuing its pursuit of highly strategic M&A, J.M. Smucker on February 3 announced that it had signed definitive agreements to acquire Big Heart Pet Brands from its private equity owners for approximately $5.8 billion. Big Heart Pet Brands ranked as the largest stand-alone producer of premium branded pet food and snacks, with a stable of leading brands, including Meow Mix, Natural Balance and Milk-Bone. The acquisition by J.M. Smucker is the largest in the company’s 118-year history and added a new and highly strategic division to the company—pet food and snacks, which remains one of the highest growth areas in the center of the store. J.M. Smucker is hoping to benefit from these higher growth categories, and with the continued strong trends underlying the pet industry that appears a pretty safe bet. Only time will tell if the company’s bold foray into pet products pays off, but the company expects to achieve around $200 million in annual synergies within the first few years post close—ample “cushion” to help achieve targeted financial results.

In March, in what would turn out to be both one of the largest take-private transactions and one of the largest transactions of the year in the nutrition industry, Life Time Fitness announced that it had agreed to be taken private by two of the more prominent private equity firms in recent years, Leonard Green & Partners and TPG. The transaction was valued at more than $4 billion and followed a number of months of review of “strategic alternatives,” which is most often code in the M&A industry for “up for sale”. It also followed on the heels of activist investor Marcato Capital Management, which had amassed close to a 7% stake in the company, prompting Life Time Fitness to evaluate the conversion of its real estate assets into a real estate investment trust and adopt a shareholder rights plan prohibiting anyone from accumulating more than a 9.8% stake in the company. Life Time Fitness, which completed its initial public offering in 2004, has been experiencing significant competition from lower-priced gym and workout formats, as well as new market entrants such as Peloton, SoulCycle and CrossFit, which have been attracting workout enthusiasts at high rates.

Following less than a year after the creation of a “better-for-you” snack division in late 2014, and the rebranding of that division in early 2015 to Clearview Foods, Snyder’s-Lance announced in October that it would acquire Diamond Foods for approximately $1.9 billion, the company’s largest transaction in recent years. This addition to the company’s healthy snacks division enhances Snyder-Lance’s footprint in better-for-you snacking, adding a portfolio of iconic snack brands, strengthening its direct store delivery network and increasing the company’s overall annual sales to approximately $2.6 billion. In recent years, the company has made great strides in migrating to a healthier overall offering, acquiring key companies and brands such as Pretzel Crisps and Late July and then combining those brands and its other healthy snacking brands to form the Clearview Foods platform, establishing it as a leading competitor in the high growth snack industry.

As we have written in previous issues, the number of companies affecting significant transformation via healthier M&A is a long-term trend that is here to stay. So it shouldn’t have been a surprise when, in November, Pinnacle Foods, the owner of a portfolio of household name brands such as Bird’s Eye, Hungry Man, Duncan Hines and Aunt Jemima, announced the $975 million acquisition of Boulder Brands. This transaction highlights a significant push by Pinnacle into healthier foods. It also ends a somewhat volatile corporate history for Boulder Brands, from launching as a special purpose acquisition corporation to becoming the darling of natural and organic, and more recently having fallen on hard times due to financial performance issues and management changes. Given the company’s recent challenges, it is not surprising either that Pinnacle announced the transaction as a “synergy-rich” combination with significant synergies and the need for portfolio optimization.

While this transaction can be billed by some as merely a classic example of a company being acquired by the most logical industry competitor, the acquisition by Hormel Foods of Applegate Farms for $775 million is more than a little interesting. Not only does it rank as Hormel’s largest acquisition in the company’s history, but also it adds to the company’s portfolio the #1 brand in the natural and organic value-added prepared meats category. At a time when consumers are choosing healthier alternatives, Applegate Farms has remained true to its mission and established itself as an authentic brand within both natural and conventional grocery—by bringing transparency and clean ingredients to American staples, such as hot dogs, bacon and deli meat. This acquisition is a strong follow-on to Hormel’s Muscle Milk (CytoSport) transaction completed in 2014.

In recent years, there likely has been no company more active and prolific in healthy M&A than WhiteWave Foods Corporation. In 2015, the company continued its buying spree, adding two more significant brands to its plant-based food and beverage portfolio. In June, the company announced the $550 million acquisition of Vega, a pioneer and the leader in plant-based nutrition products, primarily focused on powdered shakes and snack bars containing nutrient-dense superfoods. This transaction was highly strategic and enabled WhiteWave to become the leader in plant-based protein, a category that has caught the attention of consumers and is experiencing some of the highest growth rates in the food industry. In August, the company announced the acquisition of Wallaby for $125 million, adding west-coast manufacturing and both Greek- and Australian-style yogurt products. The addition of Wallaby enables WhiteWave to expand its presence in yogurt, which continues to play a key role in healthy food and beverage and has been an expansion focus for the company for some time. 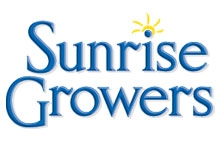 In July, SunOpta announced a transformational transaction. The acquisition of Sunrise Growers for $450 million establishes the combined company as a global leader in the high-growth frozen fruit category. The transaction added approximately $300 million in revenues—an increase of close to 25% of SunOpta’s total revenues—and is expected to result in approximately $10 million in synergies through the rationalization of procurement, logistics and other operational areas.

A Number of Notable Financings

In addition to the large number of M&A transactions within the industry, there was also a significant number of notable financings that were completed, including the initial public offerings of Amplify Snacks, Blue Buffalo and Planet Fitness, as well as the private financings of Califia Farms and Peloton, which completed financings of $50 million and $75 million, respectively.