Darryl Sullivan, the director of scientific and regulatory affairs for Covance Labs, a Princeton, N.J.-based food and dietary supplement testing lab, discusses the ORAC value, testing standards and the growth potential for antioxidants.


Q: Antioxidants have been the bright light in the health and nutrition world the past few years, but now a shadow is being cast on the category. Why?

A: The shadow may have occurred because people have overexaggerated the potential benefits of antioxidants or the sources of antioxidants. I've heard that antioxidants have prophylactic effects on cancer. That may or may not be true. There certainly hasn't been enough research to go that far. 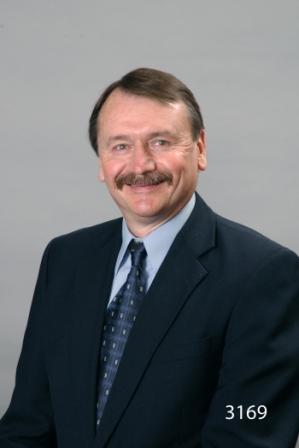 Q: What are the limitations of the Oxygen Radical Absorbance Capacity (ORAC) measure of antioxidant capacity?

A: ORAC is a pretty decent test. One criticism of ORAC is that it hasn't been standardized across the industry. Different laboratories will do testing for antioxidants, and they will be doing it ever so slightly differently, which could cause different results. If we're going to put a lot of credibility around the ORAC measure, we need to standardize that test. Organizations like AOAC International standardize test methods and validates them. I would recommend that, once standardized, the method would then become the standard test whether it's a commercial lab, industry lab or regulatory agency.

I'd like to see standardization come about through trade associations like the Institute for Food Technology. When IFT talks about an issue, they get a large number of suppliers, food manufacturers and dietary supplement companies together to work on it. The overall membership of IFT would like to see ORAC methods standardized.

Q: What else is wrong with ORAC?

A: ORAC is a nonspecific measurement. It gives you an estimate of the ORAC potential of a food product. It can be useful for looking at different formulas of a similar nature. For example, if you're evaluating cranberries in different formulas or from different geographic locations or in different growing seasons, it can be very useful. But if you're comparing an ORAC value between cranberries and blueberries, you don't get a good feeling for what the differences are and what those values mean between two very different materials.

Q: But isn't that how manufacturers and consumers use it? To compare products?

A: It works only in a general sense. A high score is relevant, but you wouldn't want to say that açaí is twice as high as blueberries. You can say açaí has a high value, and I think that's meaningful. But I wouldn't do a direct comparison to other products. You use a different test for each fruit, and there are probably different compounds in each of those berries that will have different effects. To compare fruits, we need to develop test methods that will measure the individual compounds that are in these materials that have the antioxidant abilities.

Q: How can we compare different antioxidant products today?

A: There are four or five chemical methods for measuring antioxidant potential. If you want to compare two different types of fruits, you'd need to look at all those tests because they all have strengths and weaknesses. If one particular fruit scores higher in all those tests, you'd have a pretty good argument to say that the antioxidants present in the product are the highest among the family of fruits. Again, I still wouldn't want to quantify it by saying 50 percent higher or 60 percent higher because each of those tests will have different ranges. Still, it's a pretty good indicator.

Q: Is a single test to compare products in development?

A: It is, but it isn't a high priority for regulatory agencies. The commercial industry is looking at this too, but I don't think we'll see something in months. It will probably be years.

Q: What antioxidant types show the most potential?

A: The flavonoids [in fruits]. That said, the flavonoid family is as many as 2,000 different compounds. We have to identify which compounds have the greatest effect and then develop methods to measure those. Or try to develop tests of flavonoid combinations if you can't test individual ones.

Q: What about mushrooms?

A: Mushrooms have sulfur-containing materials that are antioxidants. They don't have as high level of flavonols, and they're different. But there's an indication of beneficial effects. Mushrooms are an interesting commodity, and, in my opinion, understudied for their potential health benefits.

Q: What do you think of the category of superfruits?

A: I view it as a marketing term rather than a scientific term that I could use in the lab to quantify something.

Q: Hundreds of new antioxidant products have been launched in the past couple years, according to market research company Mintel. What impact will research discoveries or measurement standards have on suppliers and manufacturers in the short and long term?

A: People will continue to pursue this area because most of these materials are coming from natural sources. People are attracted to natural sources rather than chemical fortification of vitamins.

Q: How should these products be marketed?

A: There's a lot of exaggeration. When there's something good, people try to make it great. Manufacturers should give consumers as much information in layman's terms rather than flashing ORAC scores to people who have no idea what they're talking about.

Q: Where should researchers focus next?

A: We need a lot of clinical research to see what, in the biologic system, antioxidants' effects are. And we need to identify what these compounds are and how we're going to go about measuring them. The National Institutes of Health is very interested in antioxidants, and it is doing a fair amount of clinical work now. A number of universities are doing some, but it's expensive research.

I'd like to see companies fund research, but I think they're hesitant because they don't know exactly which way to go. There have been swings where suddenly you hear negative comments about antioxidants. I read one study that said coffee has catechins, which are antioxidant compounds. The next study said that caffeinated coffee causes an increase risk of stroke. It goes back and forth. Industry is confused about where to invest. But anytime you talk about antioxidants in a manufacturing environment, it gets companies' attention. They're interested.

Q: Is there still promise for antioxidants?

A: I think that the science itself is still very strong, and the opportunity in the food and dietary supplement industries is still very strong. It's an exciting area. There's a lot of growth potential. We have a lot to learn about what antioxidants are, what compounds have the greatest effects, how we measure those compounds and how we can develop new and improved food and dietary supplements. It could give consumers a lot of valuable information about the health benefits of a lot of well-known commodities and some lesser-known foods that we haven't paid attention to.

Antioxidant-rich veggies may add years to your life
Nov 23, 2010

The future of antioxidant research and ethical marketing
Jul 05, 2011