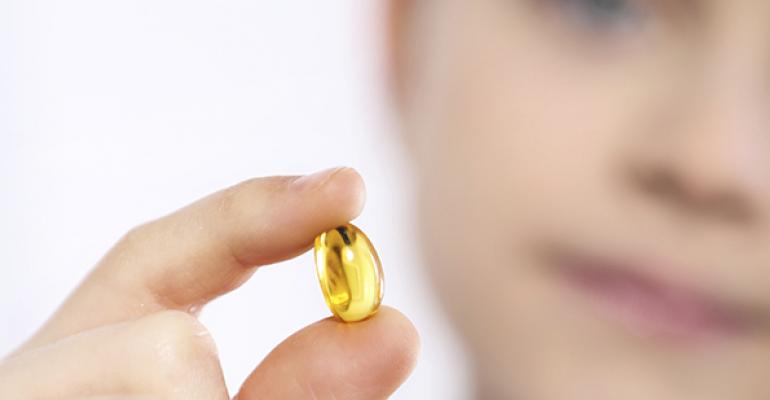 In a recent study published in April 2014, the&nbsp;phosphatidylserine&nbsp;supplement resulted in significant improvements in ADHD symptoms, including short-term auditory memory, inattention and impulsivity.

Our daughter recently was diagnosed with ADHD. The diagnosis was not done in the way most American families typically learn: the 10- or 15-minute visit by the physician followed by the scribble on the prescription pad for Ritalin or Adderall. This is why there is an overdiagnosis of ADHD and an overprescription of these stimulant drugs.

We actually paid a psychologist a lot of money to meet with us parents twice and our daughter for a pretty intensive, daylong battery of assessments.

Most kids don’t get a diagnosis until they’re in middle school or high school. We caught ours early—mostly because my wife is a special ed teacher and is sensitive to such things. Which is the good news, because it allows us more time to discuss and implement alternatives to pharmaceuticals.

Being a nutritional supplements guy, my first thought turned to lipids. That’s because the brain is about 60 percent fat. Deficiencies in long-chain omega-3s—we’re talking DHA and EPA here—have been linked to a number of developmental and learning problems, including ADHD. This has led researchers to investigate whether supplementing with healthy lipids might ameliorate some of these problems.

In 2007, Australian researchers gave 132 students aged 7 to 12 years with elevated scores on the Conners ADHD Index either omega-3s, omega-3s plus micronutrients, or placebo, for 15 weeks. While teachers did not notice any changes, among parents there was “significant medium to strong positive treatment effects.” The micronutrients had no effect. Researchers thought that teachers in large classrooms with no knowledge of the study were not sufficiently engaged in individual students’ behaviors to notice any changes

Another group of researchers gave omega-3s for 12 weeks to 41 children aged 8-12 years with both specific learning difficulties and above-average ADHD ratings. They found significant improvements on seven out of 14 scales compared with zero for the placebo group.

A 2012 trial using 600 mg a day DHA from algal oil found behavioral improvements judged by parents in six of seven scales from a subset of children whose baseline reading skills were in the lowest 20th percentile. The researchers described the DHA as having “modest benefit.”

Which all sounds pretty promising for high concentrates of the omega-3s EPA and DHA—but not so fast! A 2012 meta-analysis of 13 trials with more than 1,000 participants concluded that, “Overall, there is little evidence that PUFA supplementation [omega-3 DHA plus EPA] provides any benefit for the symptoms of ADHD in children and adolescents.” They did note that some trials showed improvement.

So what’s a hopeful (desperate?) parent to do? Dig into more research! There’s more than one fat in your head. I’m thinking phospholipids—these fats are a major component of all cell membranes, and have been shown to increase the bioavailability of practically everything they touch.

This follows up a pair of studies conducted in 2013 by a team of researchers working in the ADHD Unit of Geha Mental Health Center in Israel on phosphatidylserine complexed with omega-3s. The results of this 30-week study on 150 children found the 300 mg a day lipid complex reduced symptoms in a subgroup of hyperactive-impulsive, emotionally and behaviorally dysregulated ADHD children.

The second study assessed the safety of the PS-omega-3 complex and found no negative effects on body weight or growth. This was unsurprising, but notable, because typical ADHD pharmaceutical drug options such as Ritalin are amphetamines, which are known to decrease children’s appetites and lead to concerns about growth and weight gain.

This type of combination was repeated again in 2011 by different researchers using 300 mg PS with 120 mg EPA plus DHA on 200 children for 30 weeks. Both parents and teachers noted improvements, especially in the overall ADHD index and hyperactive components. It seems that perhaps a combination of the phospholipids with omega-3s may work best of all.