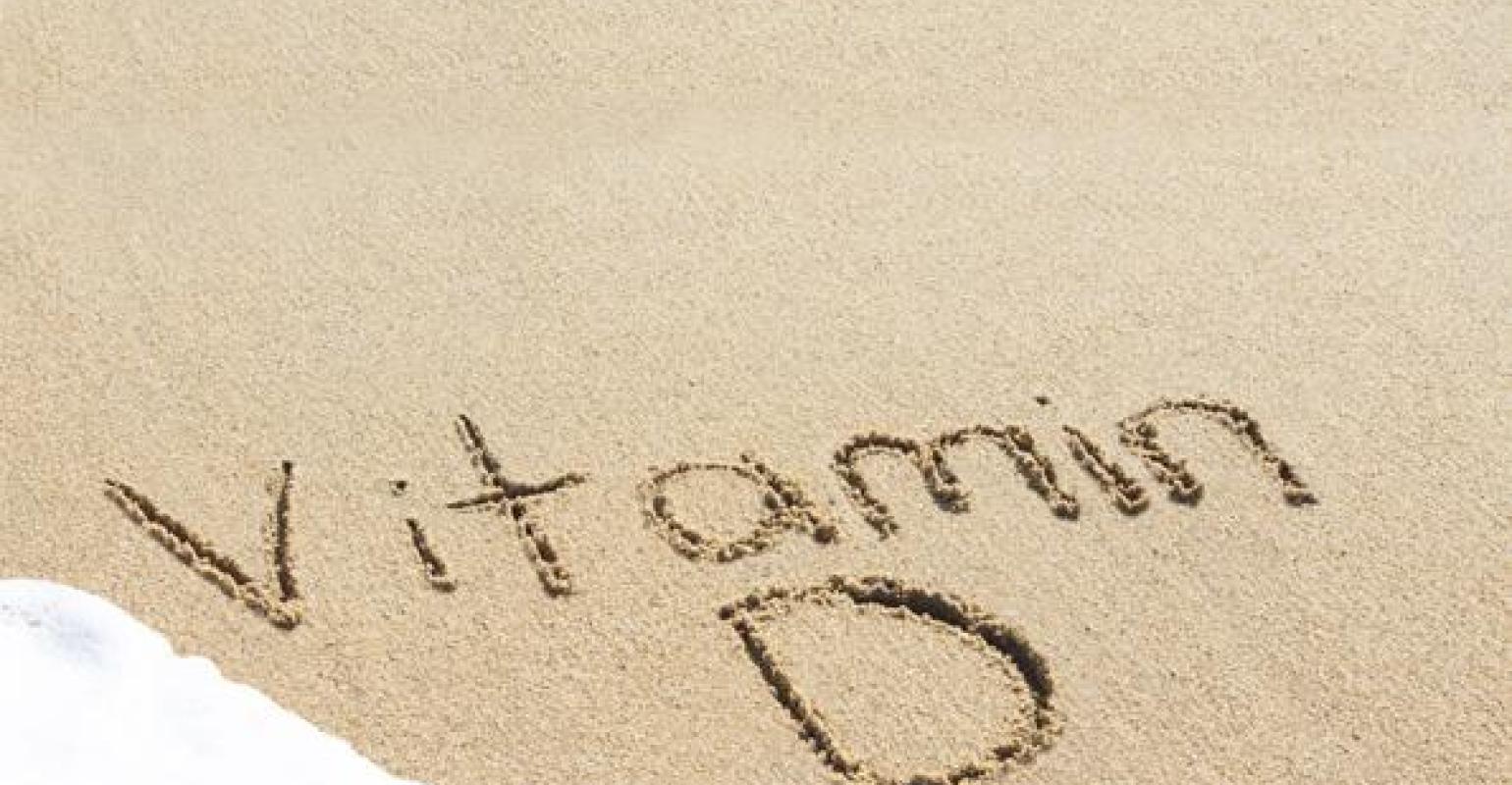 Vitamin D saves lives, say 2 new studies. Or does it?

Get a load of the range of headlines after last week’s vitamin D studies:

Philly.com: “Jury still out on benefits of vitamin D”

Yahoo News: “Higher levels of vitamin D might save your life”

The first study looked at 73 observational studies with almost 850,000 participants, as well as 22 randomized controlled trials with more than 30,000 participants using vitamin D alone versus placebo or no treatment. The researchers found that, in the observational studies, that the risk of death from cardiovascular disease, cancer and other causes was significantly higher for those who did not take vitamin D supplements.

They also found that those who supplemented with vitamin D2 had no benefit, whereas those taking vitamin D3 had an 11 percent reduction in mortality from all causes compared to adults who did not supplement. Vitamin D2 is often used by vegetarians because D3 comes from lanolin derived from sheep wool. I must say, I’m pretty sure we’re doing the sheep a favor to shave off all that wool in the middle of summertime, so why the vegetarian angst?

Regardless, this is great news for D3. The researchers wrote, “Supplementation with vitamin D3 significantly reduces overall mortality among older adults. However, before any widespread supplementation, further investigations will be required to establish the optimal dose and duration.”

As for duration, think about where we get most vitamin D if not from supplements: the sun. So, if you’re a person who works inside, or if you’re anybody in the season when the sun is too low to give much benefit, supplement every day. “In wintertime, everybody has to supplement,” said Brant Cebulla, Development Director at the Vitamin D Council. “In New York City or Boston you won’t raise your vitamin D levels in wintertime.”

Before I go on, a word about meta-analysis: I have issues with meta-analysis because of the potential for bias – they combine results of studies that might be similar but are rarely the same, so they have within them an “essential conundrum,” as Aldo Bernasconi, director of information and research at GOED, the Global Organization for EPA and EHA Omega-3s, put it. “On the one hand, a meta-analysis has a greater chance of resolving a question because more subjects are included. On the other hand it has a smaller chance because the studies are never absolutely similar.”

Okay, thanks for letting me get that out of the way. What’s up with the second study?

The second meta-analysis looked at vitamin D’s role in death from cardiovascular disease, cancer or other conditions, and found that those who had low vitamin D levels in their blood tended to have increased risk of death from cardio disease, cancer and other causes. If the people in the 14 trials assessed here were taking vitamin D supplements, their risk of death was cut by 11 percent.

An editorial was published along the studies – this is the part where anti-supplement researchers make blanket pronouncements to never take a supplement. Naveed Sattar and Paul Welsh from the British Heart Foundation Research Centre at Glasgow University said that the benefit from vitamin D3 “seems remarkable.”

And this is where I’d like to introduce a new phrase to your vocabulary: “pleiotropic effect.” Simply put, this is where one item can have multiple effects. Renowned vitamin D researcher Robert Heaney, MD, characterized it by saying that inside every cell in the body is a file cabinet that contains blueprints for every potential microbial interloper the body might encounter, and that vitamin D holds the key to that file cabinet. In effect, vitamin D helps the body’s cells be more efficient. Or, to be cool, you can just say vitamin D has a pleiotropic effect in the body.

“Observational research shows higher levels are good, you need vitamin D,” said Cebulla. “There are vitamin D receptors in cells all over the body. It could have a vast influence on an array of diseases.”

But the researchers also said there are shortcomings to the vitamin D research vault.

They said of 137 different health benefits linked with vitamin D, only 10 had been thoroughly tested, and only one with a benefit: birth weight and mother’s vitamin D levels late in pregnancy. And even then they only put the birth weight meme as “probable.” Not bone health – which the IOM in 2010 conceded was its only benefit when it raised recommended intake levels. Not immune health. Not certain cancers. Not cardio health. No talk of pleiotropic effects here!

And that’s because the researchers couldn’t put their fingers on the pleiotropic effects. And fair enough, perhaps – there is certainly a correlation between low vitamin D levels in the body and significantly heightened incidences of heart disease, cancer and death. But which came first – the low vitamin D levels, or the disease?

“There is something about certain diseases that seems to either be depleting the body of normal levels of vitamin D, or the low levels are contributing to the disease,” said Duffy MacKay, N.D., senior vice president, scientific and regulatory affairs, at the Council for Responsible Nutrition. “In either case, where patients present with insufficient levels of this critical nutrient, supplementing with vitamin D makes sense—whether it actually slows the progression of the disease or rather helps to replace the depleted nutrient levels being caused by the disease."

“There are very few things that provide clear cut scientific evidence when you’re talking about chronic disease,” said MacKay. “And if adding a simple vitamin D supplement might provide even probable benefits in this area-as one of a host of healthy habits - we should encourage that step."

Does this unsolved enigma about vitamin D’s pleiotropic mechanism of action make the public health case more difficult for widespread vitamin D intake – whether by sun or by supps?

“Oh, sure,” said Cebulla. “When these systematic reviews come out, they’re good, but what’s damaging is journalists who decide how to spin it. Nobody in our office or vitamin D researchers would disagree with what’s found because we need more research. But the way journalists spin it is damaging to a certain extent.”

Can we trust the science?

The BMJ researchers contented themselves, at last, by counseling against “a green light for widespread D3 supplementation.” Why is that? Get a load of this:

"Some may argue that supplementing those who are apparently ‘deficient’ is cheap, but patients may gain false reassurance from prescription of a ‘protective’ tablet,” they write. "To improve health and prevent chronic disease, we should stick to what is proven: encourage better lifestyles in general and target established risk factors in people at elevated risk," they conclude.

I ask you this: If instead of supplementing, people should just eat healthier (we don’t and likely won’t), get more exercise (good luck with that, commuter), and stop all our fun-loving vices (where’s the fun in that?), why isn’t this advice the conclusion of every trial into every pharmaceutical drug? Because, if people had only lived healthier lives to begin with, there would be no need to put them on a pharmaceutical drug to end with! Why don’t we ever read those conclusions from these researchers?

To the research community’s credit, a vitamin D study using 2,000 IU/day vitamin D is under way, with results expected in 2017. The VITAL study will also be using 1g/day omega-3 fish oil with the vitamin D on 20,000 patients to assess the nutrients’ cardio effects. But when the results come in, which is better, vitamin D or fish oil? We won’t exactly know. So the research will have to continue to march on.

But I will remain a little skeptical. And that’s because most available trials continue to test low doses of supplements in relatively low-risk populations, as noted in last month’s American Heart Journal.

And the lead investigator on the VITAL trial is Dr. JoAnn Manson, who served on the IOM panel that was decried for raising the recommended daily value of vitamin D to only 800 IU/day, max. Manson, who is professor of medicine at Harvard Medical School and chief of the division of preventive medicine at Brigham and Women’s Hospital in Boston, was previously lead researcher in the Women’s Health Initiative calcium/vitamin D trial, which used only 400 IU/day vitamin D, thereby perpetuating the scandalously low levels of vitamin D used in a study. However, even then, that WHI study, which used the 400 IU vitamin D along with 1,000 mg calcium, found that, after two years of supplementation, women had significantly lower LDL cholesterol, higher HDL (good) cholesterol, and lower total cholesterol levels.

In a vitamin D review also published last week, Manson found “inconclusive” evidence for vitamin D on cardiovascular health – WHI study results notwithstanding, apparently – but concluded anyway that “the recommended dietary allowances from the Institute of Medicine remain the best guidepost for nutritional requirements.” Which is scandalous, considering that the IOM recommendation was ultimately for bone health, bone health only and refused to take the bait on any other health condition for vitamin D.

So for the under-way VITAL study (which is testing both vitamin D along with 1g/day omega-3 fish oil), lead researcher Manson – who might otherwise be applauded for testing 2,000 IU/day in a clinical trial – still had this to say: “Although the omega-3s haven’t made headlines as often as vitamin D lately, scientific research regarding their health benefits remains promising though inconclusive.”

Color me more skeptical: Fish oil health benefits are “promising though inconclusive”? Really? I didn’t think that was true. So I called Adam Ismail, executive director at GOED, the global organization for EPA and DHE omega-3s. He said, “There are no other nutrients with more studies in humans than omega-3s, but there are a few other pharmaceuticals – aspirin and penicillin, which are pretty well-founded. We know omega-3s reduce blood pressure, we know omega-3s reduce triglycerides, we know they reduce coronary death by 10 percent. This is well-established.”

It was also noted this week that the number of people being diagnosed with vitamin D deficiency has tripled in the United States between 2008 and 2010.

Stay tuned. Summer is on its way. In the meantime, we bring you this.